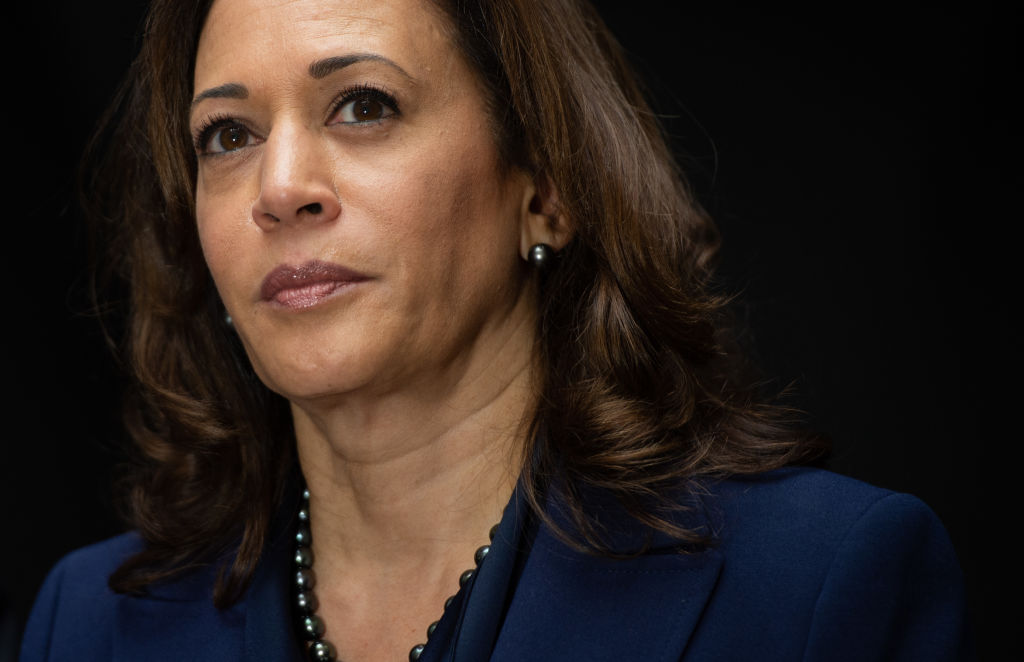 Hindu groups in the US have sought an apology from the niece of Senator Kamala Harris for tweeting an “offensive” image, which depicted the Democratic vice presidential nominee as goddess Durga.

The tweet has now been deleted by Meena Harris, 35, who is a lawyer, a children’s book author and the founder of the Phenomenal Woman Action Campaign, an organisation that works to bring awareness to intersectional social causes.

“Your tweeting a caricature of the feminine divine, Maa Durga, with faces superimposed, deeply aggrieved many Hindus globally,” Suhag A Shukla of the Hindu American Foundation said in a tweet on Monday.

Rishi Bhutada of the Hindu American Political Action Committee said the “offensive” picture was not created by Meena Harris herself. It had been circulating on WhatsApp prior to her tweet and the Biden campaign confirmed to him that the image was not created by it.

“Given that, I personally believe that an apology should come from Meena Harris even though she did delete the tweet, and no one else. Our religious iconography should not be used in the service of politics in America — I said the same when the Fort Bend County GOP did it in an ad in 2018, and it holds the same here,” Bhutada said.

Ajay Shah, convener of American Hindus Against Defamation, said in a statement the image has offended and outraged the religious community.

In the now deleted tweet, a screenshot of which is being retweeted by some people, Meena Harris says: “I am actually speechless, other than to say that the first day of Navaratri was LIT.”

In the image, Kamala Harris, depicted as goddess Durga, was seen killing US President Donald Trump, who was depicted as buffalo demon ‘Mahishasura’. The image also showed Democratic Presidential nominee Joe Biden as a lion, the ‘vahana’ (vehicle) of the goddess.

“If you think you are going to win Hindu votes by mocking us, think again. This image is highly offensive and insulting to Hindus. Our Divinities are NOT cultural curios for you to mock and trivialise. And you delete without an apology?” noted author Shefali Vaidya said in a tweet.

Over the weekend, Joe Biden and Kamala Harris had greeted Hindu community in the US on Navratri and wished for victory of good over evil once again.

“As the Hindu festival of Navratri begins, Jill and I send our best wishes to all those celebrating in the US and around the world. May good once again triumph over evil – and usher in new beginnings and opportunity for all,” Biden, 77, had tweeted.

“@DouglasEmhoff and I wish our Hindu American friends and family, and all those celebrating, a very Happy Navratri! May this holiday serve as an inspiration to all of us to lift up our communities and build a more inclusive and just America,” 55-year-old Senator Harris had tweeted.

GET YOUR JEWELLERY VALUED

Rajinikanth to be awarded the prestigious Dadasaheb Phalke Award