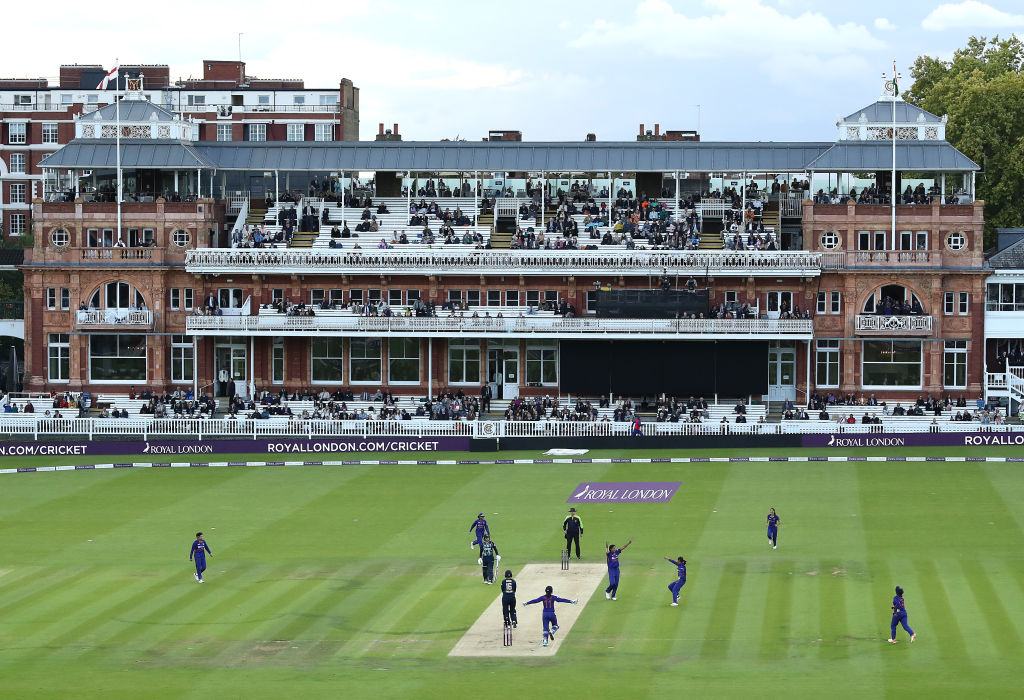 LONDON, ENGLAND – SEPTEMBER 24: Jhulan Goswami of India celebrates after taking the wicket of Kate Cross of England during the 3rd Royal London ODI between England Women and India Women at Lord’s Cricket Ground on September 24, 2022 in London, England. (Photo by Ryan Pierse/Getty Images)

The England and Wales Cricket Board (ECB) is believed to be investigating a ‘high-profile’ player following claims that he hurled racist slurs at his former team-mate years ago.

According to a Sportsmail report, the player in the eye of the latest storm hitting English cricket used the derogatory word P*** against his fellow county player several times.

The claimed racist abuse took place during training and in changing rooms between 2014 and 2016 and a senior player is believed to have reprimanded him after overhearing the slurs on one occasion.

The cricket regulator’s investigation began “in the last three weeks”, the report said but declined to name the alleged offender, citing legal reasons.

An ECB spokesman told the newspaper: “We do not comment on who is or isn’t the subject of ECB investigations in situations such as this.”

This development comes as the ECB is taking initiatives to tackle discrimination in cricket after former Yorkshire spinner Azeem Rafique shook the sport, saying he had been subjected to racist abuse during his playing years.

He had alleged racist treatment and harassment by his teammates and officials at his county club, which the ECB investigated. Seven senior players also came under the scanner.

After their meeting in London in August, Rafiq said he hoped Ballance would become “part of the solution” in the fight against racism.

In July this year, the board of the Scottish cricket federation resigned after a damning independent review alleged the existence of institutional racism.