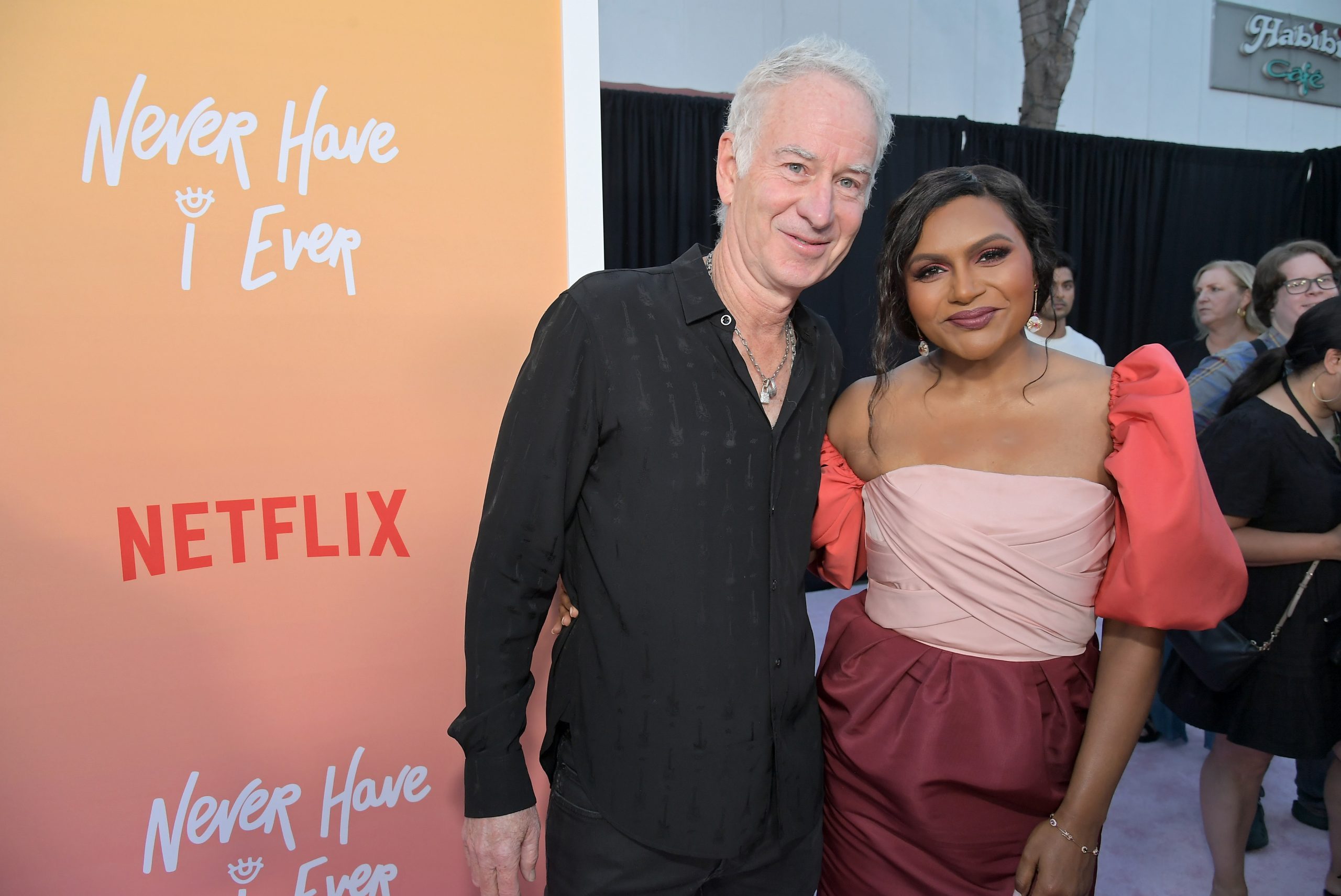 While a lot of people know him as a legendary tennis player, to some, John McEnroe will always be known as the voice and narrator of Netflix’s hugely successful coming-of-age comedy, Never Have I Ever, co-created by Mindy Kaling.

McEnroe credits Kaling for thinking outside the box when it came to casting the voice inside Devi Vishwakumar, an Indian American teenage girl going through major life changes following the sudden death of her father.

“Who would’ve thought that I would be the sort of psychologist or uncle or advisor to an 18- or 17-year-old Indian American girl going through high school, so I got to credit Mindy Kaling,” McEnroe tells a publication while promoting his Showtime documentary, McEnroe.

He goes on to add, “It turned out her father was a big tennis fan and must’ve talked about me a lot when she was growing up. He was in India and it’s sort of her story.

McEnroe recalled meeting Kaling at a Hollywood party one year. “I met her at this Vanity Fair Oscar party and we were just crossing paths and (my wife) Patty (Smyth) goes, ‘Oh, that’s Mindy Kaling!’” he shares.

“I wasn’t even sure who it was then and (Mindy)’s like, ‘Oh my god, I have this idea of you narrating this show,’ and I’m like, ‘Oh yeah, yeah, sure you do. Of course, I’m gonna narrate this show.’ … And then, hey, it actually — this is actually working!”

“It’s been gratifying ’cause people have always said, ‘I recognize your voice, so here’s your chance to prove it,” McEnroe adds.

The third season of Never Have I Ever is currently streaming on Netflix.