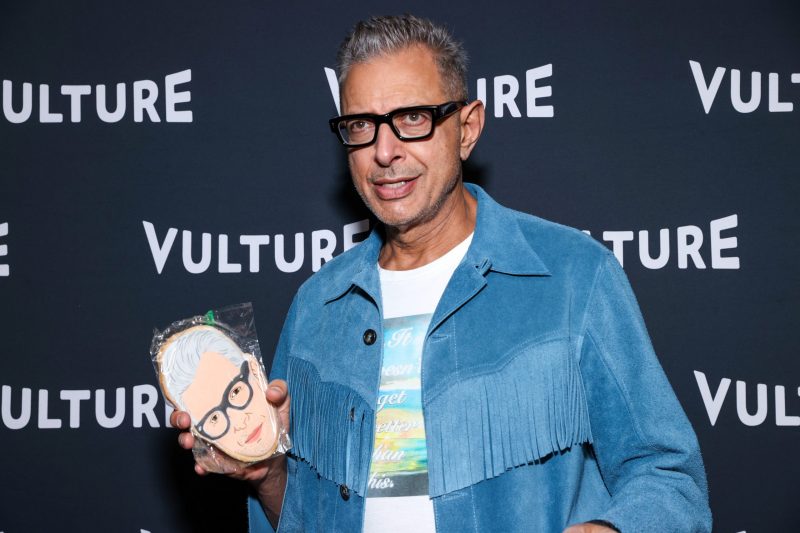 Hollywood star Jeff Goldblum has been in love with Indian culture and cuisine for years now. His tryst with the country of multiculturism began with filmmaker Wes Anderson’s dramedy The Darjeeling Limited (2007), which was primarily shot in the north Indian state of Rajasthan. Before The Darjeeling Limited, he felt a little exposed to Indian culture through the film, The River.

In an interview, Goldblum confesses that his love for India was further strengthened by his inclination towards Indian spirituality. “I have been a little exposed to Indian culture through the film, The River, and then because of Wes Anderson, who went to India and made a film,” Goldblum says and, on the video call, goes on to show paintings of Indian spiritual gurus Yogananda and Muktananda at his house.

The 69-year-old continues, “I have been a kind of a devotee and been exposed to Indian spiritual thought. The painting of Yogananda on the wall has been done by my sister, who is also very into the culture. So, I have read about it a lot, and have been very interested in it.”

Talking about his love for yoga, he said, “I am not a yogi. I am a student of yoga from what I understand it to be and do meditation. I have been exposed to much in that realm. My studentship has only led me to more humility. I have realised how little I know and how much I have got to go to keep training myself and in how to live life correctly and in an optimal way.”

It’s not just the Indian culture and spiritualism that has stolen Goldblum’s heart, he is fond of Indian food as well. “I can tell you honestly that I am crazy about Indian food. I love it to pieces. I eat too much of it when I have it because it is the most delicious food I think on Earth,” he says.