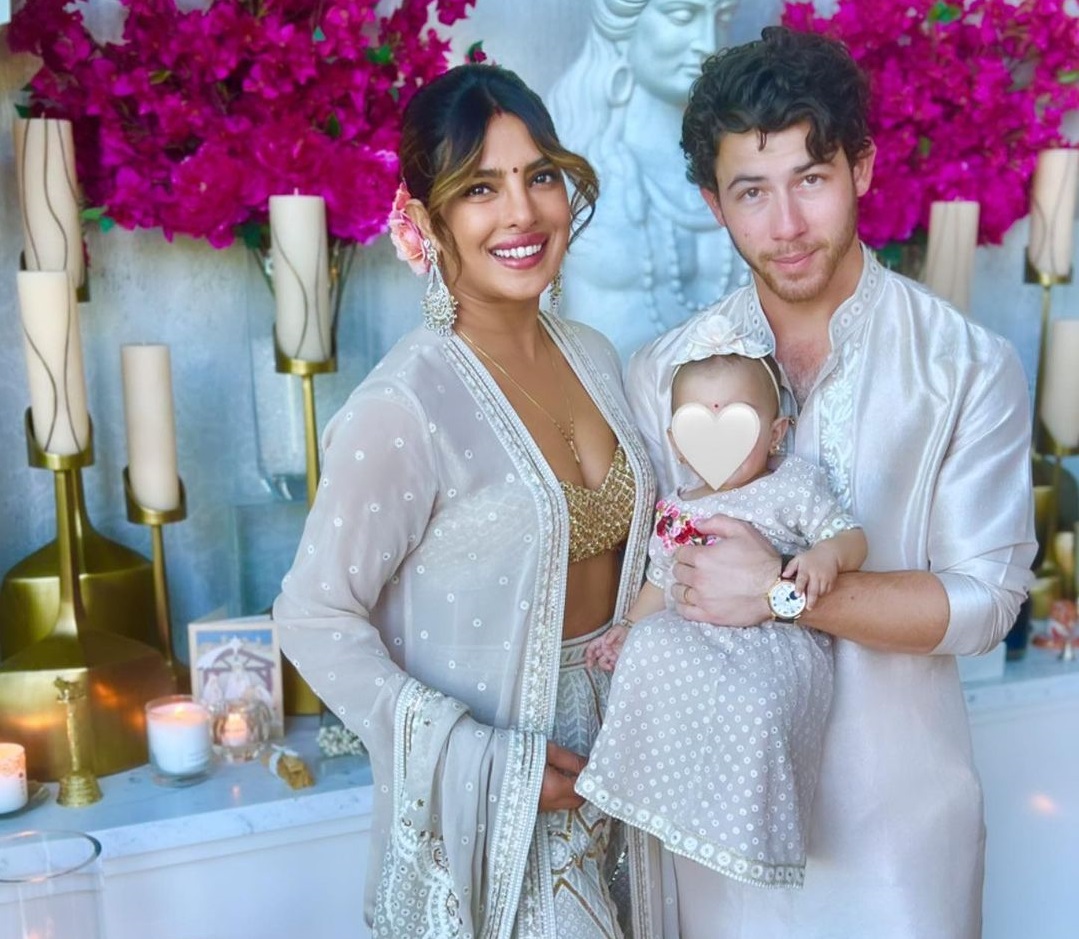 Taking to his Instagram handle, Nick treated fans to a family picture from Diwali puja.

In the first picture, the ‘Mary Kom’ actor is seen in a white-golden three-piece outfit matching with her husband and Malti Marie.

In the next picture, Priyanka is seen performing puja while holding baby Malti in her arms, whose face has been hidden with a heart emoticon.

Sharing the pictures, he wrote, “Such a beautiful Diwali celebration with my heart. Happy Diwali everyone. Sending joy and light to you all. #diwali.”

Priyanka and Nick Jonas got married in a Christian and a Hindu ceremony in Jodhpur’s Umaid Bhawan Palace on December 1 and 2 in 2018. Later, the couple also hosted two receptions in Delhi and Mumbai. In January 2022, the two announced that they welcomed daughter Malti Marie via surrogacy.

Moving on to Priyanka’s work front, Priyanka will be seen in international projects such as ‘It’s All Coming Back To Me’, and the series ‘Citadel’. Produced by Russo Brothers, ‘Citadel’ will hit the OTT on Prime Video. The upcoming sci-fi drama series is being directed by Patrick Morgan and stars Richard Madden alongside Priyanka.

In Bollywood, she will be starring with Alia Bhatt and Katrina Kaif in Farhan Akhtar’s ‘Jee Le Zaraa’, which promises to be another tale of friendship following the lineage of ‘Dil Chahta Hai’ and ‘Zindagi Na Milegi Dobara’, both of which have become cult classics over the years. (ANI)