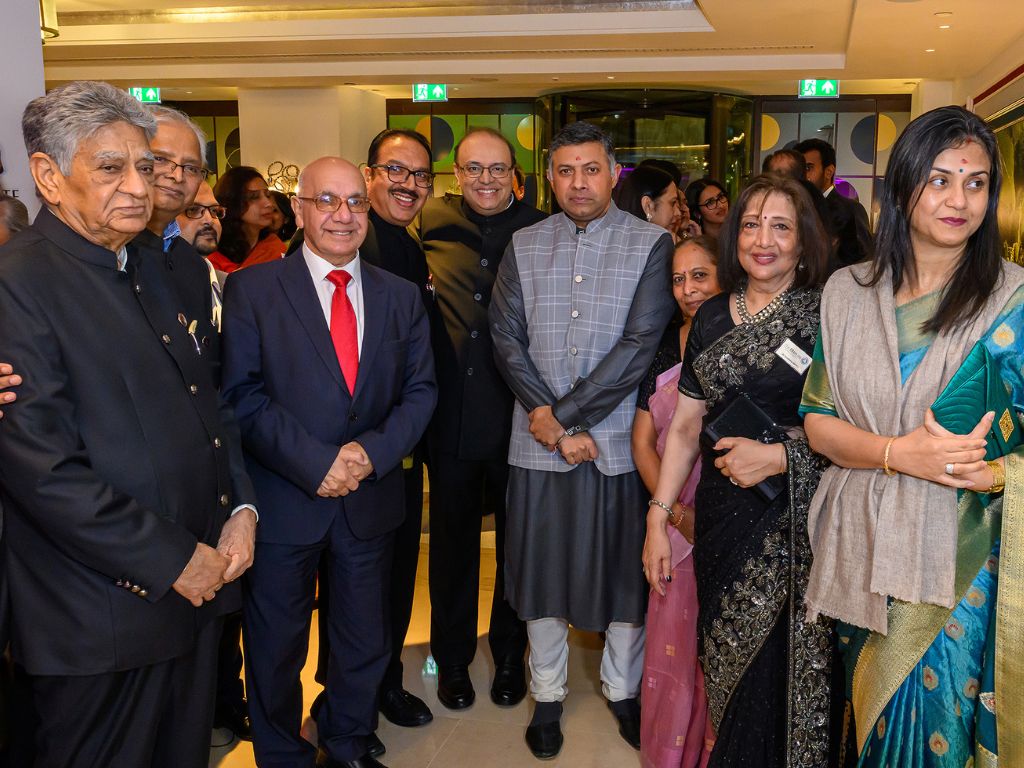 The Bhavan on Saturday (19) organised its annual Diwali Gala which saw the presence of a warm and receptive audience of patrons, supporters, and artists.

The event took place at the Biltmore hotel in Central London.

The event saw the presence of His Excellency (HE) Vikram Doraiswami, the high commissioner of India to the UK as its chief guest.

Rama Gheerawo, the master of ceremonies, created a lively atmosphere with his interesting talks and interactions.

The event began with a vibrant percussion ensemble performance, followed by a short film documenting the Bhavan’s events and activities.

The Bhavan’s chairman Subhanu Saxena gave the welcome address and spoke about the responsibility of carrying forward the legacy. He thanked the chairman emeritus, Sri Joginder Sanger, for his contributions.

He also thanked Surekha Mehta, vice chairman of The Bhavan, for all the arrangements.

Krishnan Guru-Murthy, lead anchor of Channel 4 News, spoke about his family’s association with The Bhavan for decades; and how The Bhavan’s work not just propagated culture, but also brought generations of the Indian diaspora together to immerse in classical arts.

HE Doraiswami’s eloquent speech, which was one of the high points of the event, was very well received and appreciated. He spoke about how the arts are an integral part of the Indian way of life, and the preservation of life and culture are not dichotomous.

The universal qualities of ‘satyam, shivam, sundaram’ make up the concept of ‘dharma’, echoing the words of the poet Keats when he said, “Truth is beauty, beauty is truth.”

The Bhavan is a synonym for all the above qualities and has preserved the unique spirit of our heritage while also innovating in the arts, he said. The Bhavan’s dance students presented a wonderful performance showcasing the classical dances of Bharatanatyam, Kathak, and Odissi.

Mehta, who was also the overall in charge of the entire event, gave the vote of thanks, expressing her gratitude to HE Doraiswami, Guru-Murthy, and others.

The event, which concluded with dinner, was warmly received by the patrons and supporters of The Bhavan which vowed to continue its work in the classical arts.