Have not rescued anyone alive from the plane crash site: Nepal Army 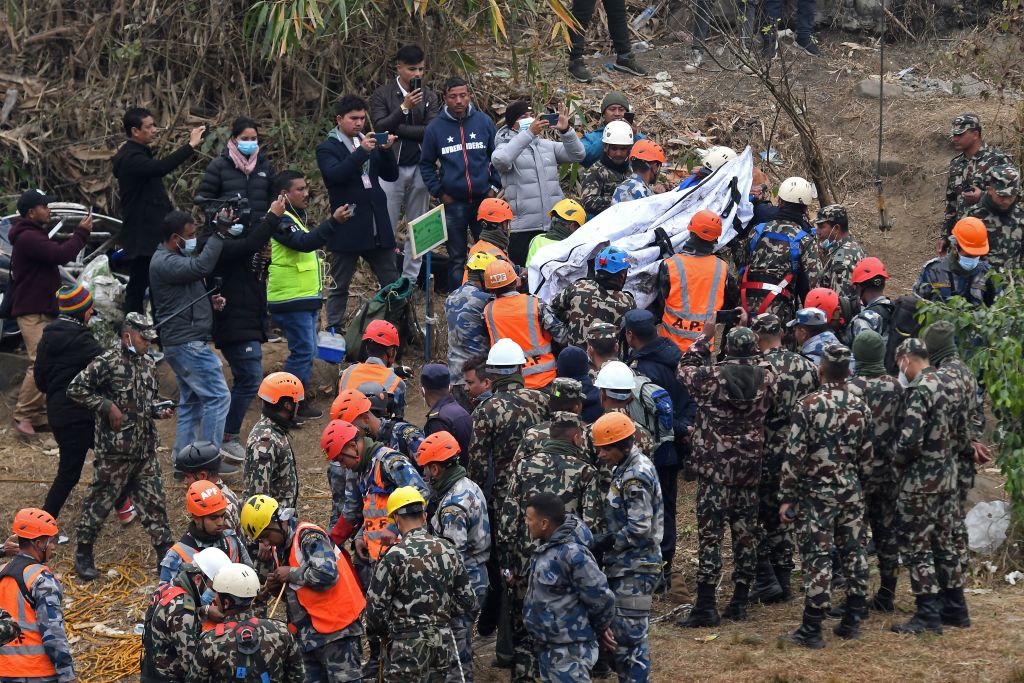 Nepal Army on Monday said they have not rescued anyone alive from the site of the plane crash that occurred on Sunday in the central resort city of Pokhara.

“We haven’t rescued anyone alive from the crash site,” said Nepal Army Spokesperson Krishna Prasad Bhandari. A Yeti Airlines passenger plane crashed into a river gorge while landing at the newly-opened airport in Nepal’s Pokhara. 72 people, including five Indians, on board, are feared to be dead. The search and rescue operation is due to resume with the dawn.

Dahal has directed the country’s home ministry, security personnel, and all government agencies to carry out immediate rescue and relief operations.

A twin-engine turboprop ATR 72 plane crashed en route from the Nepali capital of Kathmandu to Pokhara. The Nepalese authorities have tasked a special commission with investigating the causes of the crash. A report is expected in 45 days.

“Pained by the tragic air crash in Nepal in which precious lives have been lost, including Indian nationals. In this hour of grief, my thoughts and prayers are with the bereaved families,” PM Modi tweeted.

External Affairs Minister S Jaishankar also expressed grief over the incident and extended his condolences to the victims. “Deeply grieved on hearing about the air crash in Pokhara, Nepal. Our thoughts are with the affected families,” he tweeted.