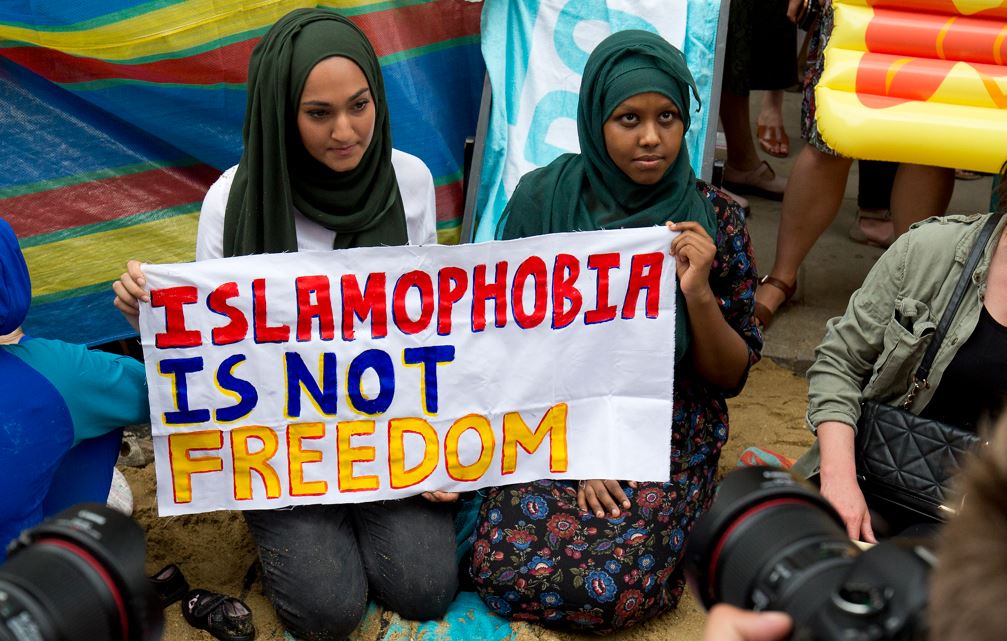 RISING hate crime against Muslims, Hindus and Sikhs need to be tackled through tougher punishments for internet trolls and more action taken by social media giants, experts have urged.

They have also called for further work in schools on racist speech and for the government to address poisonous rhetoric in the media.

It comes after new Home Office data revealed a 38 per cent overall increase in reported religious hate crimes in the year ending March 2022.

Labour MP Preet Kaur Gill, who was written to the home secretary about the rise in incidents against Sikhs, told Eastern Eye: “This is an alarming trend and is why I wrote to the home secretary, Suella Braverman MP, to ask that she take urgent action. We must see protections for the Sikh community.

“That is why I have asked the home secretary to meet with me and the APPG of British Sikhs, which I chair, to look at ways of moving forward and implementing the recommendations of the APPG reports specifically regarding the term, definition and support for anti-Sikh hate crime reporting.”

Triggers for short-term spikes in hate incidents over recent years have included the European Union (EU) referendum in June 2016, the UK leaving the EU and the Black Lives Matter protests in 2020.

Dr Jasjit Singh, associate professor at the University of Leeds’ school of philosophy, religion and history of science, told Eastern Eye: “The shocking hate crime data highlights an urgent need for the government to tackle hate rhetoric in the media and in public discourse, including facilitating discussions in schools about the drivers of hate crimes.

“Whenever I have delivered assemblies on Sikhs in Britain to schools around the UK, both students and teachers are shocked about the violent incidents which turban and patka wearing Sikh boys are often subjected to.

“The subsequent normalisation of hate crime among many Sikhs in Britain as ‘something which just happens’ as a member of a visible minority community, is simply not acceptable and requires all statutory organisations to take this matter seriously.”

Meanwhile, the online safety bill has been dropped from House of Commons business for the second time in four months despite pledges it would return “in the autumn”.

The bill, which covered tackling social media abuse, was expected to have its third reading in the Commons on November 1.

The stages were originally meant to take place in July but the process was delayed after the resignation of Boris Johnson as prime minister.

Labour MP Rushanara Ali told this newspaper: “It is distressing and deeply saddening to see such a drastic increase in religious hate crime. I stand with the victims who have had to suffer completely unacceptable and horrifying behaviour.

Sajda Mughal OBE, founder of the Jan Trust charity, said it is shocking that there has been a 42 per cent rise in hate crimes where the victim identified as Muslim.

Mughal added: “The government also needs to press social media companies to take this issue seriously – I have personally seen the likes of Twitter take other forms of hate crime seriously like anti Semitism. It’s high time they do the same for Islamophobic hate speech that influences people online to then commit hate crimes offline against Muslims.”

There were 384 incidents of hate crimes reported to the police at football matches in 2021-2022, according to the data released by the Home Office.

Three quarters of the incidents at football matches were race hate crimes. A total of 283 incidents were reported to police last season, up from 214 in 2019-2020.

Francis Davies, professor of civic leadership and international studies at the University of Roehampton in London, said the figures provide further evidence that hidden beneath the veneer of a community at ease with itself “is a nation fissured with tension”.

He said: “It forms part of a wider pattern of civic behaviours that must to be addressed in the short term through a wider and well-funded strategy that is grounded in local communities rather than Whitehall working parties.

“My research and interviews outside of London highlights the rise of Hindu on Muslim tension, Sikh on Sikh tension and Muslim-Hindu tension.

“There is also a wider, deep and more striking racism and intolerance of religious freedom among segments of the white majority community as they look towards especially Asian but also East European and African communities.

“However, in order to convey the Sikh community’s national experience accurately, we need much better evidence before we leap to national conclusions despite the disturbing trends in London we see.”

A Home Office spokesperson said: “Hate crime is a scourge on communities across the country. It does not reflect the values of modern Britain.

“While the rise in cases is likely to be largely driven by improvements in police recording, these can be serious crimes such as assault and we cannot be complacent. We expect the police to fully investigate these hateful attacks and make sure the cowards who commit them feel the full force of the law.”