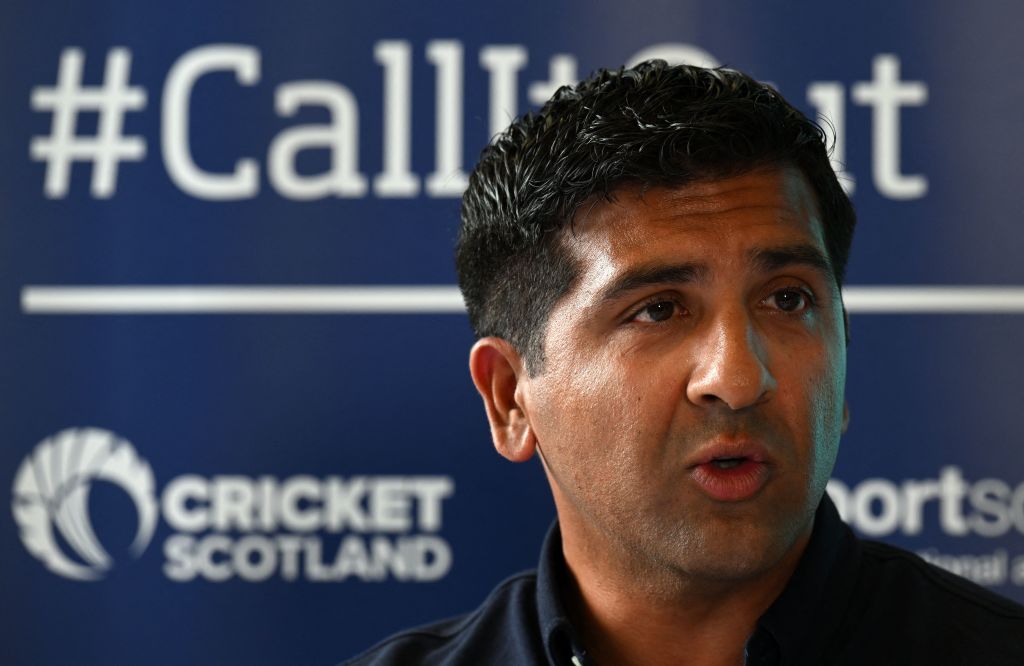 Majid Haq scorned the failure of Scotland players to speak out following the publication of a report on racism in Cricket Scotland, saying it showed that the team taking a knee before games to protest racism was little more than tokenism.

The report, published on Monday, found the governance and leadership practices of Cricket Scotland to be “institutionally racist”.

The review was commissioned after Haq and former teammate Qasim Sheikh spoke out about the abuse they had suffered, saying they were treated differently due to the colour of their skin.

On Tuesday, their lawyer Aamer Anwar questioned the point of Scotland’s players taking a knee before games to protest racism at the Twenty20 World Cup last year when “no white team member has chosen to say anything much or at all over the last few days.”

In response, Haq tweeted, “Looks like it was nothing other than a bit of virtue signalling (and) tick box exercise because the deafening silence from a lot of them speaks volumes.

“They might feel uncomfortable but their privilege is never having to think you’ll not make the team because of racism.”

The board of Cricket Scotland apologised and resigned on Sunday, a day before the report was published, and interim CEO Gordon Arthur issued a “heartfelt apology” to all victims of racism and discrimination on Monday.