Half of young people believe Britain was founded on racism: Research 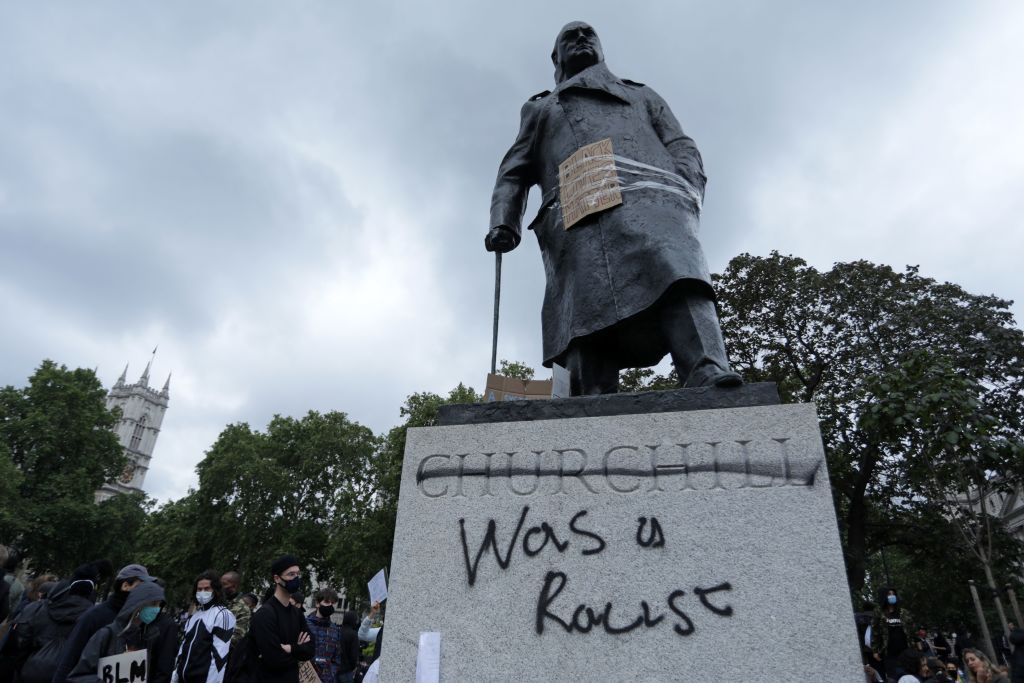 The statue of former British prime minister Winston Churchill is seen defaced, with the words (Churchill) “was a racist” written on it’s base in Parliament Square, central London after a demonstration outside the US Embassy, on June 7, 2020, organised to show solidarity with the Black Lives Matter movement in the wake of the killing of George Floyd, an unarmed black man who died after a police officer knelt on his neck in Minneapolis. – Taking a knee, banging drums and ignoring social distancing measures, outraged protesters from Sydney to London on Saturday kicked off a weekend of global rallies against racism and police brutality. (Photo by ISABEL INFANTES / AFP) (Photo by ISABEL INFANTES/AFP via Getty Images)

Nearly half of young people think Britain was founded on racism and it remains “structurally racist” today, research by a leading academic has revealed.

The study by Eric Kaufmann, a professor of politics at Birkbeck, University of London, also raised concerns that children are being taught contested ideas as fact.

According to his study conducted for the think tank Policy Exchange, six in 10 school-leavers said they had been taught concepts associated with “critical race theory”.

Polling by YouGov revealed that 42 per cent of 18 to 24-year-olds believe schools should “teach students that Britain was founded on racism and remains structurally racist today”. However, an overwhelming majority of adults rejected it.

Some 38 per cent of people aged 18-24 years agree with the idea of removing Winston Churchill’s statue from Parliament Square because he held racist views. But an equal proportion of respondents in the group disagrees.

Among adults as a whole, 68 per cent disagree with moving the statue compared to just 12 per cent who agreed, The Telegraph reported.

The chairman of the Common Sense Group of Conservative MPs, Sir John Hayes said: “It’s sad but unsurprising that so many young people, befuddled and bemused by militant propaganda, have bought some of the lies peddled by extremists.”

He told The Telegraph: “As a matter of urgency government must make absolutely clear to educators at all levels that spreading this kind of information is incompatible to providing a broad and balanced education and that if they do so they will be seen to have failed the young people in their charge and be regarded and treated accordingly.”