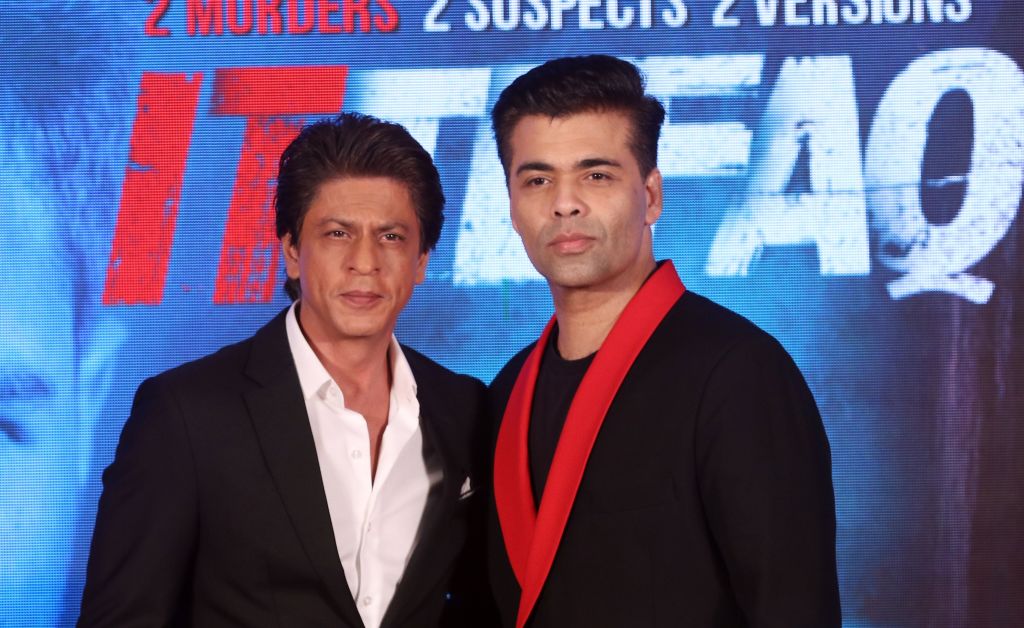 Filmmaker Karan Johar has been friends for decades with superstar Shah Rukh Khan. On the occasion of Shah Rukh’s 57th birthday, Karan penned an emotional note, recalling the first time he went to meet SRK with his late father Yash Johar. “The film was KARAN ARJUN… the set was in Film City… my father and I arrived (me playing the part of a plus size hanger-on) for a professional meeting (the signing on the dotted line for the film DUPLICATE) I had many apprehensions about movie stars … many of them based on fact and some of the course Stardust! So I wondered about this new breakthrough star who was apparently a lot like his first big hit ( DEEWANA for the uninformed ) … he was in costume and met me father warmly and gave him a massive jhappi,” Karan wrote.

He also shared that SRK interacted with him despite his “non-existent” career and listened to him carefully though Karan didn’t have anything meaningful to share.

“He shook my hand and with his immensely kind eyes asked me many questions about my non-existent career and my unproductive life (at that time) My answers were as bland as khichdi for an upset stomach but he listened with so much attention that I felt at that time that I had cracked the Da Vinci code…” Karan continued, saying Shah Rukh is his family.

“Today I call him Bhai and he still listens to me with rapt attention (even when I am discussing my trials and tribulations of hosting a talk show) his kind eyes are even kinder … and he is …PERSONALITY! That word just means SRK! For me he is more than family and will always be my fiercest Critic and my hugest inspiration,” he added.
Karan also congratulated SRK for Pathaan as its teaser was launched today.
“I owe my entire being to Adi and bhai…. And today I celebrate him and his extraordinary teaser of what I believe is going to be a juggernaut blockbuster! Hail the King !!! Because there isn’t and will never be another ! Love you Bhai @iamsrk,” he concluded.

Alongside the emotional note, Karan dropped a video featuring his candid moments spent with SRK over the years.