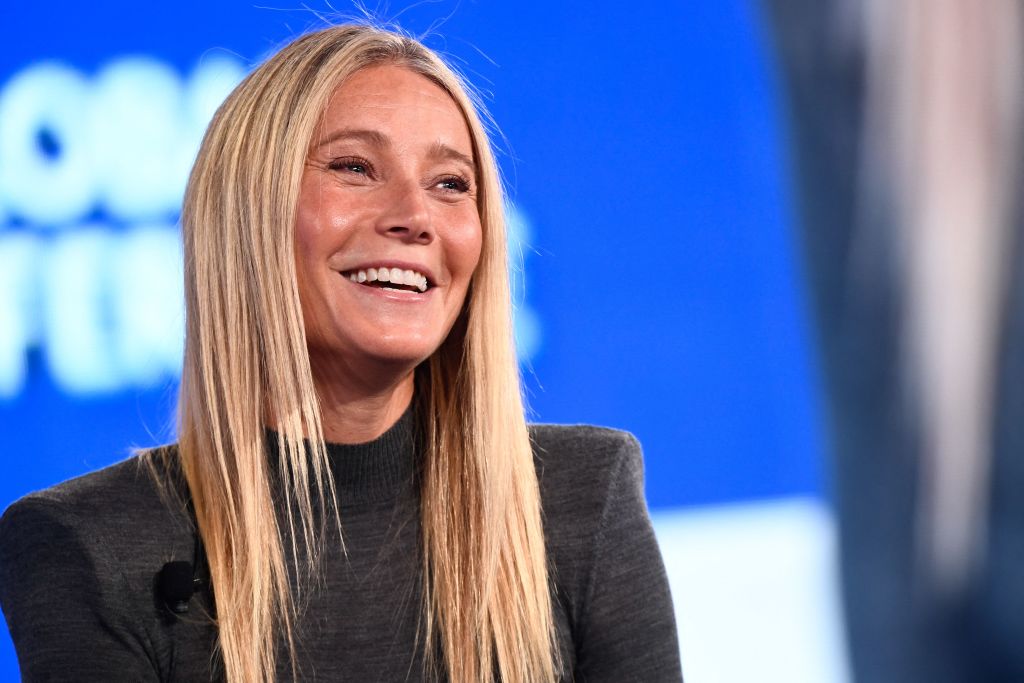 Gwyneth Paltrow, US actress and founder and CEO of Goop, speaks during the Milken Institute Global Conference in Beverly Hills, California on May 4, 2022. (Photo by Patrick T. FALLON / AFP) (Photo by PATRICK T. FALLON/AFP via Getty Images)

The “Se7en” actor Gwyneth Paltrow who made buzz after her vagina-scented candles, recently shared the meaning behind the most attention-seeking products from her lifestyle brand-Goop.

In an interview with TODAY on Sunday, Paltrow shared her journey from career pivot from Oscar-winning actress to the CEO of Goop, the lifestyle brand she founded initially as a newsletter in 2008, as per People magazine.

“I always find it surreal — a little bit — when I come into a store and watch people as they mill around and ask questions and pick things up.” “It’s such a place of discovery for people and everybody’s always smiling when they’re in the store. So, I love coming into the store,” she said in a conversation with TODAY’s Willie Geist.

Goop’s best-known products include a $75 10.5 oz candle labelled “This Smells Like My Vagina”. The candle, which is made with geranium, citrusy bergamot and “cedar absolutes juxtaposed with Damask rose and ambrette seed,” boasts a name that catches the eye enough that Paltrow asked TODAY whether she was allowed to say its title on morning television.

She explained about the product, “This candle is really like that provocation to say like, ‘It’s amazing to be a woman in every way. It’s amazing to have that kind of power and you deserve to have that agency”, as per People magazine.
Paltrow, who won an Oscar for her role in 1998’s ‘Shakespeare in Love’ has not appeared in a feature film since 2019’s ‘Avengers: Endgame’. Though she got involved with Goop, the company she joined in 2016 as CEO. After which the actor entirely stepped out from acting.

Paltrow also said that it was around the time she won that award that her place in the public eye went from “people kind of being curious about you or discovering you or rooting for you to it all being upended, and people really wanting to tear you down and take great pleasure in it.”

“Which ends up being a really beautiful lesson in knowing who you are.” “Loving the people you love. Being totally in integrity. And like f*** everybody else, ” Paltrow added.

While Paltrow starred in Netflix’s 2020 series ‘The Politician’, co-created by her husband Brad Falchuk.

Referring to herself as “a fake extrovert” who tried to pretend that she loved being in front of the camera when that wasn’t the case. She said, “never felt very, fully comfortable being in the public eye to that degree” and would likely only act on screen moving forward if Falchuk asked her to play a role in one of his projects.

When asked about her acting career Paltrow said “I really don’t miss it all. I think I’m so lucky that I got to do it, and I’m sure I still will at some point.” “The team is always trying to get me to do a movie, but I really love what I do and I love how immediate it is and how … we’re able to create a product out of thin air that we believe in so much.”

Paltrow also indicated she would be interested in performing on the stage in a future acting role in order to fulfil a promise to her mother, actress Blythe Danner.

“I did promise my mother at some point before I die, I told her I would go and do a play so … I’m gonna deliver on that promise at some point,” she shared.