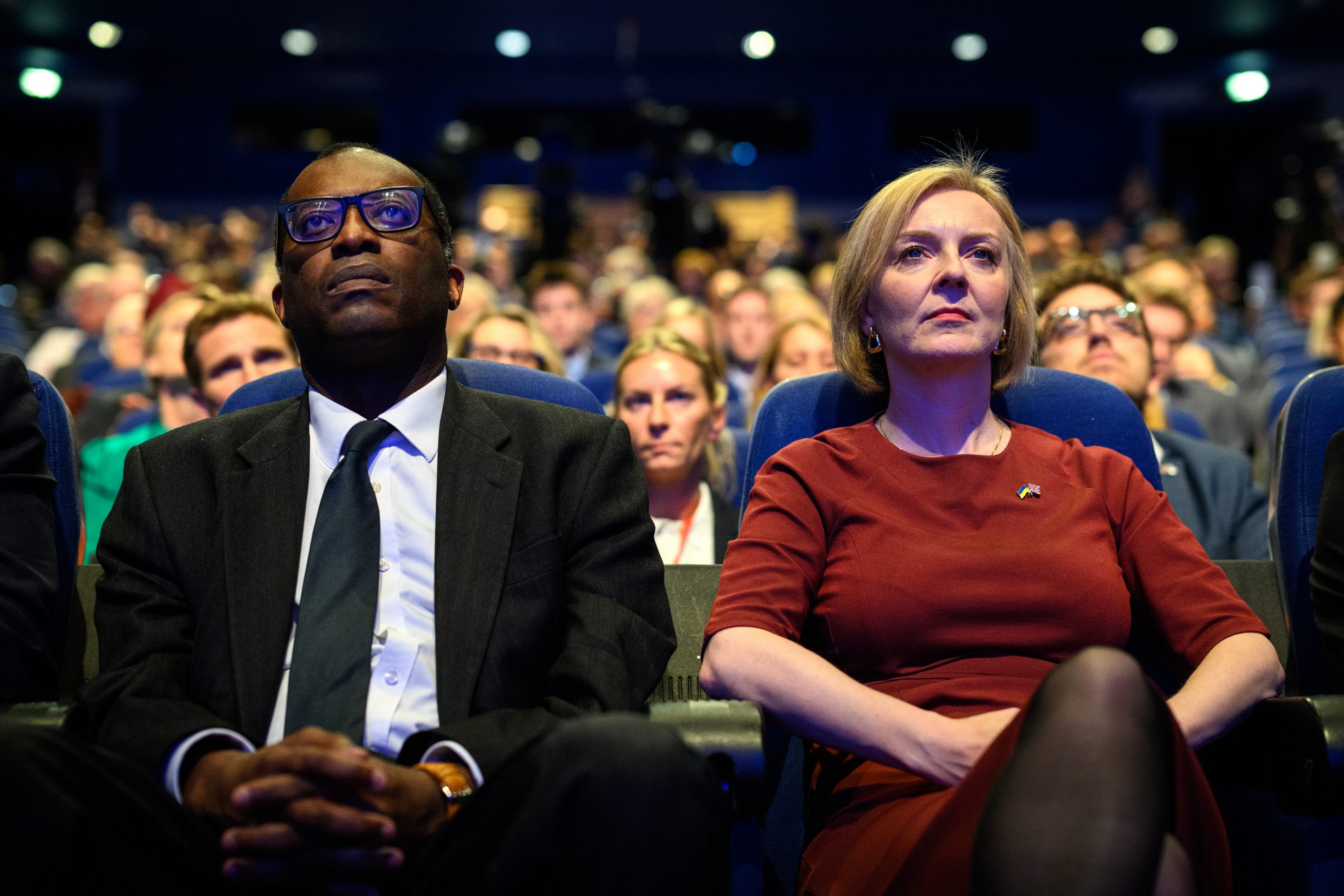 The Truss experiment is over. Her premiership may now prove the shortest in modern history. Yet its legacy in shifting the tectonic plates of British politics might endure for much longer.

The mini-budget, pitched as an audacious break with Treasury orthodoxy, proved a reckless gamble. Its result was the triple whammy of a crisis in the financial markets, a political earthquake in the opinion polls and yet more intense pressure on households, from rising interest rates and mortgage costs.

The Prime Minister offered the markets a human sacrifice, her Chancellor Kwasi Kwarteng. But this was a Truss-Kwarteng joint enterprise, harking back to their joint book Britannia Unchained a decade ago. Appointing Jeremy Hunt to make the fiscal sums add up saw Truss effectively hand over control of her economic policy: her campaign pledges to cut taxes and protect public spending were overtaken by events.

Next to nobody in Westminster now thinks Truss can fight an election as party leader. Who takes over, when, and how it happens are the mysteries that MPs grapple with.

Rishi Sunak is the man who was proved right, having spent the summer campaign warning how Truss’s tax pledges would unravel. Sunak could be Prime Minister within weeks – perhaps even in time for Diwali, or for Bonfire Night in November. Yet Sunak is cautious about setting off any fireworks himself. Bringing down Boris Johnson hurt his campaign last summer – so he worries that any sense of gunpowder, treason and plot could see him miss out again.

The risk to Sunak is that MPs choose to triangulate with a compromise candidate. Party members would probably like Boris Johnson back – but MPs have not forgotten why they dropped him. Sunak topped the ballot with MPs but lost to Truss among members. Defence Secretary Ben Wallace is universally respected in the party over his role on Ukraine, though lacks experience on the economy. Allies say he would stand as a “tax-cutting deficit hawk” whose top priority is the pledge to increase defence spending. The choices now are tougher than that.

Senior backbenchers, trying to engineer a consensus on a single candidate, have effectively reinvented the old “magic circle” method of choosing Tory leaders, before MPs began to cast votes from 1965. Former party chair Grant Shapps is now capturing every opinion on his fabled Excel spreadsheets. Many propose choosing a new leader without involving party members again – and without a General Election. There may be an election among MPs alone, if runners-up pledge to drop out. If Sunak emerged as the choice of Wesminster, asking members to ratify the choice in a ballot, within a month of his becoming Prime Minister, could be a risk worth taking.

Braverman describing “her dream” of seeing headlines hailing a deportation flight to Rwanda was widely criticised. It was less noticed that Braveman’s point was that she does not expect this to happen: “if I’m honest, I think it will take longer,” she told the same interviewer. The view inside the Home Office is that the legal process means the Rwanda policy won’t now be operational unless the Conservatives get re-elected. The £120 million scheme is set to achieve nothing except headlines – diverting time, energy and money from workable reforms for an orderly, effective and humane asylum system.

An earthquake in the polls makes “what would Labour do?” an increasingly important question. Labour doesn’t often win elections, so its mantra is “no complacency”. It would be prudent for the Opposition to have a working assumption of a Lazarus-style Tory recovery, miraculously reversing the damage of the post-Truss earthquake. Everybody else now expects some form of Labour-led government by early 2025.

If the next Prime Minister ducks calls for a General Election, the two-year wait until voters next go to the polls will be a long time in politics. Debate within parties focuses primarily on how to get elected. The lesson of the failed Truss experiment is that how to govern in such volatile, cash-strapped times is the core challenge now.

‘Harry often wants to have his cake and eat it too’

‘We need to foster religious inclusivity all year round’

‘Studying Britain’s past will help shape its future’

Game plan for Asians to play top-level cricket and football

Health for all: disease elimination on a warming planet

Bringing people together in a changing Britain