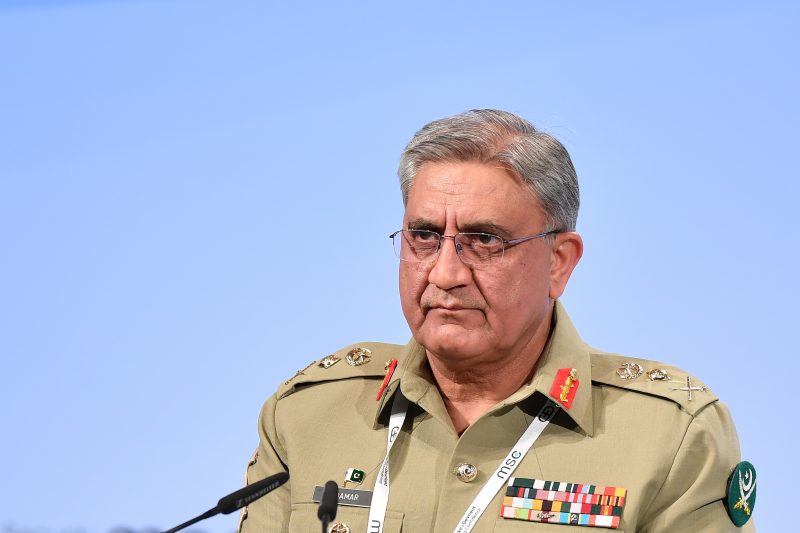 Just days before his retirement, Pakistan Army chief Gen Qamar Javed Bajwa on Wednesday (23) warned that the army’s patience to the ongoing smear campaign against it may not be unlimited and asked all political leaders to set aside their ego, learn from past mistakes and move forward.

He also dismissed claims that there was a foreign conspiracy to topple the previous government and asserted that the army would not have sat idle to let it happen if there was such a conspiracy.

Gen Bajwa, 61, is scheduled to retire on November 29 after a three-year extension. He has ruled out seeking another extension.

Addressing the Defence and Martyrs’ Day ceremony in Rawalpindi to pay tribute to martyrs, Gen Bajwa also extended an olive branch to those targeting the army by saying that “I want to move forward by forgetting it” and urged all stakeholders to move ahead by learning lessons from the past mistakes.

The Defence and Martyrs’ Day is observed annually on September 6 but it was delayed this year due to the devastating floods that hit the country around that time.

“I can assure you that there was no foreign conspiracy; the army would not have sit idle to let it happen if there was such a conspiracy,” he said, adding that a “fake and false narrative was built to malign the army” and those behind the narrative were trying to escape from it.

Pakistan Tehreek-e-Insaf chairman Imran Khan was ousted from power in April after losing a no-confidence vote in his leadership, which he alleged was part of a US-led conspiracy targeting him because of his independent foreign policy decisions on Russia, China and Afghanistan.

The powerful general said that the “army would have reacted to the (harsh) criticism but it showed patience” against the unending smear campaign, and hastened to add that “there is a limit to patience”.