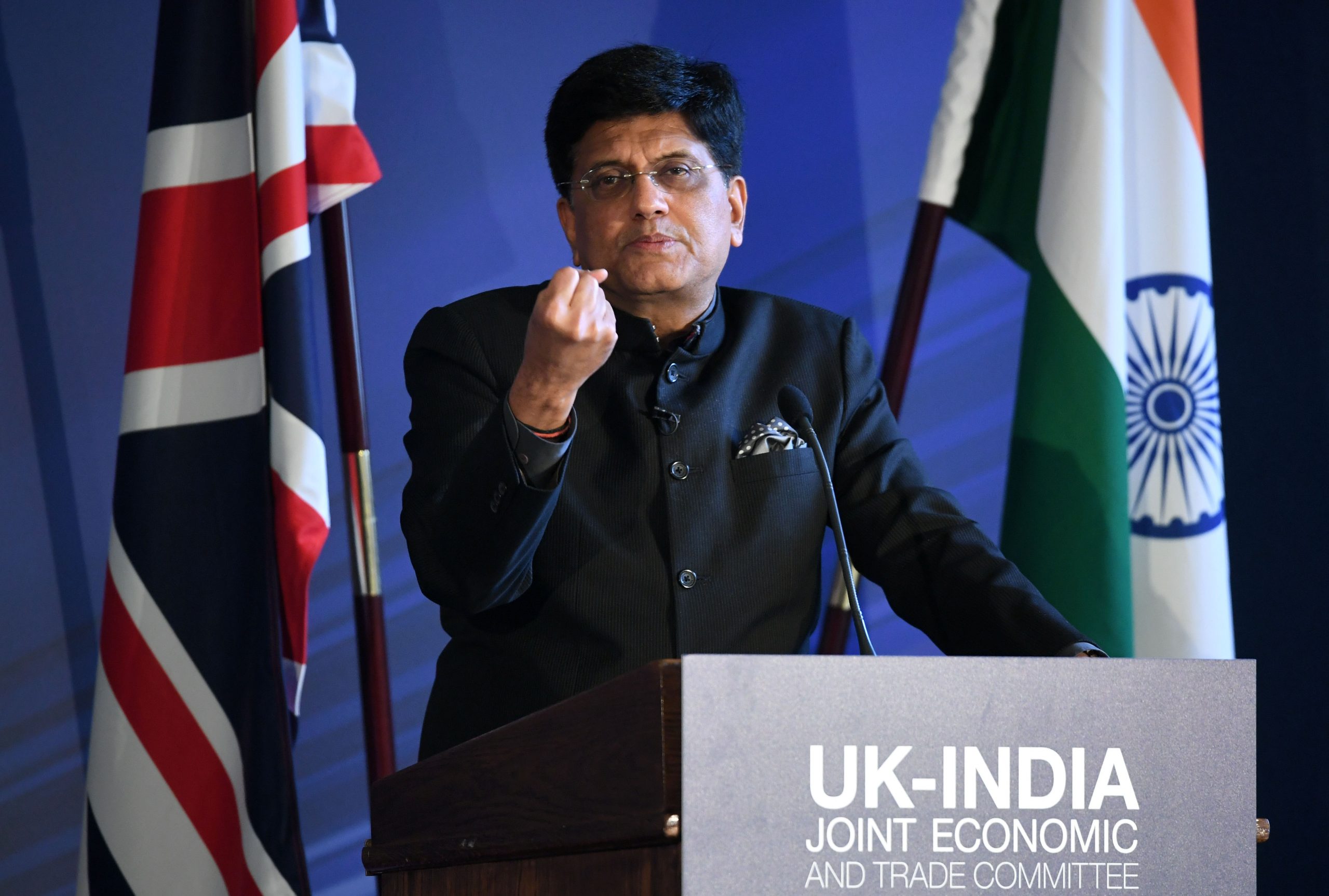 Noting that the free trade agreements with the UK are well on track, Union Commerce Minister Piyush Goyal Thursday said India will wait for the change in leadership before formulating a strategy vis a vis the UK.

“We will have to wait and see whether they have a quick change of leadership. Let’s see who comes into the government and what their views are. It’s only after that we’ll be able to formulate a strategy vis a vis the UK,” said Minister Goyal on the free trade deal with the UK after UK Prime Minister Liz Truss resigned. UK Prime Minister Liz Truss resigned on Thursday, after being in power for less than two months, stating that she recognises she “cannot deliver the mandate” on which she was elected.

Goyal on the sidelines of the Confederation of Indian Industry (CII) National Exports Summit said, “Politicians and businesses across the board in the UK recognised that it is very important for them also to do an FTA with India…But I would believe that our FTAs with the UK, Canada, EU, one or two more we may launch soon, all that is well on track.”

UK PM in her resignation speech said, “I came into office at a time of great economic and international instability. Families and businesses were worried about how to pay their bills, Putin’s illegal war in Ukraine threatens the security of our whole continent and our country has been held back for too long by low economic growth.”

“I will remain as prime minister until a successor has been chosen. Thank you,” Truss added.

Notably, there is interest in India and the UK to see if a Free Trade Agreement (FTA) can be reached at an early date but such matters are best left to the negotiators, MEA said earlier. There was the general goal of getting the deal done by Diwali but the goals depend on negotiations.

“Going forward, this will require mutual implementation of these understandings,” MEA spokesperson Arindam Bagchi had said. He said negotiations were continuing and both sides are keen to reach some kind of FTA that helps both countries.

“There are ongoing negotiations on FTA. There is interest on both sides to see if we can work towards a deal beneficial to both countries at an early date. Best when such matters are left between the trade ministers of both countries,” he said on UK Trade Secretary’s remarks on the FTA.

There is an interest on both sides to conclude the FTA at the earliest. “Diwali has been set as a goal. Intensive discussions are underway towards this and they are continuing,” he had said.