Fruit for a fruit: Tripura chief minister to send pineapples to Sheikh Hasina 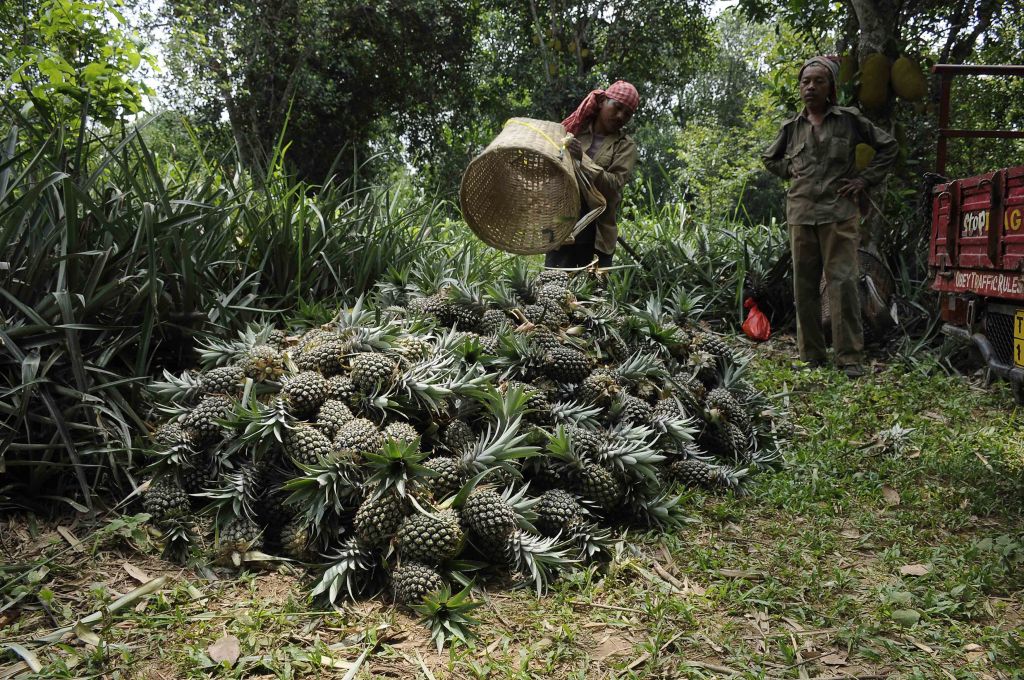 A labourer unloads a basket of freshly harvested pineapples from an orchard on the outskirts of Agartala, the capital of northeastern state of Tripura (Photo by ARINDAM DEY/AFP via Getty Images)

INDIA’S chief minister of Tripura state in the northeast, Biplab Kumar Deb, plans to gift the “Queen” variety of pineapples to Sheikh Hasina, days after receiving mangoes from the Bangladesh prime minister.

The pineapples will weigh a little more than double the weight of hampers of the famous ‘Haribhanga’ mangoes sent by Hasina.

Bangladesh’s assistant high commissioner, Jubaid Hossein, handed over a consignment of 300kg of mangoes to Deb at Agartala on Monday (5).

The Indian parcel is due to leave for Bangladesh on Saturday (10).

Haribhanga mango is famous in Bangladesh and is grown in Rangpur district.

“Some 100 packets of Queen pineapples weighing 650 kg would be sent to the Indian high commission in Dhaka to be handed over to Bangladesh prime minister”, an official in the chief minister’s office in Agartala said.

Tripura played host to over a million refugees from Bangladesh in 1971, outnumbering its own population at that time. Since the election of Hasina’s government, Bangladesh has made special efforts to connect with India’s north-eastern state increasing land, rail, and energy connectivity.

The pineapples, which are being gifted, were harvested from Ampi block in Gomati district, famous for growing the state fruit, officials said.

In Tripura, an estimated 130,000 tons of pineapples are grown every year across 8,800 hectares of orchards in all the eight districts.

Mango diplomacy has been a tradition in Indian subcontinental politics. Former Pakistani presidents Zia-ul-Haq and Pervez Musharraf were among those who presented Indian leaders with mangoes.