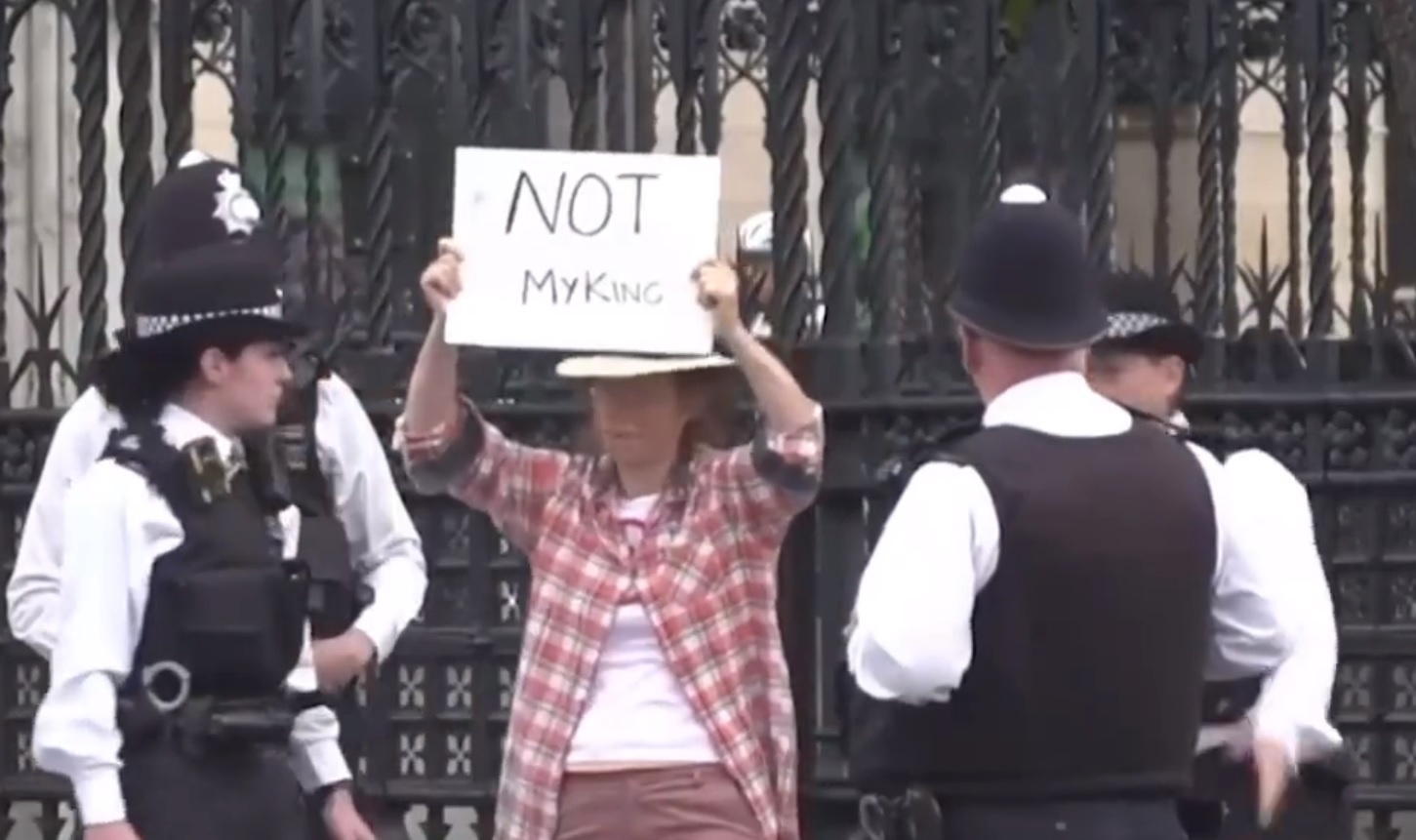 Rights groups have deplored the arrests of anti-monarchy protesters in the UK during events following the death of Queen Elizabeth II.

Two young people have been arrested in Scotland since Sunday over breach of peace and public order while a man was rounded up in England for similar reasons.

The police actions came as the government asserted that the fundamental right to protest remained “a keystone of our democracy”.

A 22-year-old woman was arrested during an accession proclamation for the King outside St Giles’ Cathedral in Edinburgh on Sunday. She was later released but would have to appear at Edinburgh Sheriff Court, the BBC reported.

This was followed by the arrest of a man, also aged 22, the next day after he reportedly heckled Prince Andrew when the royal procession was moving along Royal Mile in the Scottish capital.

Thames Valley Police arrested a protester, identified as Symon Hill, in Oxford on Sunday after he shouted “Who elected him?” during another accession proclamation.

The 45-year-old man who was later de-arrested was said to be “voluntarily” assisting officers.

Free-speech campaigners said the police actions were “very worrying” as they warned against “heavy-handed” enforcement of powers.

The London-based non-profit Index on Censorship said the arrests were “deeply concerning”.

Its chief executive Ruth Smeeth, “We must guard against this event being used, by accident or design, to erode in any way the freedom of expression that citizens of this country enjoy.”

Big Brother Watch director Silkie Carlo sought to remind the police that they had a “duty to protect people’s right to protest as much as they have a duty to facilitate people’s right to express support, sorrow, or pay their respects”.

Meanwhile, police led a woman away from the gates of Parliament in London on Monday as she held up a sign that read ‘Abolish the Monarchy’ and ‘Not my King’ outside the Palace of Westminster.

However, the Met Police clarified that the protester was not arrested nor was she asked to leave the wider area.

The Met’s deputy assistant commissioner Stuart Cundy said in a statement that the public “absolutely have a right to protest”.

“We have been making this clear to all officers involved in the extraordinary policing operation currently in place,” Cundy said.