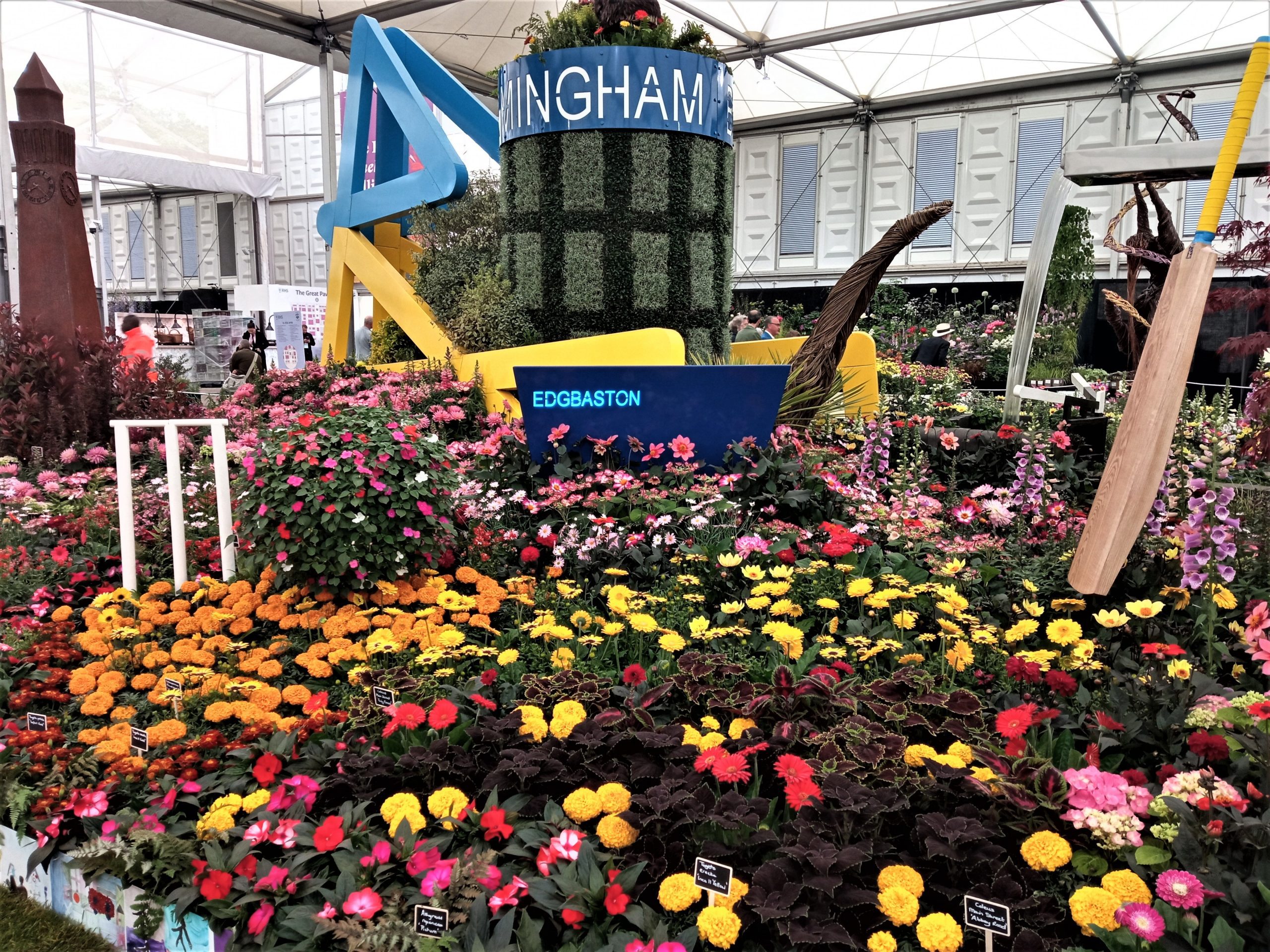 THE British Asian landscape designer Manoj Malde has spoken of “creating connections” as part of his new role as an ambassador for the Royal Horticultural Society (RHS) with a remit for “inclusivity” that was announced at the Chelsea Flower Show on Monday (23).

That was the day the Queen, who is a patron of the RHS, toured the show in a specially adapted golf cart and admired floral tributes to her Platinum Jubilee.

Malde’s mission is to get ethnic minorities to visit such RHS shows as Chelsea, Hampton Court Palace and Tatton Park, which he said are currently “perceived” to be the exclusive preserve of the English upper and middle classes.

The RHS appeared to recognise it had a problem with reflecting wider society because it announced that “Manoj will help the RHS open its doors wider and be more accessible for all”.

Born in Mombasa in Kenya into the Gujarati Oshwal community, Malde came to London as a four-year-old in 1973. He has been given the responsibility for ushering in change at the RHS, which was founded in 1804 and began holding a flower show in Chelsea in 1912.

The RHS now has over 600,000 members, with numbers growing over the pandemic when many discovered solace and mental peace in getting closer to nature and the soil.

Malde, who designed a garden for the 2017 Chelsea Flower Show, will be familiar to TV viewers who saw the six-part BBC2 series, Your Garden Made Perfect, last year and, more recently, Secrets of the Royal Gardens on Channel 4. This year he is a judge – a considerable honour – at Chelsea in the “sanctuary category”.

The UK is said to have 30 million gardeners, including British Asians, but the latter are conspicuous by their absence from Chelsea and other RHS shows. Malde made the point that the doors of the RHS are already open, but the organisation needs to do more to make the ethnic minorities aware that all are welcome and British Asians “should not be afraid” to come to events like Chelsea.

He admitted that he was “still in a state of shock” after receiving a phone call inviting him to be an RHS ambassador.

He said: “I guess I have been doing my little bit behind the scenes with the RHS and working away quite actively, talking to them, giving them ideas. They realise there is an issue (about inclusivity); maybe it’s a perceived issue. But how can we set that right? And that’s what I’ve been trying to help them with – creating connections with other communities.

“The RHS actually do an amazing amount of work in different communities already. It’s just that they don’t shout about it so much. And I almost think they should, because the incredible work they do should be heard about.

“They also do a lot with school children as well, getting them connected with nature, teaching them about how things grow, and getting them interested, not just in garden design, but gardening.”

Malde, one of 10 new ambassadors appointed by the RHS, thinks it would be useful to call a group meeting to evolve a unified strategy because “we want to make absolutely sure that this initiative really, really works”.

On British Asian engagement, he has some ideas: “There are amazing Asian businesses out there. Wouldn’t it be lovely to see some of those businesses sponsoring gardens at the show? I would love to see somebody like Tata Steel maybe featuring and sponsoring a garden here.”

At home in Brookman’s Park in Hertfordshire, Malde cares for his 88-year-old mother. “I took her outside in the garden and said, ‘Come on, let’s plant some chillies.’ I think all that is very therapeutic. I grew peas as well. Actually, I managed to harvest two batches of peas, and cook them that day. It was the most delicious curry you could have ever tasted. To have fresh vegetables from your garden is lovely. You can grow things like dhaniya [coriander] and fenugreek. I would love to get my hands on curry leaves.”

This year’s show has something radically un-Chelsea – a garden remembering police brutality and “the Mangrove Nine who confronted racism in 1970”.

Marshalls Gardens of Huntingdon has a corner at Chelsea, where the firm manages to mix flowers with such easily grown vegetables as lettuce, broccoli, carrot, cabbage, dwarf French beans, peas, Pak choi, leek, beetroot and kale.

It says with “prices going through the roof”, a patch, 10mx10m, can “keep a family of four through much of the season”, and that vegetables can be grown even in window boxes.

Incidentally, as a landscape designer, Malde urges his clients not to turn their front gardens into concrete car parks, a common Asian failing, because that encourages flooding since there is nowhere for the rainwater to escape.

This is a growing urban crisis that is demonstrated in the London Fire Brigade (LFB) stall which received a visit from the minister for floods, Rebecca Pow. One home, ‘No 20’, with a concreted front, displayed a flooded car, while ‘No 22’ next door, with a garden, had escaped. The display illustrates “how permeable paving and extra planting can reduce the risk of flooding in homes”.

Told there were Asian streets in Southall in London where not a single front garden had escaped being “hardscaped”, David O’Neill, assistant commissioner of the LFB, said: “This is happening in cities across the country.”

This year for the first time, there is an Indian food stall, Karma Streeterly, at Chelsea, with chef Nand Kishore Yadav, originally from Patna in Bihar, dispensing masala dosa and chicken kaathi rolls.

These is also a stall celebrating the forthcoming Commonwealth Games to be held in Birmingham from July 28 to August 8, with Indian-style marigolds and a bat and wickets to signal the women’s cricket competition.

Chelsea, coming back to its regular May slot for the first time since 2019, also sees the return of a regular – Christo Mckinnon-Wood, of Wilstone, a Shropshire firm, who has been to India “50 times”, sourcing iron and stone garden artefacts from Gujarat and Rajasthan.

He travels around India on his three Royal Enfield motorcycles which “my friends there looks after for me.” He hopes to spend October and November in India, urging locals not to pull down old buildings with intricate carvings.