Floods in Pakistan cause economic loss to the tune of USD 12.5 billion 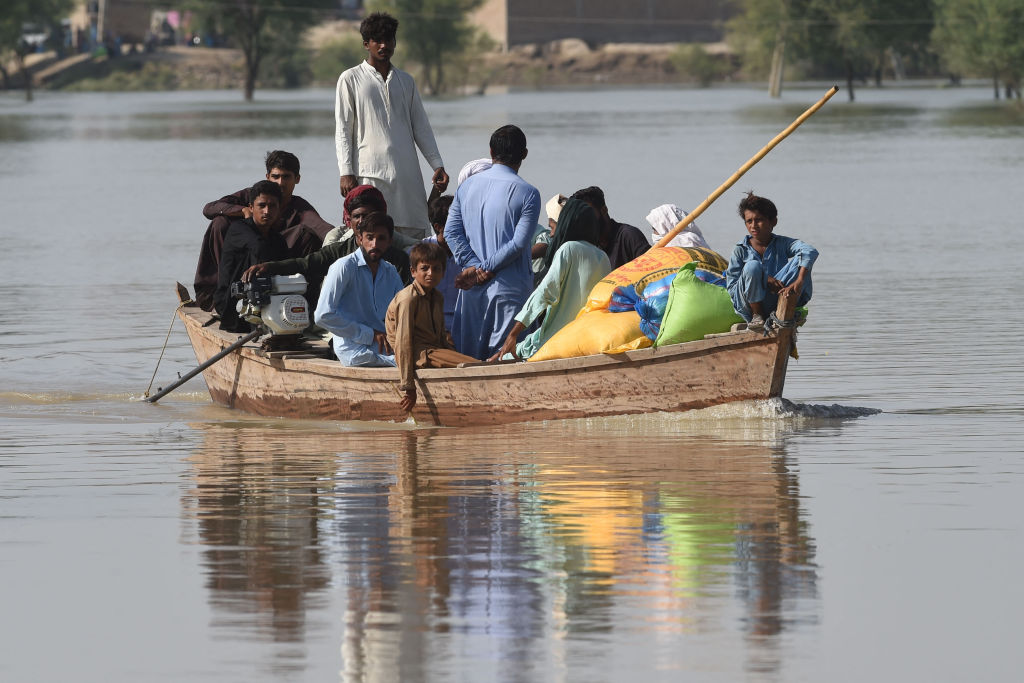 The estimated economic loss to Pakistan from floods has increased from USD 10 billion to USD 12.5 billion.

The catastrophic floods in Pakistan resulted in the loss of lives. Inflation is projected to go up to the range of 24 per cent to 27 per cent and will touch 30 per cent for the current fiscal year, reported Geo News. Moreover, poverty and unemployment will go up manifold from 21.9 per cent to over 36 per cent. Some 37 per cent population was hit by poverty after floods in 118 districts, as estimated by the Pakistan government.

A high-profile committee with representation from the Ministry of Finance, Ministry of Planning, State Bank of Pakistan, FBR, PIDE and others evaluated that poverty and unemployment have gone up manifold, rising from 21.9 per cent to over 36 per cent.

Unemployment has gone up significantly but the government has decided to share any number after holding consultations with relevant stakeholders.

The unemployment rate stood at 6 per cent before the recent severe floods. Official sources said that the GDP growth would be reduced from 5 per cent to 2 per cent for the current fiscal.

The country’s GDP growth has been projected to evaporate by 3 per cent and it will be hovering around 2 per cent of GDP against the initially envisaged growth rate target of 5 per cent on the eve of the budget for 2022-23, reported Geo News.

The acute losses on the economic front may aggravate as the SBP’s model is estimated to ascertain losses on the basis of disrupted economic activities hit in all districts and tehsils in the flood-affected areas.

The SBP has been using satellite images of SUPARCO to assess the exact losses faced by the agriculture sector. Google has also offered the government to get its services to ascertain the total accumulated losses to agriculture and physical infrastructure.

Will be more ‘dangerous’ if jailed, warns Imran Khan on terror charges

The government will not survive, but you salaried people will pay for any…

Pakistan: Students may not get new books in new academic session amid severe…