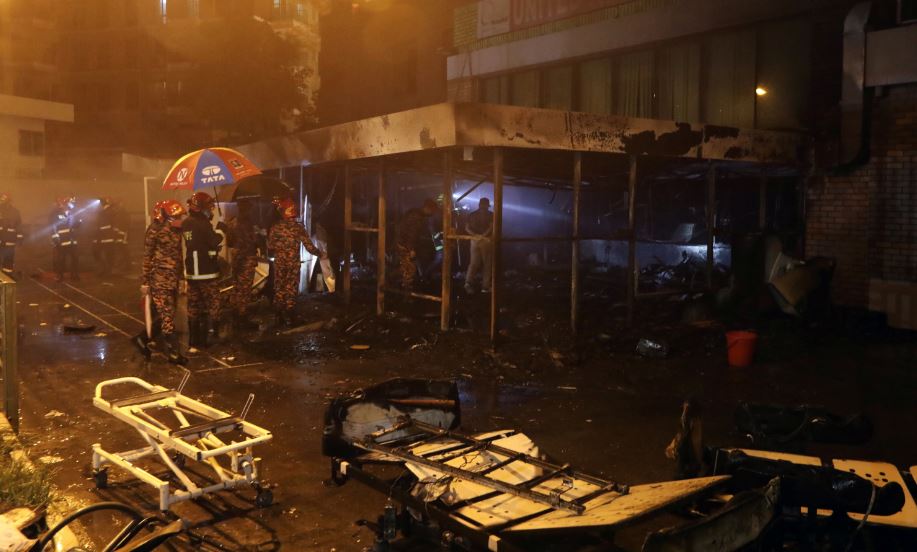 A makeshift isolation unit for coronavirus disease (COVID-19) patients in the United Hospital is pictured after a fire broke out and killed several patients, in Dhaka, Bangladesh, May 27, 2020. REUTERS/Stringer

FIVE COVID-19 patients died in a hospital fire in the Bangladesh capital Dhaka on Wednesday (27), a fire service official said.

It was not immediately clear what caused the fire, said Zillur Rahman, a fire service director. Firefighters extinguished the flames in about an hour, Rahman said.

Five bodies were recovered from the makeshift isolation unit of the United Hospital treating COVID-19 patients, Rahman said. The dead included four men and a woman aged between 45 and 75, he said.

Hospitals are struggling to deal with a spike in coronavirus infections in recent weeks in Bangladesh, which has reported 40,321 cases and 559 deaths.

Some health experts are concerned that the real number of cases could be higher in a country of more than 160 million people where many have only limited access to healthcare.

Lax regulations and poor enforcement have often been blamed for large fires in the South Asian nation that have killed hundreds of people in recent years.

At least 25 people were killed in March last year when a fire broke out in a 22-storey commercial building in Dhaka’s upscale area of Banani.

In February last year, an inferno in a centuries-old neighbourhood of Dhaka killed 71 people and injured dozens.