Fitch says India will grow only 0.8 per cent in FY21 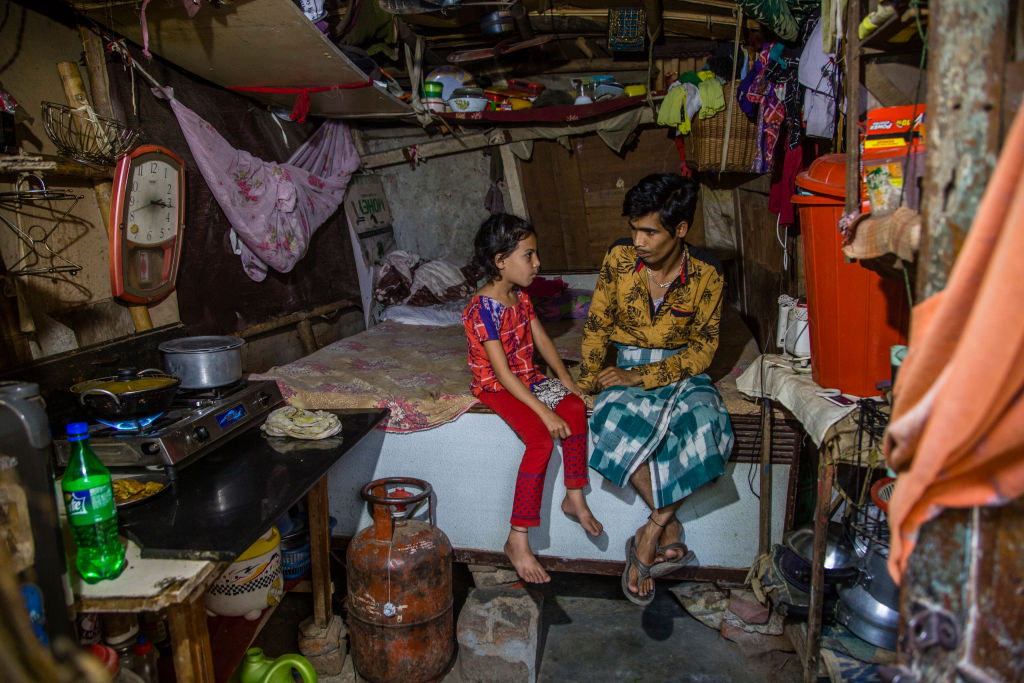 Nazrul Haq Ansari sits with his daughter, a resident in a slum, works as rickshaw puller has been without work, as India remains under an unprecedented extended lockdown over the highly contagious coronavirus (COVID-19) on April 22, 2020 in New Delhi, India. (Photo by Yawar Nazir/Getty Images)

The global economic outlook of the agency said that an unparalleled global recession was underway due to disruptions caused by the outbreak of COVID-19 pandemic and resultant lockdowns.

The rating agency predicted two consecutive quarters of contraction (negative year-on-year growth) in FY21. It said that the country will witness negative growth in April-June (0.2 per cent) and July-September (0.1 per cent) quarters.

According to Fitch, India’s growth is expected to rebound to 1.4 per cent in the last quarter of 2020 calendar year.  The estimated growth for January-March period was 4.4 per cent.

Fitch said the slump in FY21 growth was mainly due to a projected fall in consumer spending to just 0.3 per cent in FY21 from 5.5 per cent a year back and a 3.5 per cent contraction in fixed investment.  It also predicts huge drop global GDP forecasts due to coronavirus-related lockdown extensions and incoming data flows.

“World GDP is now expected to fall by 3.9 per cent in 2020, a recession of unprecedented depth in the post-war period,” said Brian Coulton, Chief Economist at Fitch Ratings.

“This would be twice as severe as the 2009 recession.  No country or region has been spared from the devastating economic impact of the global pandemic.”

The decline in GDP equates to a $2.8 trillion fall in global income levels relative to 2019 and a loss of $4.5 trillion relative to pre-virus expectations of 2020 global GDP

“With China and India both now expected to see sub-1 per cent growth, we expect an outright contraction in emerging markets GDP in 2020, a development unprecedented since at least the 1980s,” Fitch said.

India has extended the nationwide lockdown that began on March 25 to May 3. The country has reported over 21,000 COVID-19 cases with 680 deaths.