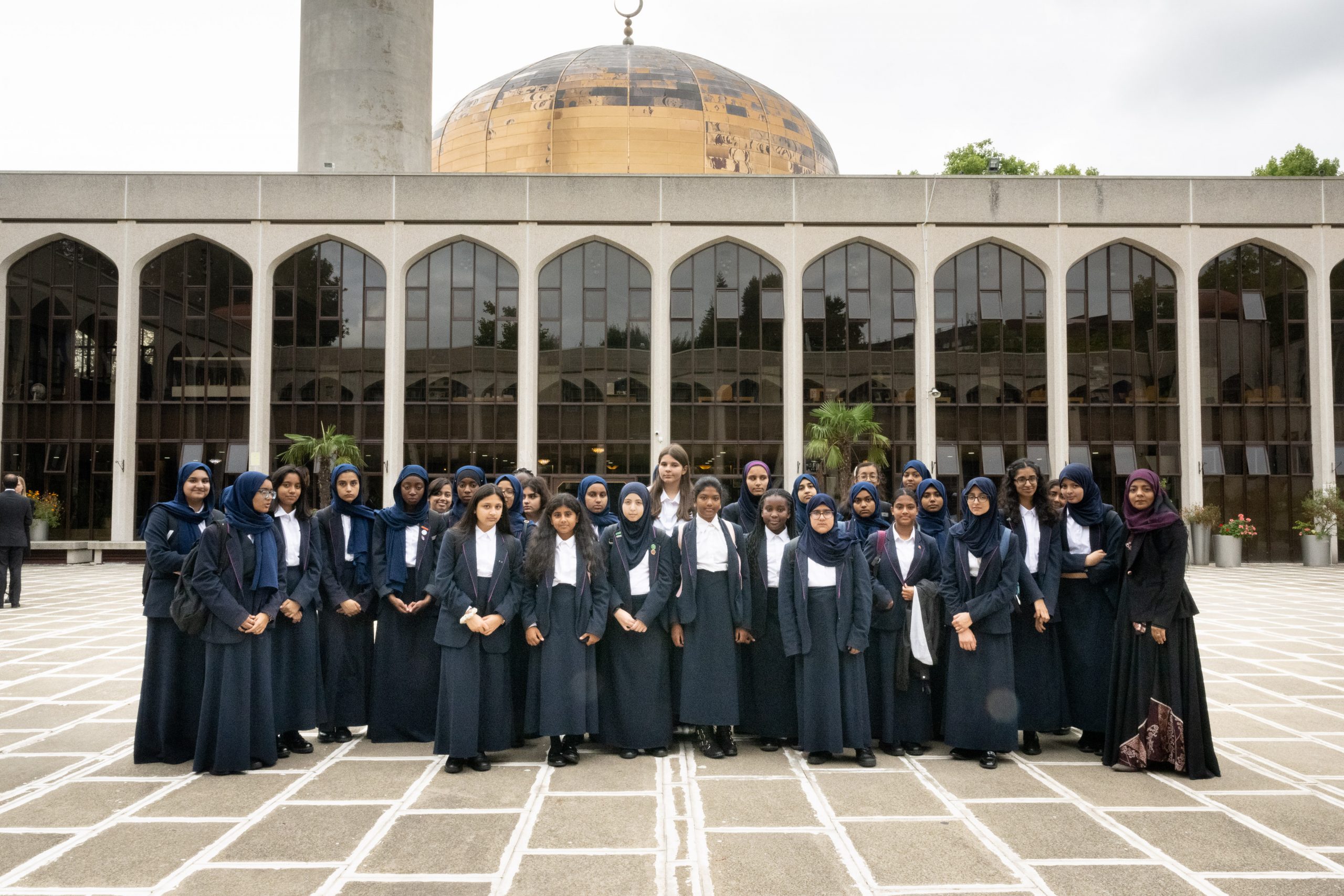 Over 300 Muslims from across the UK came together at London Central Mosque to honour the life of Her Majesty Queen Elizabeth II and to mark the accession of His Majesty The King, Charles III on Thursday, 15th September 2022.

Muslim Ambassadors, Muslim Royal Family members, Peers, MPs, and faith and community leaders from across the whole of the UK joined school children to remember the life of Her Majesty The Queen and pray for the prosperous reign of HM King Charles III.

The event began with the school choir performing ‘Sing’ by Gary Barlow and ended with the choir leading the room into the national anthem.  70 Muslim school students sang the national anthem representing each year of HM Queen service.  This was the first time ‘God Save the King’ was performed in a national mosque.

Harris Bokhari OBE, organiser of the event, said, “The Muslim Memorial Service is an opportunity for the Muslim Community to remember Her Majesty Queen Elizabeth II  and her unwavering commitment to our country and all our young people from all faiths and none. We also want to use this gathering to show our support for the King and pray he has a successful and prosperous reign.

Chair of the event, Sarah Joseph OBE told the audience, “She was the world’s longest-serving head of state, on the throne for over 70 years…The Queen has remained constant, consciously and subliminally, she has always been there.  Her face has been the backdrop to our lives, literally on the notes, coins, and stamps we use every day…Her passing ends an era, and such change can be difficult and tumultuous to manage.”