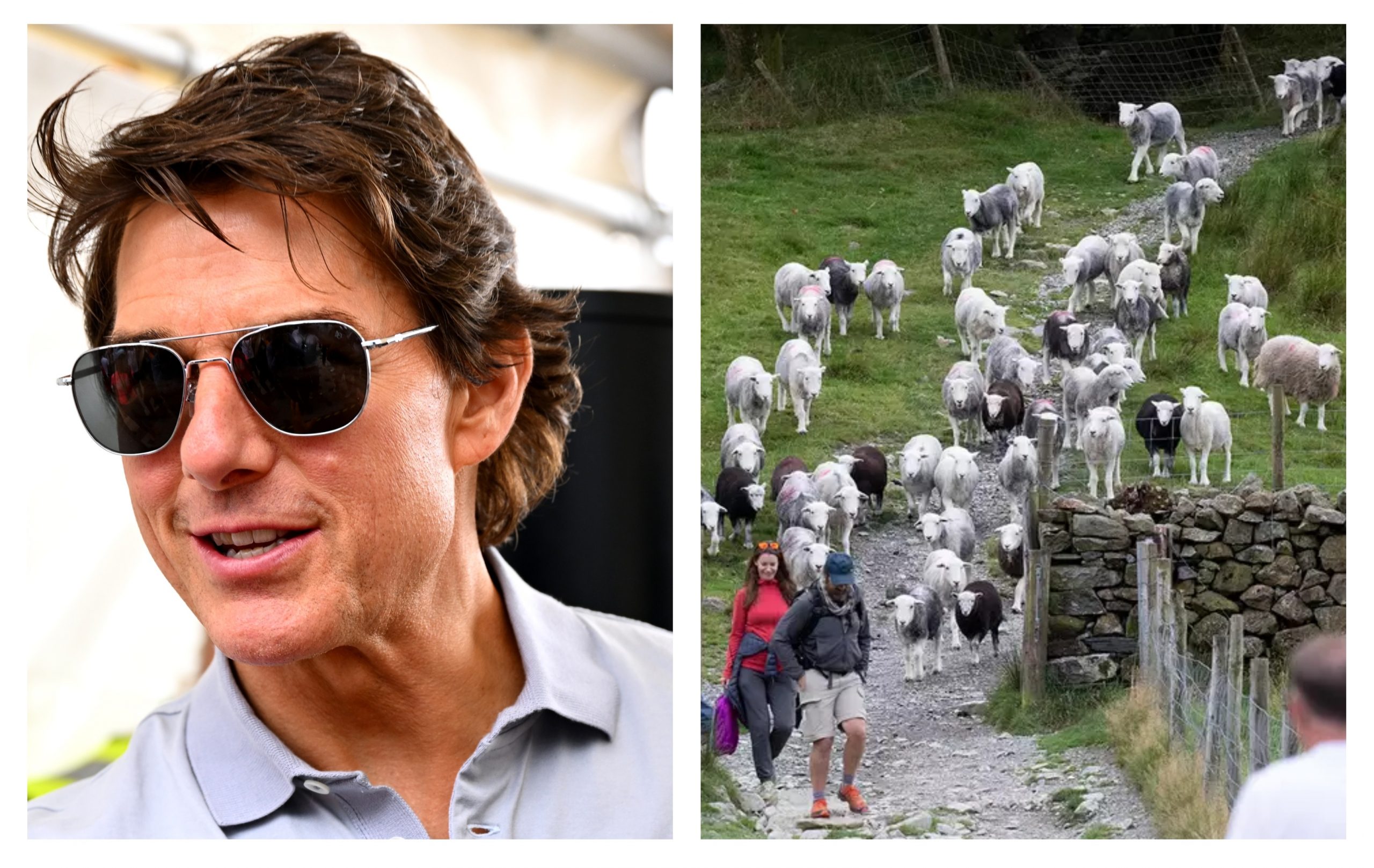 Tom Cruise recently faced a rather unusual setback on the sets of the much-anticipated Hollywood biggie Mission: Impossible 8.

The actor and his crew were forced to stop production after a flock of sheep invaded the sets in England’s Lake District, according to reports.

Photos that have been doing the rounds on the internet for some time now show around 100 animals walking into gates that separated the filming location from the English countryside.

Being the great human being that he is, Cruise ensured the interlopers made it to safety before carrying on with filming. The 60-year-old Hollywood star, who stars as crime-solving hero Ethan Hunt in the film franchise, couldn’t help but laugh at the hold-up.

Cruise has been filming scenes for the film since July. Earlier, a group of local walkers in the Lake District accidentally stumbled upon the actor in the countryside. The megastar happily posed for photos with a couple of passersby, before thanking them and returning to filming.

“He was nice and polite and really humble. Tom Cruise apologized for the noise of the helicopters and asked if we were all right,” a passer-by said.

“He was making sure everybody who wanted to, got their photos with him. We were the last ones to get his picture and then he just paraglided off the mountain back to his camp next to Buttermere. It was a real pleasure meeting one of the most famous Hollywood celebrity actors out there – one of the richest as well. It was not what we expected while out walking on the fells,” he added.

The seventh film from the globally successful Mission Impossible franchise is set to hit cinemas in July 2023. A release date for the eighth film is yet to be announced by the makers.