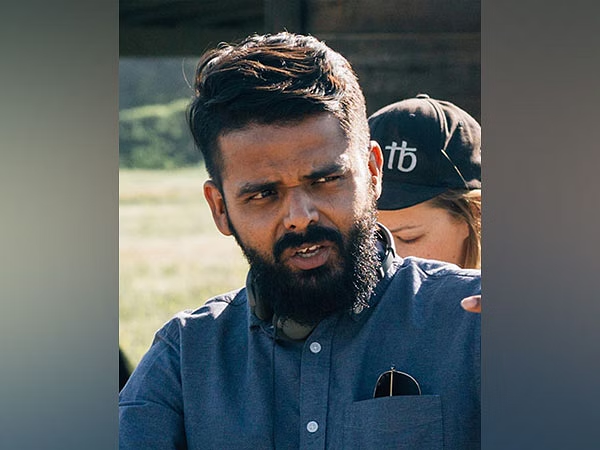 Arkesh Ajay is a Los Angeles-based filmmaker whose work includes fiction, documentary, film, and television. His films have been screened at some of the world’s most prestigious film festivals, including Cannes, Sundance, Hong Kong, Austin, and Nashville.

He is currently producing top-tier projects for producers in the United States and India, and in this interview, he talks about his journey thus far and his goals for the future.

Could you briefly discuss what brought you to follow a creative path?

Growing up, I was always interested in art and literature. I discovered world cinema a little late in life, also because I grew up in a boarding school in a pre-internet era, so access was an issue. But I loved the library and read all sorts of writers. Eventually, I discovered the world of Dostoevsky, Marquez, Kiarostami, Kieslowski, and the likes, and everything changed from then on. Art is a conversation, both with oneself and with the world around. It’s an insatiable curiosity to understand why we do the things we do. An urge to understand our actions, beliefs, and behavior. I suppose this curiosity is what brought me to a creative path.

How did you go about charting this extraordinary journey thus far?
I come from a film school background. I attended the much-mythologized UCLA graduate filmmaking program. Which sort of is my real starting point. From there on, it has been building on multiple fronts all at once. The industry has shifted a great deal even from when I started, less than a decade ago.

Fortunately, I have had the chance to work on some very outstanding projects with accomplished and notable names attached to them. Successes aside, these helped me expand my horizon. I saw how exceptional people do their work in this field, and that has been one of the greatest teachers.

One of the bigger questions for me is if I am getting better at my craft. I’m always searching for ways to be a more honest and direct storyteller. I think as time has passed, I have become more and more interested in the minutiae of things, the little things of a story interest me the most – a particular moment in the character’s life, a specific decision they have to make. Because it’s from there on out that the big things, the overall arcs get built. It’s the same way in our lives, isn’t it?

What kind of projects are you working on now? What’s your approach to a story?

I’m currently attached to a few projects in different capacities. I’m writing a period-drama TV show that’s expected to go into production sometime next year. I’m attached to write a couple more shows and movies, some of whom I’ll also direct and/or produce. These are across genres – comedy, drama, period, and so on.
I approach any story from the point of view of the character first of all, without letting any externalities get in the way of that. I think if we have a solid character the audience can understand, and the rest can follow.

Where do you see the film and TV world heading next? Should we expect the world’s industries to become more unified?

I think I’m not alone in saying this – but nobody really knows! There are tectonic shifts happening in the industry, or rather industries around the world, and we’re in the middle of these plates moving. Where will it settle, and when, is anybody’s guess. What remains certain is only one thing – there will be good films, and the audiences will love those films whenever and however they see them. The trick part is – if they’ll get to see them. In the age of streaming, may good films get buried in the maze of algorithms? There are so many wonderful films that come out, and even audiences who’d love that sort of film don’t know of its existence. I think we’re overdoing the algorithm business when it comes to individual taste because art really can’t be broken down into data points. It’s far more subjective than that and far more mercurial.

But we definitely should expect to see global filmmaking come together. We will watch a lot more cross-cultural productions, and slowly they’ll inform our own storytelling. That will truly be wonderful. It will see all of our art, and all of us grow and learn.