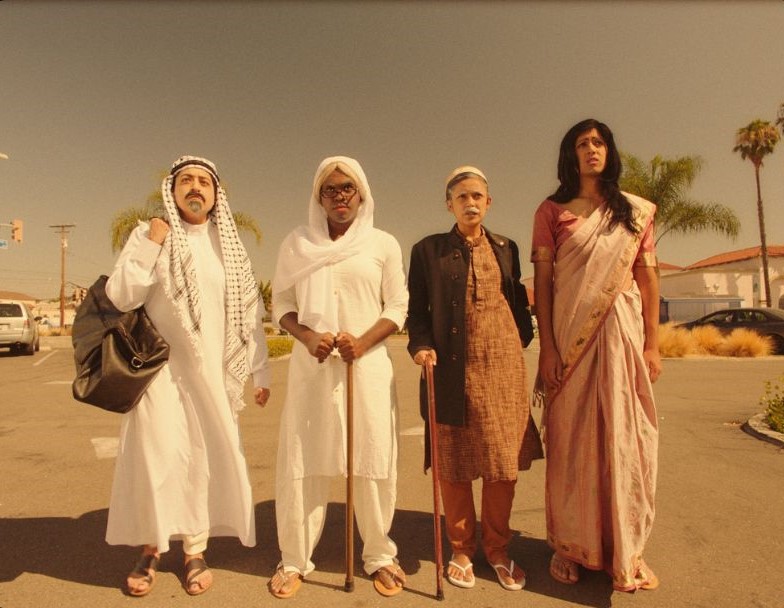 THIS comedy from British actor turned writer-director Ravi Kapoor has its UK premiere at the Raindance Film Festival on October 29.

It adds to the entertaining low-budget character-driven America set films with south Asian protagonists that have regularly come out across the years. The story revolves around an underachieving rapper, who wants to disrupt his girlfriend’s impending marriage by stealing her wedding diamonds. He gets an unlikely crew of an aspiring actor, a photojournalist, and a scientist trying to get a green card to execute the daring plan of raiding a safe in a giant supermarket.

The cleverly shot comedy set in the Los Angeles suburban Little India neighbourhood has colourful characters that take centre-stage, ahead of the story. The film is reminiscent of cult comedies like Napoleon Dynamite, Slacker and Clerks, while being framed like the Wes Anderson type of cinema.

There is good humour inserted into the wellcrafted characters, including smaller supporting roles, and how they interact with one another forms the bulk of this film’s entertainment. There are great one-liners and interesting set pieces.

What gives this movie extra drive is great performances from the entire cast, with Venk Potula being particularly great as the lead protagonist. Each of the actors gives their role a nice uniqueness.

Ravi Kapoor does a great job of making use of a low budget, by bringing out the best in the setting, dialogues, characters, and the wonderful background score.  There was, of course, more scope to turn this into a stronger, more believable story and find out more about the main characters.

But that doesn’t take away from the charm of this surprisingly decent effort, which is well worth catching at the film festival and finding when it eventually releases. It is different from other comedies featuring south Asian characters.