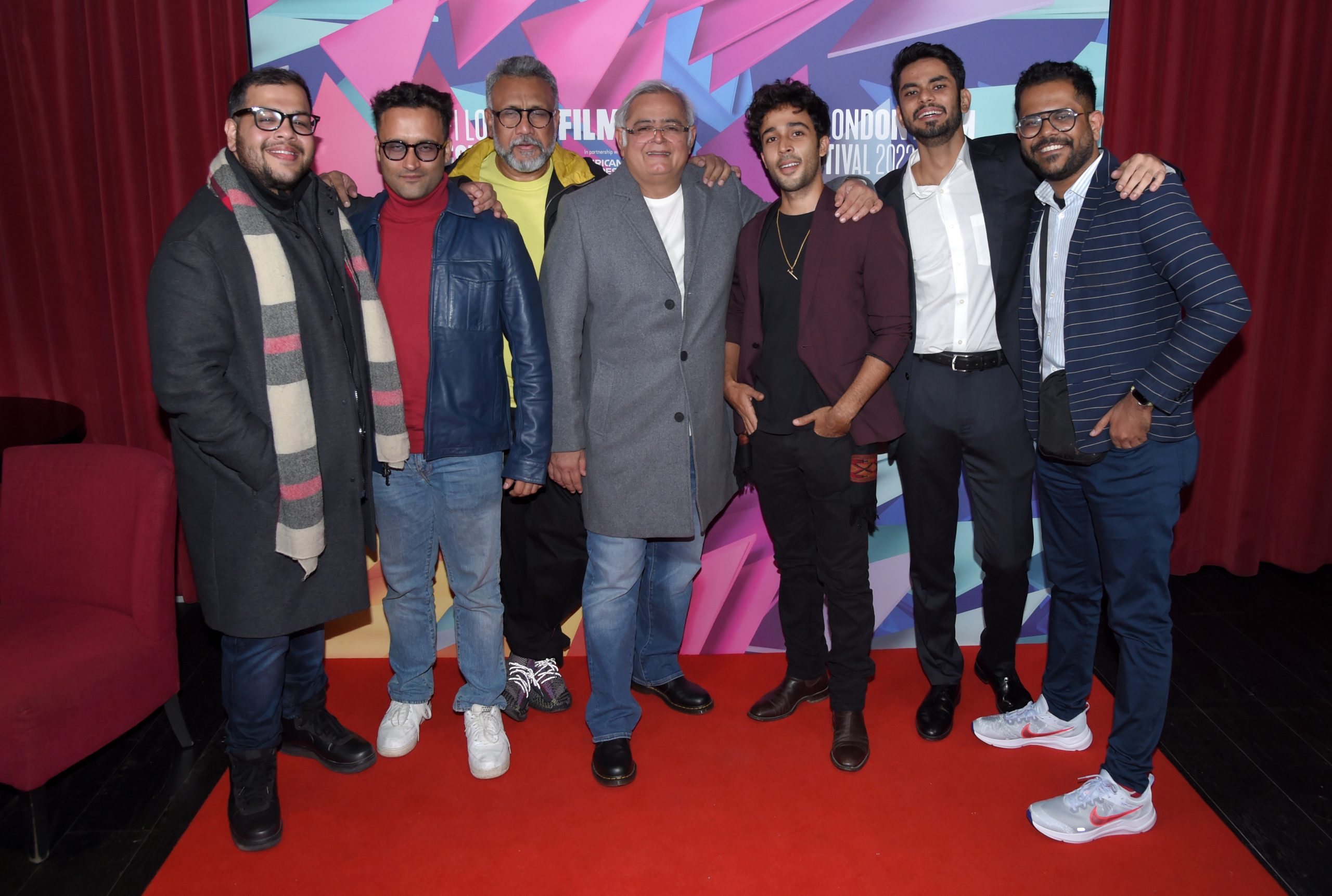 THE recently concluded BFI London Film Festival returned in its “new normal” form with brilliant venue partners extending to 10 cities around the UK.

Along with a vibrant selection of features, documentaries and shorts, the series and immersive programming have become an integral part of the festival.

The films from south Asia were few but striking.

Firaaz, the younger son of a politically privileged family, meets his friends in the café and is caught in the crossfire. His arguments about faith and the true meaning of Islam with the brainwashed terrorist leader forms the crux of the film. It is a stirring depiction of a moderate Muslim who sees his religion being distorted by radical extremists. Mehta brings sensitivity and empathy to the subject, often with humour about the inept police and army enforcement leaders.

Director-screenwriter Rahat Mahajan’s Meghdoot (producer Sanjay Singh, India) is an imaginative and courageous approach to the classical love story and the popular idea of incarnation. Fusing the Kathakali dance form, music, storytelling and stylised photography, he recreates a mythical love story performed by dancers and storytellers. Cut to today’s boarding school in the hills, where a high school boy finds himself hopelessly attracted to his class friend. He soon finds there are larger forces at play in the reimagination of an ancient Indian myth.

Unmissable were the number of works centered around gendered experience of violence, abuse, and continued regulation over women’s bodies.

The Bangladesh entry, Nuhash Humayun’s Moshari, is an intriguing short (produced by Bushra Afreen/Nuhash Humayun, Bengali, 2022, and Jury award winner at SXSW) and has become a conversation starter during the festival. Two sisters live as survivors hiding from demons and bloodsuckers, under a mosquito net. When one sister’s curiosity gets her out of the safety net, the older sister has to face her demons. The film works at different levels, opening up many meanings and possibilities for women, from purdah to regimentation, from mosquitoes to vampires, from mythical monsters to gutsy challenges.

Humayun said: “I wanted to capture our strange relation with the moshari [mosquito net] – a metaphor for both safety and suffocation.

“These emotions have existed for generations as folk tales and primal fears, but not in a cinematic space.”

Malala Yousafzai introduced the film to the festival audience (her production company executive produced the film), saying “there will be more south Asian stories to tell and we will tell them ourselves”.

Finally, stealing audience hearts, Shounak Sen’s much-awaited epic documentary All That Breathes is the winner of this year’s Grierson Award for best documentary.  Collecting accolades since its opening at Sundance and at the Cannes Film Festival, the film ran to packed houses and had a mesmerising effect not only with its profound message but its empathetic treatment of the circle of life.

Two brothers struggle to run their home-grown hospital for birds in Delhi as the challenges of pollution and social unrest loom in this hypnotic and chilling documentary. Nadeem and Saud rescue injured kites and vultures – as they struggle to live in Delhi’s toxic and contaminated environment. An overcrowded and polluted neighbourhood offers a backdrop for the most profound and meditative statements on the relationship between human life and nature. Magical photography creates a dreamscape as an aeroplane is reflected a pool of water, and one of the brothers says “All things that breathe are related to each other”.

From soaring kites in the sky to the rats in sewers, the film makes a moving plea that all life is worthy of love, care and compassion.

The Grierson award jury said: “The film that through an intimate lens, reveals the beauty of kinship and the struggle for survival in a time of increasing social and environmental collapse. This masterful work is thrilling evidence of the present and future of non-fiction filmmaking. This is pure cinema.”

The film has deep connections to the UK with its producers based in London. The screenings in packed houses were also a joyous gathering of crew members. The delighted director commented that “such awards give traction to the work that the protagonist brothers Nadeem and Saud do and believe in.”

All That Breathes, distributed by Dogwoof, is now in theatres across the UK.
This is a happy indicator of shifting audience tastes as well as widening viewership for non-fiction films.

Nadiya Hussain: I won’t let my skin be lightened for photoshoots now

TRS adds a festive tadka to Diwali on the Square