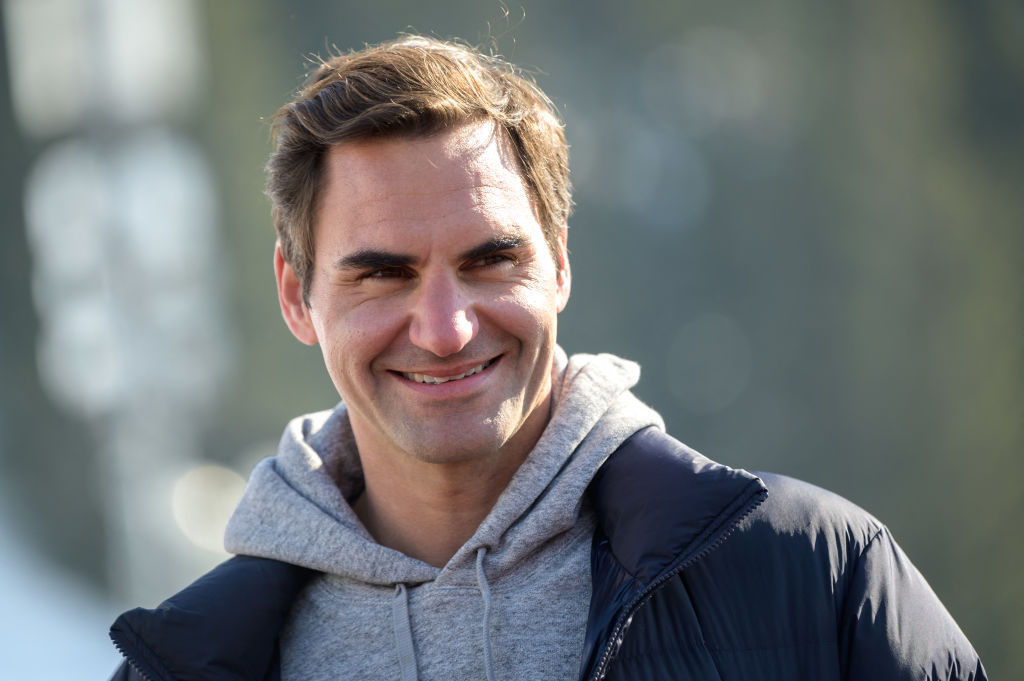 Roger Federer, regarded by many as the greatest male player to wield a tennis racket and who took the sport to new levels during a career spanning more than two decades, will retire after next week’s Laver Cup in London.

The 41-year-old, who won 20 Grand Slam singles titles and re-defined a sport with his artistry and grace, broke the news tennis fans across the world have long feared in a lengthy statement on Thursday.

A knee injury meant he has not played a match since losing at last year’s Wimbledon, although many still hoped he could come back for one last golden farewell.

But he said his age had finally caught up with him.

“As many of you know, the past three years have presented me with challenges in the form of injuries and surgeries,” Federer said in an 845-word statement posted on social media.

“I’ve worked hard to return to full competitive form. But I also know my body’s capacities and limits, and its message to me lately has been clear. I am 41 years old.

“I have played more than 1,500 matches over 24 years. Tennis has treated me more generously than I ever would have dreamt, and now I must recognise when it’s time to end my competitive career. The Laver Cup next week in London will be my final ATP event. I will play more tennis in the future, of course, but just not in Grand Slams or on the tour.”

The likely end of Serena Williams’ tennis career following her emotional U.S. Open exit earlier this month and Federer’s announcement leaves the sport staring at the beginning of the end of the its golden era, a dreaded prospect for fans.

Federer, who dominated men’s tennis for several years after winning his first Grand Slam title at Wimbledon in 2003 and who forged thrilling rivalries with Rafa Nadal and Novak Djokovic, has been troubled by injuries in recent years.

He has undergone three knee operations in the last two years and his last competitive match was a quarter-final defeat against Poland’s Hubert Hurkacz at the 2021 Wimbledon.

Federer had offered some hope to his legions of fans when he said he planned to return to the tour after teaming up with long-time rival and friend Nadal to play doubles at the Laver Cup in London next week.

He had also planned to play at the Swiss indoors tournament at home in Basel.

But he will sign off in London, the city where his unique ability to strike a tennis ball first captivated the tennis world and beyond.

“I wish this day would have never come. It’s a sad day for me personally and for sports around the world,” Nadal, a 22-times Grand Slam champion, wrote on Twitter.

“It’s been a pleasure but also an honour and privilege to share all these years with you, living so many amazing moments on and off the court.

“We will have many more moments to share together in the future, there are still lots of things to do…For now, I truly wish you all the happiness with your wife, Mirka, your kids, your family and enjoy what’s ahead of you. I’ll see you in London.”

Federer, who has two sets of twins with wife Mirka, said his decision to retire was bittersweet, as he would miss everything the tour had given him.

“But at the same time, there’s so much to celebrate. I consider myself one of the most fortunate people on earth,” Federer added.

“I was given a special talent to play tennis, and I did it at a level that I never imagined, for much longer than I ever thought possible.”

Federer was always regarded as a prodigiously talented youngster having first picked up a racket in Basel and won the Wimbledon junior title in 1998.

Three years later he beat American great Pete Sampras on his way to the quarter-finals at the All England Club and it seemed only a matter of time before his breakthrough came.

In 2003 he outclassed Mark Philippoussis on Wimbledon’s Centre Court to begin a Grand Slam collection that many thought would never be matched, although he now stands third on the men’s all-time list behind Nadal (22) and Djokovic (21).

He also holds the record for 237 consecutive weeks as world number one and the only omission from his glittering CV is an Olympic singles gold medal, losing to Andy Murray in the 2012 final, although he did win the doubles in 2008.

Federer ended with 103 career titles, second only to Jimmy Connors, and reached 157 finals and stacked up a head-spinning array of records along the way.

The statistics cannot do justice, however, to a player who transcended the world of sport.

Tributes have been pouring in since Federer’s announcement.

“You changed the game #RForever” the men’s ATP posted on Twitter, while women’s great Billie Jean King described him as the “champion of champions”.

“He has the most complete game of his generation and captured the hearts of sports fans around the world with an amazing quickness on the court and powerful tennis mind,” the American said.

Wimbledon, where Federer’s eight titles is a record, summed up the sentiment perfectly.

“Where do we begin?” it said on its Twitter account. “It’s been a privilege to witness your journey and see you become a champion in every sense of the word.

“We will so miss the sight of you gracing our courts, but all we can say for now is thank you, for the memories and joy you have given to so many.”