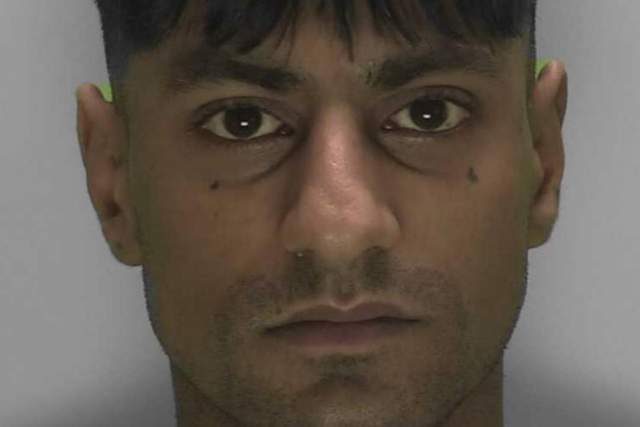 A man, who was seriously injured in his effort to save the public from a weapon-wielding schizophrenic, criticised the bravery award given to two police officers, calling the honour a “joke”.

Ifran Malik, 39, said he would not have been stabbed last year had the force been prompt in confronting the attacker – Ali Bhatti – who was waving a Samurai sword in Crawley.

Already on bail for possessing a dagger in a public place, Bhatti called up 999 three times saying he wanted to kill.

While still on the phone with police, the schizophrenic left his house and rode a motorcycle towards the Broadfield Roundabout, where he crashed. He then started walking through traffic along Horsham Road, waving the Samurai sword in the air.

Malik, the father of four, recognised Bhatti and confronted him. But Bhatti stabbed Malik with the sword, causing serious injuries to his chest and forearm.

Bhatti continued the unprovoked attack and slashed at a second man who was walking along the footpath nearby.

Police constable Ryan Oakley and Sergeant James Arrol-Barker approached the armed man and deployed their Taser multiple times before it took effect and Bhatti fell to the ground.

The officers placed him in handcuffs and seized the weapon. Bhatti, 33, an unemployed man from Henderson Road in Crawley, was taken into custody.

This week, he was sentenced to indefinite detention in a secure hospital.

Oakley and Arrol-Barker won the 2022 Police Federation Bravery Awards for the Southeast region for their actions in detaining Bhatti.

But Malik called the police response to the schizophrenic’s actions a ‘joke’.

“They sat in their cars and we ran past them,” he told Mail Online.

“If the police had done their duty, we wouldn’t be here today and I wouldn’t have been stabbed. They should’ve been on his door in seconds. They waited once, twice, three times and still, they did nothing.”