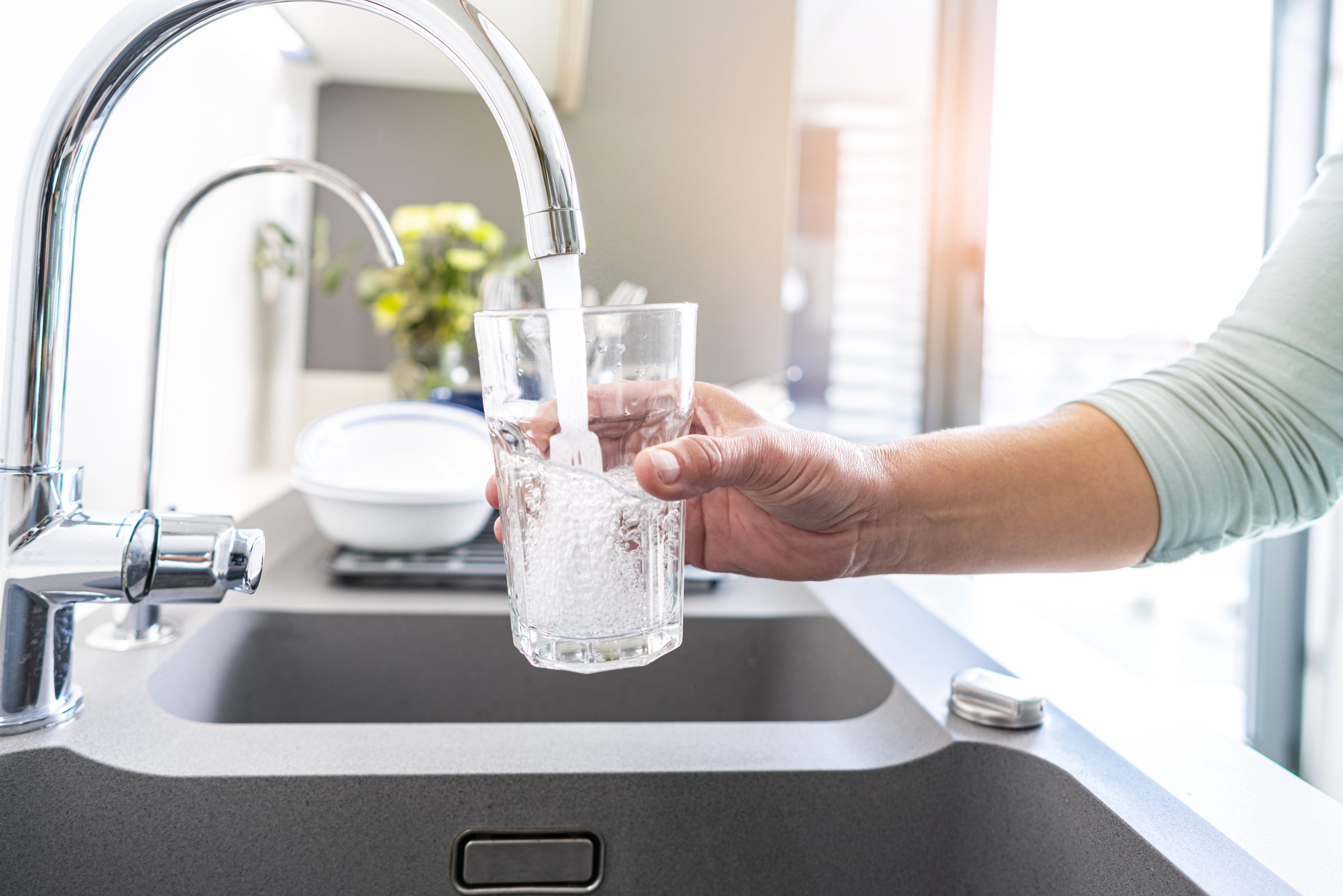 A London block of flats has been advised to “run their taps” for two minutes before using the water for drinking or cooking due to the risk of lead poisoning.

Lambeth Council reportedly made the suggestion in a letter to families residing at Dorchester Court, who reported the issue.

Based on media reports, 60 of the 96 flats on the estate had previously tested positive for dangerous levels of lead in the water.

In fact, in March 2022, the local authority handed the estate’s owner and managing agent an improvement notice, to rectify the matter as levels of lead contamination in more than half of the flats on the estate were found to be above legally permitted levels.

Also, the drinking water in at least 60 flats was found to be at risk of lead contamination.

In total, 40 of the flats supposedly had lead levels above the legal limit and residents said they were forced to drink bottled water for six weeks.

Councils issue improvement notices, which are legal documents when it believes there is a risk to the health and safety of people living in a property.

Earlier this year, Freeholder Manaquel and managing agent Property Partners declined a call from the local council to urgently replace the old lead pipes that are poisoning the water on the estate.

Lambeth Council has since written to residents of Dorchester Court with a warning to run their taps for two minutes to flush out contamination from the pipes.

The flats are supposedly among millions of homes built in the UK before the 1970s that still get their water through lead pipes, despite the health risks involved.

According to health experts, exposure to lead can be especially harmful to unborn babies and young children. Lead poisoning can lower children’s IQs and cause increased antisocial behavior. In adults, it can trigger miscarriages and cause high blood pressure.

The improvement notice served by the council on Dorchester Court’s previous owner Heinrich Feldman, and managing agent Property Partners instructed them to make sure people had access to safe drinking water within four months.

Since then, the residents have had lead filters fitted to their taps but they are still waiting for the pipes to be replaced.

Lambeth Council has reportedly said it is working with the freeholder – a company previously owned by Heinrich Feldman who died in March – and Thames Water to have the lead pipes removed.

However, the council has informed the residents in a letter they received last week, that they were removing the improvement notice following an appeal from the estate’s freeholder.

The council has reportedly said, it agreed it was “appropriate” to revoke the notice due to the works carried out at Dorchester Court since it was issued.

But this decision has not gone down well with the locals who have hit out at their council.

The letter dated August 16, featured in the Mirror, reads as, “The council has reviewed its position and determined that it is appropriate to revoke the Improvement Notice […] We however continue to encourage residents to follow flushing advice:

“When water has been standing overnight for long periods in the pipework, flush the cold kitchen tap for approximately two minutes before using it for cooking or drinking.

“This should clear any water that has been standing in the lead pipework.”

Lucy McGarry, who moved into Dorchester Court two months ago, is reported to have said the situation was unacceptable. “It’s appalling, the 24-year-old said.

“I moved in two months ago but we were never told about the lead issue and I never googled the place, she told the Mirror.

“It’s all well and good telling people to flush out the lead but with the cost of living going up you can’t expect everyone to be able to run the taps.”

Seb Braun, who has lived in his two-bed flat on the estate for years, is also quoted as saying, “Unfortunately it’s not surprising, they are just trying to swerve doing anything for us.

“It was funny that on the letter it made it seem like it was a gesture of goodwill when the council forced them to install the filters.

“It’s not exactly cheap to live here either. It’s £1,600 a month in total for a two bed. I live here because the community is amazing but they don’t look after it and they do the bare minimum to it.”

The UK Daily News reports that lead water pipes were banned on new developments from 1969, but there is no legal requirement to replace them.

With regard to the issue of lead in the water, Lambeth Council is reported to have said, “We will be monitoring the situation closely and will continue to work to resolve the issues at Dorchester Court.

“Our priority is the safety of local residents and we are working with landowner Thames Water and others to ensure the safe and timely removal of the offending lead pipes.

“The public health message to residents is that flushing instructions are followed even when filters are in place.

Thames Water has previously confirmed that filters appear to help reduce lead levels in the water but this is not a long term solution and the flush recommendation still applies.”

Thames Water is quoted as saying, “Water quality and public health are always a top priority and a matter we take extremely seriously. We’ve been liaising with Lambeth Council concerning Dorchester Court since the issue was brought to our attention in February. The council took samples from flats at the property which indicated a slightly higher level of lead. We sent our engineers to investigate further where they took more samples and provided guidance to the residents.

“The investigations to confirm the presence of lead pipes is ongoing with Thames Water working closely with site owners/managing agents. We confirm any lead pipes under our responsibility will be replaced.”