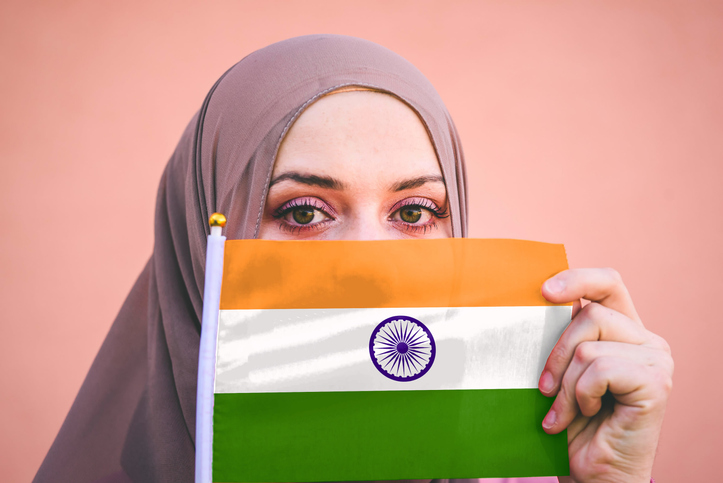 MUSLIM women in India, who found themselves listed for “auction” on a controversial site earlier this month, have spoken out how the incident has taken a toll on their mental health as they constantly fear for their safety.

Dozens of Muslim women were being offered for sale in fake “auctions” online without their knowledge, it emerged last week. Photos of more than 80 women were reportedly uploaded in recent weeks to GitHub, an open software development platform, under the title “Sulli deal of the day”.

Mumbai-based script writer Saniya Sayed, who found her picture on the site, told Eastern Eye it was a well-organised campaign directed at Muslim women.

“It is not just a cybercrime, but an expression of the pathological misogyny rooted in communal hate. Their targets were not just accounts of Muslim women with large followers, who assert themselves against the ideology of Hindutva, but also accounts of those Muslim women who prefer being apolitical,” Saniya said.

Speaking of her shock, she said she felt “exposed and unsafe” when she found out her pic was used by Sulli Deals.

“Sexual harassment and misogyny are unfortunately usual occurrences in the life of women on social media, but in this particular instance, the sexual harassment faced by us is not just because we are women but the fact that we are Muslim women – who can be treated like second class citizens in our own country and sold like cattle with impunity. It is a hate crime and should be treated as such,” Saniya said.

Delhi police has filed charges, although they are against unknown persons because they do not know the identity of the perpetrators.

Eastern Eye spoke to two other women whose profiles were listed on the site. New Delhi-based college student Afreen Fatima Ali and Dubai-based Tazeen Syed said they were “horrified” when they found their pictures as “Sulli deal of the day”.

All three women described how being a Muslim woman in India is not easy as apart from “regular” gender abuse, they are also attacked for their faith, their choice of wearing a hijab and also speaking out. And the online attacks have now escalated.

“Online trolling definitely is more triggering,” said Tazeen, who works in the sports industry and is also an advocate of women in the workplace.

“People might not come and tell these things to you to your face, but (being) behind troll accounts they tend to get even more confidence. The fact that these accounts are not blocked or taken down in time does provide more ammunition to abuse women,” Tazeen added.

GitHub said it suspended the users’ accounts, saying they violated its policies on harassment, discrimination and inciting violence. India’s National Commission for Women said the victims in the case included researchers, analysts, artists and journalists.

“As a woman in general, social media can be a highly triggering place; however, as a Muslim woman it gets worse because of the current environment being created in the country,” Tazeen said, referring to what some say is growing Islamophobia under the current government.

India’s government has not commented on the latest scandal. It denies being anti-Muslim.

Saniya told Eastern Eye she gets “hounded by communal slurs and insults” almost each time she posts anything on social media.

“No matter how much one tries to ignore them or get on with life, they do have a triggering effect in the sense that I do start questioning my place as a citizen in India,” she said.

Asserting one’s identity as a Muslim to talk about issues facing the community in India is “nothing less than a social crime” and brings “unimaginable hatred”, Saniya said. The hatred is now becoming more and more evident, she added.

“Not that it wasn’t there before, but it was still subtle and shrouded behind a veil of tolerance.”

“It is all out in the open now – nothing but naked hate and all because I am a Muslim who wants nothing but the rights my country’s constitution guarantees me.”

Afreen, whose father is unaware yet of what she has gone through lately, said this was no isolated incident. Muslim women routinely face vile abuse online where men sometimes also add them to unsolicited WhatsApp groups and even morph their pictures, she claimed.

It was not a long time ago that a similar incident was reported when YouTube LIVE shared pictures of Muslim women, mostly Pakistani, in an abusive and sexualised video.

Most of the respondents believed both the incidents could be linked as “many of these accounts follow each other”.

Asked if they reconsidered their presence on social media after this incident, Saniya said she thought about it, but decided against it.

“The entire purpose of this disgusting, dastardly campaign was to subdue and suppress our voices and stop us from asserting our identity as Muslim women. I was not going to give them the satisfaction of having succeeded in doing that,” she said.

Tazeen said no matter what we do, “they (online trolls) can’t be found or punished”, which is “scary and dangerous”.

“Today it happened online; tomorrow, this could be physical harm to all of us.”

The women also said the hate and objectification of Muslim women on social media is ignored by the media as well as “upper-class liberal voices whose silence in such matters is deafening”.

“They conduct debates on “love jihad” which last for days – targeting interreligious marriages and relationships, but something like this conveniently escapes their attention,” said Saniya.

“The bigger problem here is that similar incidents keep happening, but there is no outrage. Somewhere people have accepted this as ‘normal’ in India,” added Tazeen.

‘You won’t see me out there promoting any of my upcoming films,’ announces…

Twilight: New Moon director reveals why he turned down Taylor Swift’s request for…

Jade Goody’s son Bobby Brazier joins the cast of EastEnders, says, ‘I am…