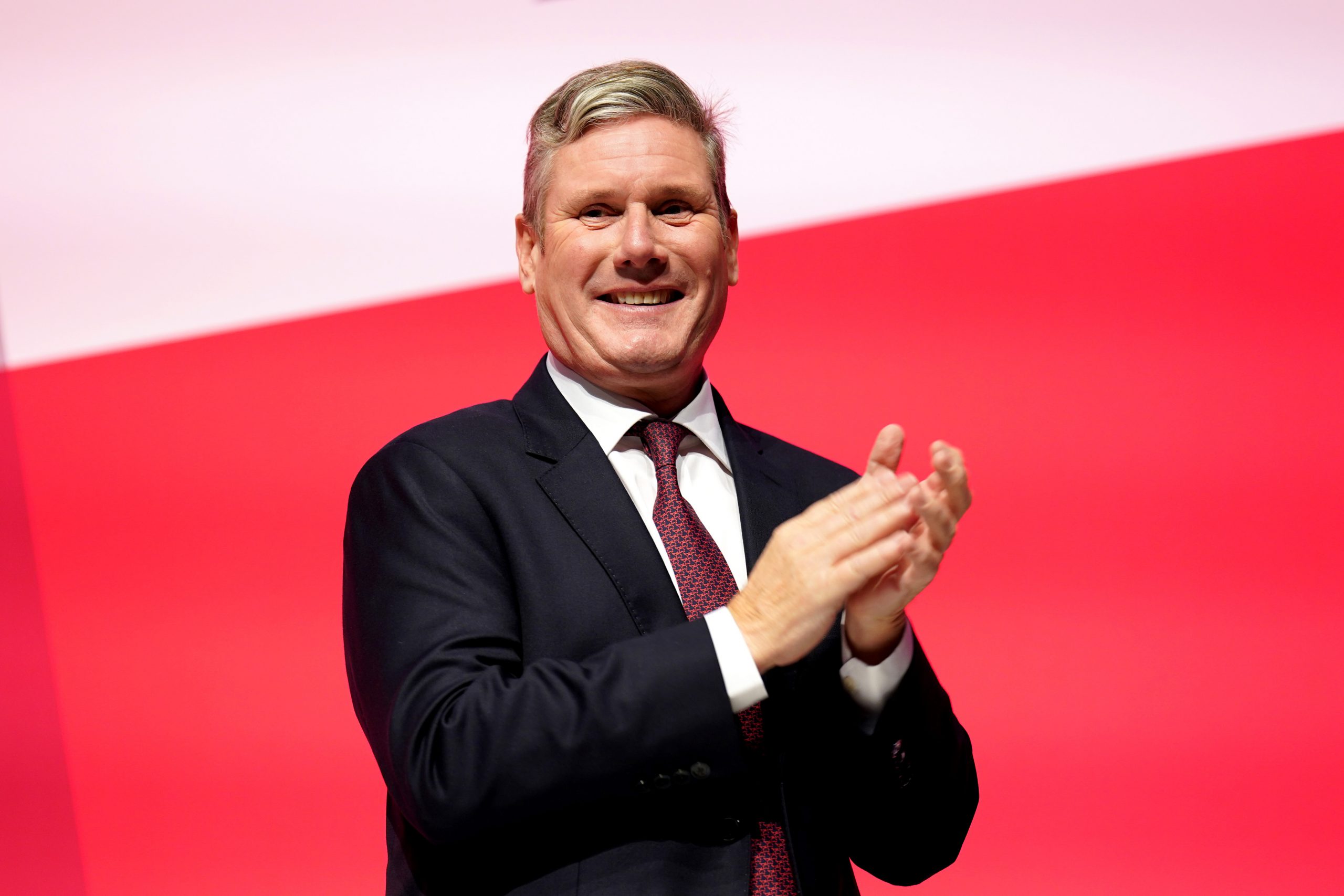 He also revealed his determination to work as “grown up” partners with the communities and his ambition to be the next prime minister.

In an exclusive and wide-ranging interview prior to the anointment of Conservative Rishi Sunak as the UK’s first non-white prime minister, Sir Keir also said Labour wanted to engage better with south Asians.

“The Labour Party has changed under my leadership,” said Sir Keir.

He added, “We are pro-business.

“We have a partnership arrangement with businesses, whether that’s pharmacies, GPs, manufacturing, hospitality.

“It’s part of that wider engagement.

“Our missions for the country are the right ones, and we can partner with business in delivering them.

“There was a perception that there was a distance between Labour and some of our Asian communities, and I want to close that gap very much in the mode of engage, engage, engage.”

He promised to help business because they were good for the country.

“So many businesses say in order to live we need a level playing field, and we can’t do that if we’ve got business rates which don’t work well in the modern world, and then hold us back and you need to do something about it, so that’s the first thing.

“The second thing is building the model of partnership, which is really important for businesses.

“Then there’s trading with the EU – many Asian businesses are exporters, and they want to be able to export well into Europe.

“That’s why I simply say thank you for the contribution that they’ve made.

“The diaspora here are year-on-year contributing £37billion to our economy; it’s huge.

“It’s very important for me to acknowledge that and actually to say thank you for that, because that is business people taking risks, often with their own money building up their businesses, and also the staff and the workforces that they build up with it.”

Among the biggest criticisms among south Asians in the UK is the lack of senior leaders from their communities in top 100 FTSE companies.

The Labour leader agreed that institutions must do more to promote south Asian talent.

“We need to change that, and I’ve got two examples of my own experience here,” Sir Keir said.

“We’ve got a future candidates programme to make sure we draw on all parts of our communities, including Asians.

“I worked previously as head of the Crown Prosecution Service, and one of the proudest things about those five years is that we pulled through to senior levels a very diverse leadership team, including many leading Asians.

“Every word about diversity has to be matched by actions, so that others would say, ‘Well, I know that’s something they (Labour) believe in, we can change, and I can see where my future lies.’”

Last month [October 15], he held a breakfast meeting with some of the main protagonists, organised by the Asian Media Group, publishers of Eastern Eye and Garavi Gujarat news weeklies.

“We’re having discussions with Asian businesses, hugely important leaders, asking them what their areas of concern are.

“It’s actually developing and influencing, so the people in that room will have influenced the next Labour government.

“That is the best engagement you can possibly have, and that’s what I think they’re yearning for.”

Sir Keir and the business leaders spoke under Chatham House rules, which mean we cannot identify who said what.

One major concern was how south Asian businesses were unable to get financial help through banks, especially during the pandemic.

They also wanted to know how Labour would help their businesses flourish.

Business leaders sought the party’s position on the proposed free trade agreement (FTA) between India and the UK.

Another pointedly asked about trade post-Brexit and a lack of consistency in policies.

“The latter leads to much more, and you put a lot more tailwind in the manufacturing sector if you’re growing the pie by exporting.

“It’s been enormously difficult to now give half our exports to the EU in the last three or four years, from more than £350 million a year to less than half.

“I’m being forced to invest in places like the Netherlands and France because the Tory government never thought through the implications of just exiting this market that is sitting on our doorstep.

“With your help, how would Labour think about that?”

Sir Keir made clear he wanted both manufacturing and exporting to Europe.

But it was not just manufacturing which concerned business leaders.

When Boris Johnson visited India as prime minister earlier this year, it was announced that the FTA would be completed by Diwali (which was celebrated on October 24).

However, that deadline passed with no FTA in place.

UK Home Secretary Suella Braverman’s incorrect comments about Indian immigrants breaching their visas did not help matters, with some reports stating New Delhi was not best pleased with her rhetoric.

Sir Keir said he understood the importance of a trade treaty with India.

South Asian business leaders told the Labour leader that Britain had a skills shortage, and they gave the example of the shortage of doctors.

“You should question this in the parliament,” said one. “It’s the senior skill set who will create or will take care of the country, and that’s doctors, that’s what we need.

“If we talk to any doctors in India, we’re struggling to find them because we need them in the pharma companies to do clinical trials, for example, and they’re saying, ‘Oh, no, we’re not interested because it’s much better to be in India or much better to be in Pakistan or Bangladesh.”

“The NHS has a £170 billion budget, so any future government is coming in, it’s got a massive challenge on their hands.

“One of the biggest problems that we’re facing is the workforce.

“Right off, it’s absolutely impossible to find doctors, the people who came from in the 1960s, most are retiring.

“Because of these punitive pension rules, one in three GPs is planning to retire in the next few years.

“So, I’d really like to know what the Labour Party plans to do on that.”

Sir Keir said he knew about the problems, that Labour was committed to more doctors, and it had revealed how it was going to do that at its conference last month.

“There are issues we’re concerned about how they’re being handled by this government, also around foreign students and other visa issues.

“We’ll be having, through our shadow Home Office team, a consultation as well the system and skills. That will be starting soon with Yvette Cooper [shadow home secretary] and her team.

“Historically, the Labour government, with a highly skilled visa worker scheme, led to a lot of Indians being able to come to Britain.

“We’re looking at how our businesses can prosper, and how can our nations work together to be much closer again.

“Those are areas in which we need to continue as that backdrop for a free trade agreement that will have the relationships in place, as well as the stability of a political framework that will help any agreement be successful.”

Malhotra said Labour “was open for business with south Asian communities and businesses and we are listening to them”.

Sir Keir said the UK was innovative, and the production of the Covid vaccine proved that.

But he claimed the government were holding back innovators.

The Labour leader promised to continue to meet south Asian business leaders on a regular basis.

Commentators say Sunak has only two years to turn around the economy and fix the cost-of-living crisis, or he will not win the next general election.

Asked whether Sir Keir would be Britain’s next prime minister, the Labour leader responded, “I hope so, and I’m absolutely determined that we will win that next general election.

“In the end, that’s a decision for the British public, but what they can now see is a change in the Labour Party, a Labour Party was ready to govern.

“They [the public] are comparing that with the complete shambles of a government which is presided over 12 years of failure, 12 years of low growth, and 12 years of stagnant wages, which has now done huge damage to our economy with their kamikaze budget.

“People are crying out for change.”

“WE MUST EARN EVERY VOTE”

Some praised his elevation as a sign that race was not a factor.

But others remained critical of how inequalities had widened among ethnic minority communities under successive Conservative governments.

“I think those old four great offices of state is yesterday.

“The Labour Party’s done far more on equality than the Conservatives.

“Look at all the equalities acts – they didn’t come from Conservative governments.

“There’s a fresh discussion to be had about immigration, now we’ve left the EU and how we have in principle a position on that, but, there’s always more to be done.

“I’m proud of our party’s record, and if you look at political representation as a whole, you’ll see a much more diverse team from the Labour Party.

“But I’m not going to shy away from the fact that we’ve got to do more, and I’m determined to do that.

“That is a challenge, I will take up and deliver on it.”

The Labour leader also rejected the notion by many south Asians that his party had taken their vote for granted.

“That’s not true, every vote has to be earned, whether it’s the south Asian vote or any other vote.

“What I’m absolutely determined to do is to show the Labour Party has changed.

“We are not the same party that lost that election in 2019.

“What I’ve been able to do particularly this year, once the Covid restrictions fell away, we could do more events.

“I’ve attended Diwali events, I’ve been to the [Bhaktivedanta] Manor (in Watford, north London), to various other celebrations, and actually engage in a much more meaningful way.

“That’s really important to me, and one of my messages to the Asian communities is about rebuilding re-engaging and making it absolutely clear that every single vote matters to us.

“But not in a complacent way, in a way of knowing I’ve got to earn every vote.”

It led to protests in Britain, with clashes between Indian and Pakistani supporters.

Sir Keir refused to apologise for the conference motion.

“The relationship between India and the UK is a historic relationship, which we care about, we nurture, and I want to build and strengthen.

“India is a democratic country we want to work with and deepen those relationships and go forward with the free trade agreement.

“Predominantly India or Pakistan and Kashmir have got to resolve that, and anything that we can do to help that the better.

“Being clear about where we go forward is really important, but also being absolutely clear that the Labour Party has changed in the last two and a half years.

“I recognised when I became leader that I had to pick a party up and make us fit for government, and the first bit of that was changing the Labour Party and looking at the issues including with the Asian communities where we needed to reengage.

“In opposition, the lighthouse only sweeps round every now and again onto the opposition, and it’s swept around onto us now.

“People are seeing a change to Labour Party, that’s why you’re getting this engagement, because they can see we’ve changed.

“The question now is, do we have the answers to the huge challenges for the country going forward, which are credible?

“And the answer to that is yes.”

So, was Indian prime minister a friend of Britain or an enemy?

“Whatever other political issues that may be, let me be very clear that is for the people of India to elect their leader, their prime minister, and we respect that.”