‘Excited’ about what UK, India can achieve as they deepen partnership, Sunak tells Modi 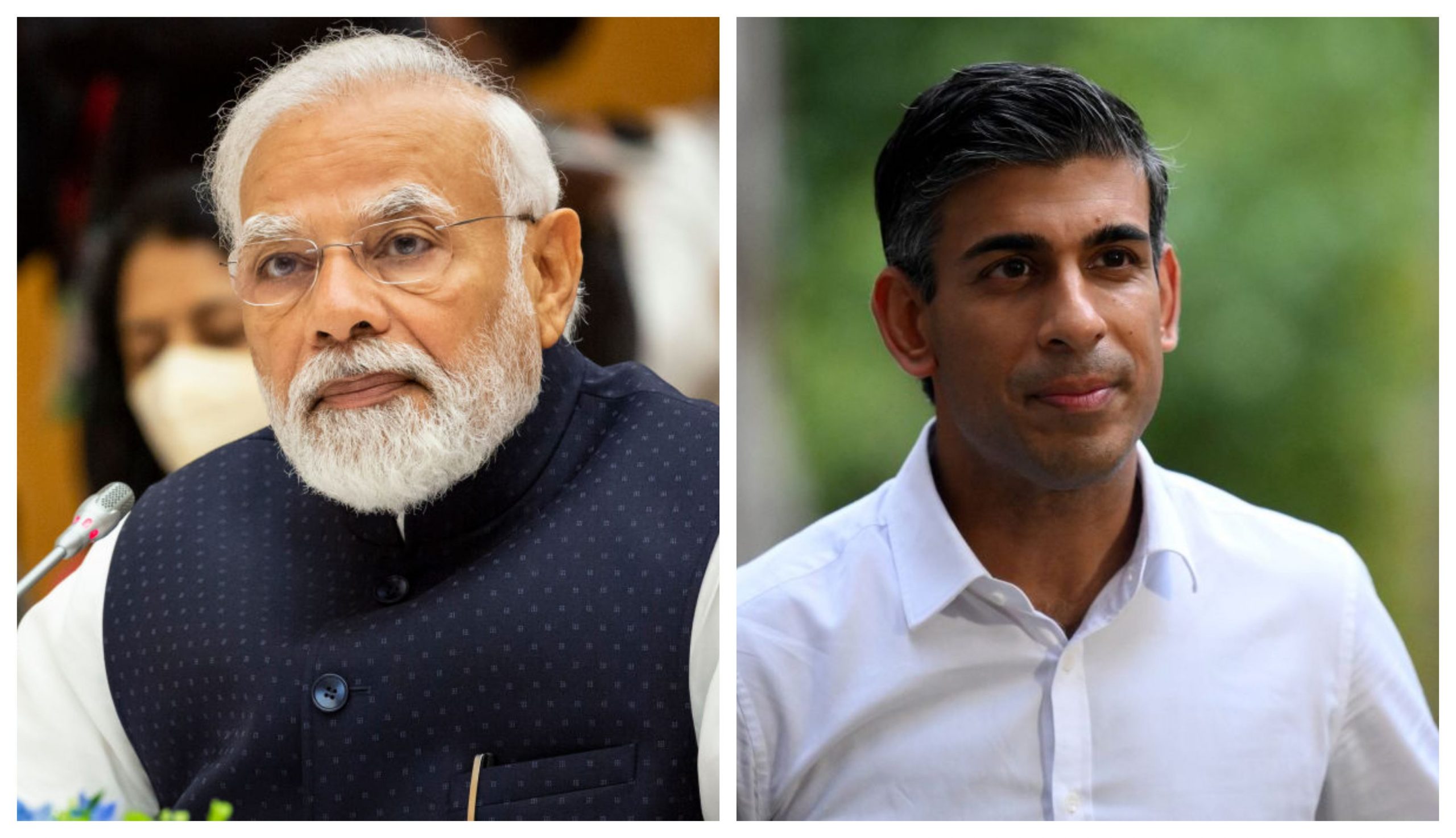 Britain’s new Prime Minister Rishi Sunak on Thursday (27) thanked his Indian counterpart Narendra Modi for congratulating him on his new role, saying he was “excited” about what the two great democracies can achieve as they deepen their security, defence and economic partnership.

His comment came soon after Prime Minister Modi spoke to him over phone and congratulated him on assuming charge as British Prime Minister.

“We will work together to further strengthen our Comprehensive Strategic Partnership. We also agreed on the importance of early conclusion of a comprehensive and balanced FTA,” Modi tweeted.

Sunak replied, “Thank you Prime Minister @NarendraModi for your kind words as I get started in my new role. The UK and India share so much. I’m excited about what our two great democracies can achieve as we deepen our security, defence and economic partnership in the months & years ahead.”

Sunak, 42, was elected Conservative Party leader on Monday (24), marking a very special Diwali for the former Chancellor of Exchequer who entered 10 Downing Street as the first Indian-origin and also the youngest British Prime Minister in 210 years.

The telephonic conversation between them comes just a day ahead of British Foreign Secretary James Cleverly’s visit to India on Friday (28).

In Mumbai, Cleverly will pay his respects to those who lost their lives in the terror attack at the Taj Palace Hotel in 2008 on Friday.

On Saturday (29), he will travel to New Delhi to speak at the Special Meeting of the UN Security Council Counter-Terrorism Committee. He will call on countries to work together to fight online terrorism — including global terror recruitment campaigns and live streaming of attacks.

In New Delhi, the Foreign Secretary is also due to meet Minister of External Affairs S Jaishankar to discuss the latest on the 2030 Roadmap, the landmark commitment to boost cooperation between the UK and India over the next decade under a Comprehensive Strategic Partnership.

“Since it was launched last year, huge progress has been made, including the start of ambitious free trade negotiations, the expansion of our defence and security partnership, including through a visit to India last year by HMS Queen Elizabeth and the Carrier Strike Group (CSG), and joint exercises to enhance cyber security collaboration,” according to the British Foreign and Commonwealth office.

Foreign Secretary James Cleverly said: “Our relationship with India is hugely important to me; as the world’s largest democracy, India is a natural partner for the UK in the Indo-Pacific. It is an economic and tech powerhouse. Our deeper ties will boost both our economies and help to tackle global security challenges. I look forward to working even more closely with India when it takes up the G20 Presidency in December.”

On Monday, Prime Minister Modi had congratulated Sunak and said he looked forward to working closely together on global issues and implementing the Roadmap 2030 for bilateral relations.

India and Britain launched negotiations for the Free Trade Agreement in January with an aim to conclude talks by Diwali but the deadline was missed due to a lack of consensus on issues.

The India-UK free trade deal is likely to get the much-needed impetus with Sunak moving into 10 Downing Street as experts see political stability in the UK giving momentum to negotiations.

Sunak, in his previous role as Chancellor of the Exchequer, had expressed support for the FTA as he saw enormous opportunities for both countries in the fintech and insurance sectors.

According to the experts, political stability in the UK now would help fast-track the negotiations for the pact, which could potentially double bilateral trade by 2030. The total trade between India and the UK stood at $17.5 billion in 2021-22.

India has in recent times signed trade deals with the United Arab Emirates and Australia but talks with the UK had hit a snag over easier access to Indian skilled workers.

Sunak’s historic milestone as the country’s first non-white Prime Minister is being widely celebrated as a sign of the diversity of modern-day Britain. He took over from Liz Truss just 49 days after she defeated him in the last leadership race.