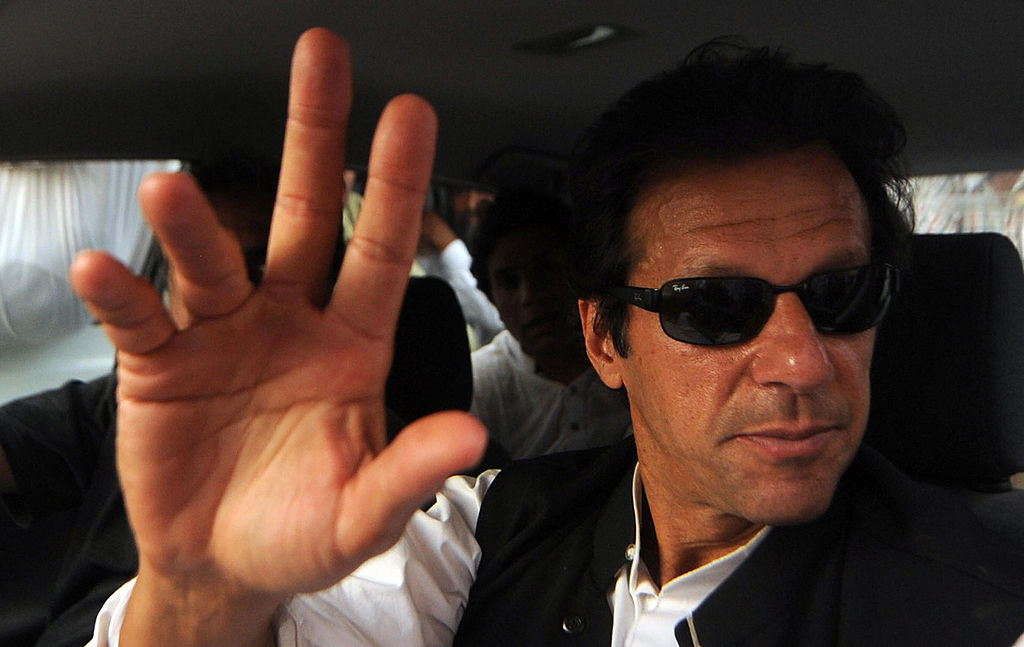 Chairman of Pakistan Tehreek-i-Insaf (PTI) Imran Khan waves to supporters upon arrival in Karachi on May 10, 2009. Khan said that over 1.5 million Internally Displaced Persons (IDPs) are facing problems across the country and the government should provide them facilities as soon as possible. AFP PHOTO/Asif HASSAN (Photo credit should read ASIF HASSAN/AFP via Getty Images)

Terming as “farcical” the FIR registered in the case in the assassination attempt on him, Pakistan’s former prime minister Imran Khan on Tuesday (8) said he would give his position through his lawyers.

The FIR registered by Punjab Police earlier in the day named Naveed Mohammad Basheer as the prime accused in the case. Police said they nabbed Basheer from the crime scene after confessed to his crime. In a confessional video, Basheer said he attacked Khan because he was “misleading the public”.

However, it does not mention the names of Pakistan Prime Minister Shehbaz Sharif, Interior Minister Rana Sanaullah and a senior Pakistan Army official Major General Faisal Naseer, three people who Khan had accused of hatching a plot to assassinate him.

Taking to Twitter, Khan said, “On the issue of the farcical FIR my lawyers will give my position.” “All my life I dreamt of seeing my country as a prospering welfare state & my struggle throughout has been to make this dream a reality for my nation. Today the nation has awakened, understood & risen in support of my message of justice, freedom & national sovereignty.

“When we are so close to our goal no fear or threat of death can stop my struggle. Our peaceful.protests & dialogue are only for Pakistan’s Haqeeqi Azadi,” he added.

Khan said for the future of Pakistan, the doors of his Pakistan Tehreek-e-Insaf (PTI) party are open to all democratic loving forces to join its struggle for justice, rule of law and freedom from foreign subservience.

The FIR was registered after the Supreme Court on Monday ordered the Punjab government to file a First Information Report in the assassination bid on Khan within 24 hours.

On Sunday, Khan had said that an FIR has not been registered on the botched “assassination attempt” on his life as authorities are refusing to file the case unless he removes an Army general’s name from the complaint.

The 70-year-old PTI chief suffered bullet injuries in the right leg on Thursday last when two gunmen fired a volley of bullets at him and others in the Wazirabad area of Punjab province, where he was leading a protest march against the Shehbaz Sharif government.

During the interrogation, Basheer admitted to opening fire on the container of the Pakistan Tehreek-e-Insaf (PTI) party chief. Basheer told the investigators that he did it because he was frustrated as Khan was misleading the nation and had also uttered blasphemous words.

However, the police believe that Basheer was a drug addict and his statements regarding the incident were “doubtful”.