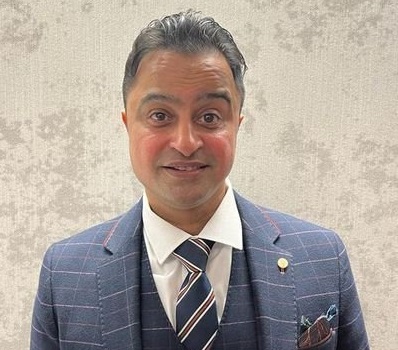 Crossing the political divide Councillor Deepak Bajaj said, “25 years of activism, public service, and 16 years as an elected member at Leicester City Council it is with deep regret I have decided to resign from the Labour Party.”

“I can no longer continue to be a member of the Labour Party as my values and principles are not aligned with what the party has become, especially locally.”

He said the Labour Party is no longer a transparent or democratic organisation and has become detached from the lives of ordinary working people. “Over an extended period of time the Labour party and its values in Leicester has changed.”

He added, “These values are now affecting the lives of those living in my ward, Evington. can no longer go on knowing I am not doing the best for those who voted me in. Over the years, I have witnessed and received evidence of countless examples of bullying, dictatorship, and appalling behaviour within the party which can not stand by.”

“The people of Leicester deserve much better.”

Bajaj who is a Councillor in the Evington ward of Leicester East, said, “I would like to thank everybody who has supported me over the years, I hope you understand the reasons for my decision today and hope we can carry on working together.”

“Furthermore, I would like to sincerely thank the people of Evington who elected me and have been by my side all of the way. look forward to continuing serving to the best of my ability.”

The Chair of the Conservatives in Leicester, Richard Tutt stated “Deepak is an excellent addition to our team, he is not just a pragmatic politician but he is also a hard worker and a fantastic campaigner, I am proud to have him on board.”