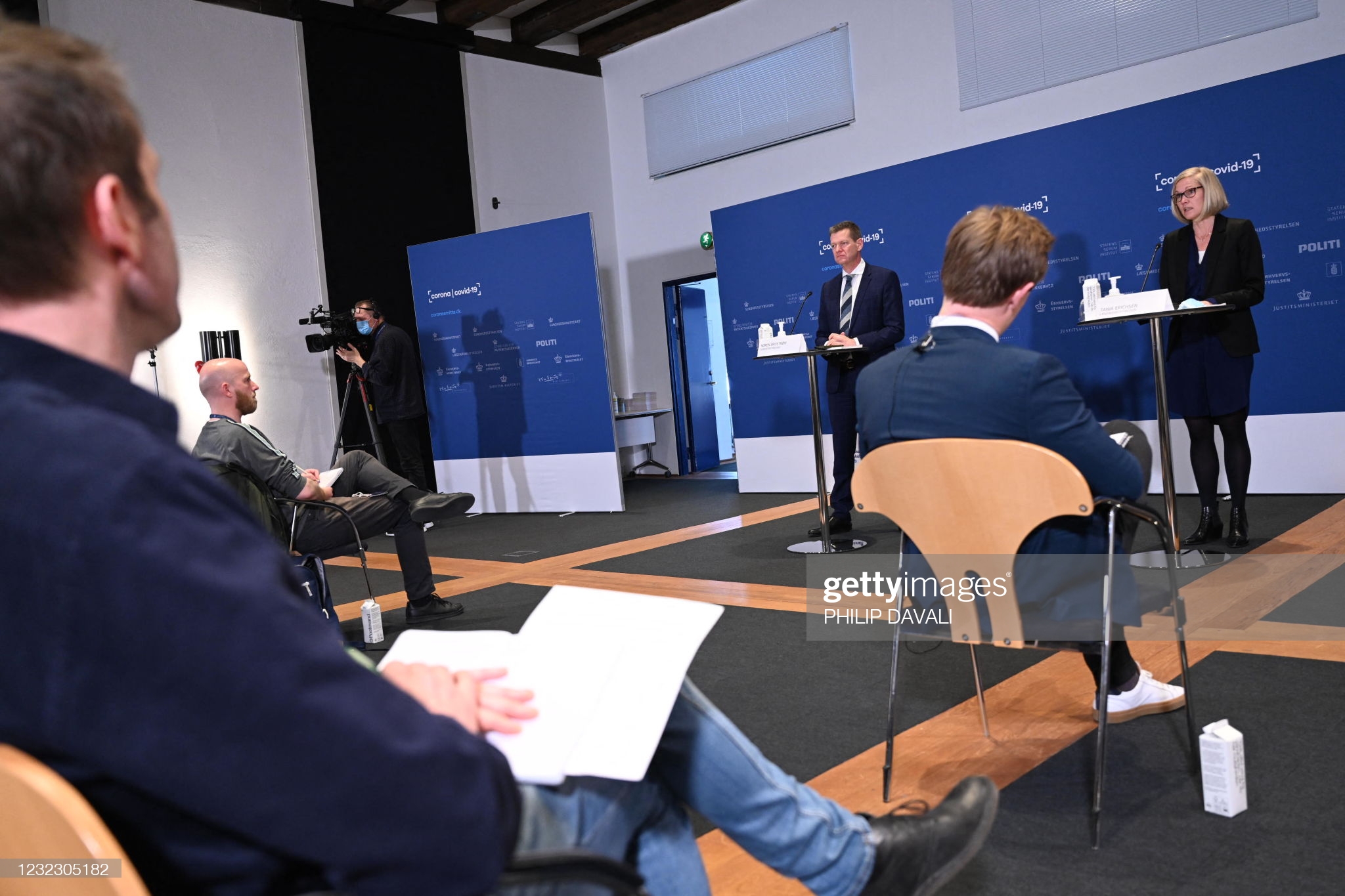 Tanja Erichsen, Head of Unit at the Danish Medicines Agency (R) and Soeren Brostroem, Director of the National Board of Health, address a press conference to explain why the AstraZeneca vaccine is stopped in Denmark, on April 14, 2021 in Copenhagen. – Denmark OUT (Photo by Philip Davali / Ritzau Scanpix / AFP) / Denmark OUT (Photo by PHILIP DAVALI/Ritzau Scanpix/AFP via Getty Images)

Wednesday, April 14, 2021: The European Union (EU) said on Wednesday that it would get 50 million Pfizer vaccine doses earlier than expected, as rival drug-maker AstraZeneca has now faced a fresh setback after Denmark banned its use over blood clot links.

The news came after Johnson & Johnson (J & J) said it would delay its European rollout, a major hit for the continent’s beleaguered immunisation campaign as several countries battle rising caseloads.

The vaccine setbacks has now threatened to dampen hopes that immunisations will allow countries to emerge from the pandemic that has now killed close to three million people and ravaged the global economy.

However, for Europe it can well be a good news as it is set to receive 50 million doses of the BioNTech/Pfizer vaccine initially expected at the end of this year.

The doses will now be delivered in the second quarter of this year, and will start arriving as
soon as this month. EU Commission chief Ursula von der Leyen said: “There are still many factors that can disrupt the planned delivery schedules of vaccines,” referring to the J & J delay.

“It is therefore important to act swiftly, anticipate and adjust whenever it is possible.”

More than 820 million doses of vaccine have now been administered globally, but with
demand far outstripping supply, countries are scrambling to secure much-needed jabs.

India to Ukraine: Dialogue is the way out

I tell my family I’m fine, but I’m not: Indian student stuck in…

The power of peace, prayers and finding common ground

Thrice as nice for Jitwam with his new music release