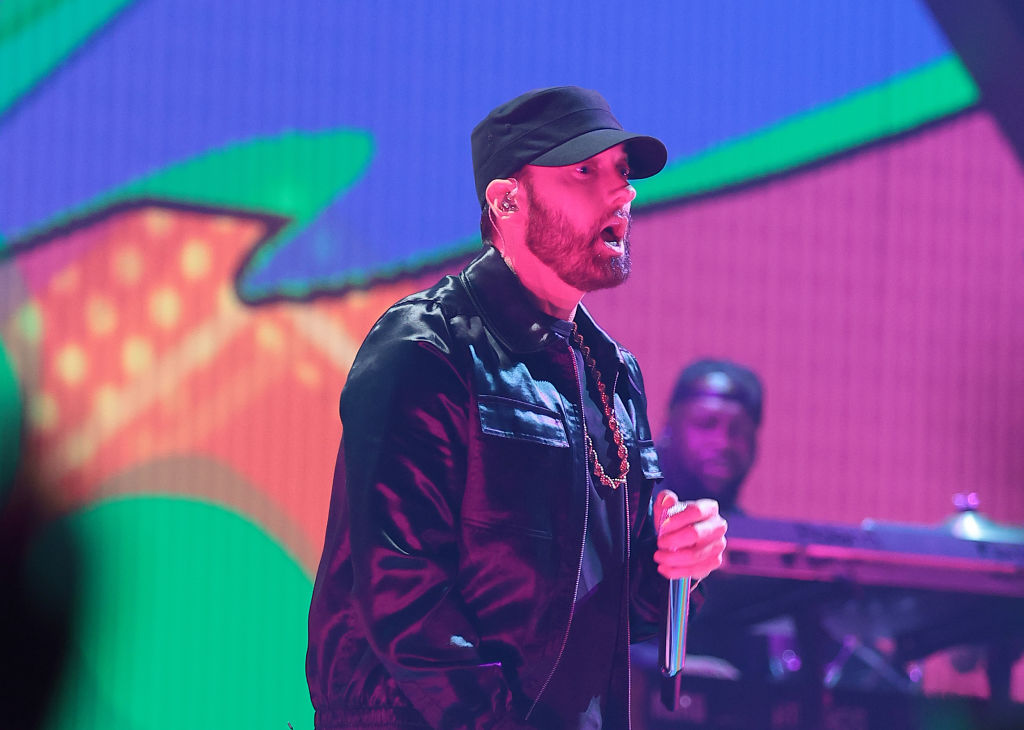 American rap legend Eminem’s daughter Hailie Jade, who has often been mentioned in his songs, recently spoke out on the attention surrounding her relationship with her father.

According to E! News, during the ‘Ask Me Anything’ episode of her podcast, Hailie addressed the questions she received about her father and spoke about how it feels receiving questions only about him. “Does it bother me when I get asked about my dad? Because a lot of questions were about my dad,” Hailie said on her ‘Just a Little Shady’ podcast.

She answered it by saying, “The best way to say this is yes and no… Honestly, it’s to a point. I obviously expect it. And there’s certain things I can understand why people are just genuinely curious about, as anyone would be when you’ve kind of grown up half in the spotlight,” reported E! News.

However, the 26-year-old said there’s a balance to be had when growing up in the public eye, saying, “Once it gets past that point though, I’m like, ‘I’m a person too.’” She stated that she has more to offer than just being Eminem’s daughter.

“So, it becomes tricky because I get it. But then, after a certain extent, I’m not going to speak on behalf of anyone. I’m not going to answer stuff that I don’t specifically have the answers to,” Hailie added.

As per E! News, though some questions have been fine to answer, Hailie noted that others would cross a line, “And there are certain things that, yeah, that’s just weird that you want to know that, but then things that have been a little bit shared, I understand why people are like, ‘OK is this true?’”