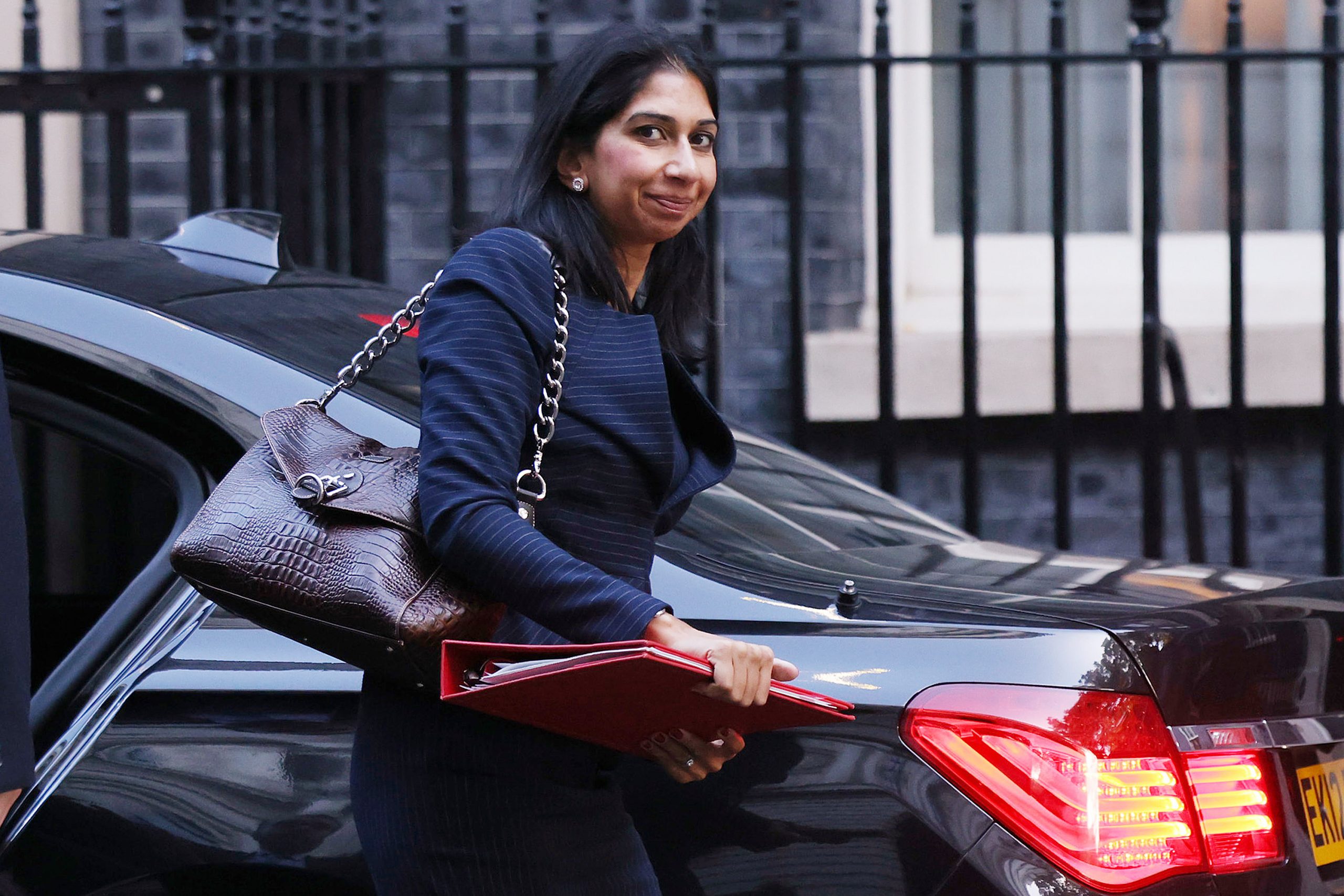 Home Secretary Suella Braverman has said the UK is eager to secure a trade deal with India to boost both economies and that Brexit has meant that Britain no longer has a Eurocentric mindset towards trade or visas.

Addressing a Diwali event organised by UK-based India Global Forum (IGF) in London on Tuesday evening, the Indian-origin Cabinet minister spoke of being a proud member of the British Indian community and hailed the contribution made by the Indian diaspora to British life.

In an apparent effort to override her recent controversial remarks about Indians forming the largest group of visa overstayers, the minister said the UK’s villages, towns and cities have been “profoundly enriched by immigration from India”.

“Naturally, there is an economic imperative for our countries to work together, which is why we are so eager to secure a trade deal,” said Braverman.

“But the boost to our economies is not the only virtue in making our friendship even stronger. We have a shared vision that by 2030 we will enjoy an even stronger partnership… As a Home Secretary, I particularly value the cooperation on security matters between our two countries. This is vital, on a domestic level in India and in the UK but also more broadly on an international scale, especially in the Indo-Pacific,” she said.

With Diwali no longer the target deadline for a draft free trade agreement (FTA), Braverman sought to reiterate that the Liz Truss-led government remains determined to build on the momentum set by Prime Minister Narendra Modi and former UK Prime Minister Boris Johnson.

“Candidly, leaving the European Union (EU) means the United Kingdom is better placed to think outside of the Eurocentric mindset, look to every horizon and cherish and nurture relationships with old friends like India. The points-based immigration system means that we no longer favour people from Europe over people from elsewhere. Meanwhile, around a quarter of all foreign students in the UK are from India,” she noted.

Dressed in a lehenga for the Diwali celebrations attended by other senior parliamentarians, business leaders and diplomats, the minister also reflected upon her very personal connect with India and spoke of being struck by how “fresh and vibrant” the India-UK relationship always feels on her travels “from Kerala to Bihar, from Delhi to Calcutta”.

“India is in my heart, she’s in my soul, she’s in my blood. I’m very proud that my father has his roots and his family home in Goa and my mother can trace her ancestral origins to Madras,” she said.

The minister said she wanted British people to be able to “drink deeply of Indian culture”, through visiting, studying and working in India and by throwing themselves into it in the UK, where entry must be based on “merit, not the ability to pay people smugglers, whose wicked lethal trade we have to smash”.

“We consume food, music, movies and art from each other’s countries voraciously. The story of India and the story of the UK are so intimately linked that they are to a great extent the same story,” she declared.