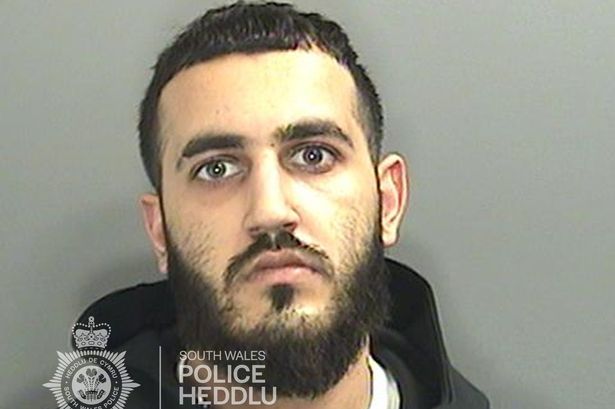 A drug dealer in Wales has asked a judge not to send him to prison as he is carer for his girlfriend who has an on-going debilitating illness, according to a report.

The Newport Crown Court on Monday (3) sentenced Khan to a total of three years and six months imprisonment. It heard that Khan was released under investigation following drugs offenses.

In the final order, the judge observed that he had ‘gone up in the world’ in the drugs supply chain, reported the WalesOnline.

Khan was first stopped and arrested by police in Cardiff Bay on September 14, 2019. Though he tried to escape he was chased by officers and found hiding in a garden. He was found in possession of cocaine, £1,110 in cash, digital scales and counterfeit currency.

Upon questioning, Khan claimed that the the drugs were for his own personal use and the money was given to him for his birthday. He claimed he used the digital scales to avoid being ripped off.

But police seized 5.25g of cocaine, an iPhone, £1,400 in cash, and digital scales containing traces of cocaine from his home in Atlantic Place, Barry on 1 June 2021. Officers also found folic acid which can be used as a cutting agent. It increased the street value of the drugs from around £650 to between £1,600 and £2,000.

He later pleaded guilty to possession of class A drugs with intent to supply them.

During the hearing, solicitor-advocate Derrick Gooden said that Khan has been working full-time since his arrest and acted as a carer for his partner who is sick.

Khan was resigned to spending his first sentence in prison.

“From your phone, it’s quite clear to me you were not only street dealing but you had gone up in the world in terms of your role. You were beginning to work your way up in the supply chain and you were starting to work your way up to a wholesale basis…. You must have known through the risk of drug dealing this day would come,” Judge Shomon Khan was quoted as saying by the WalesOnline.