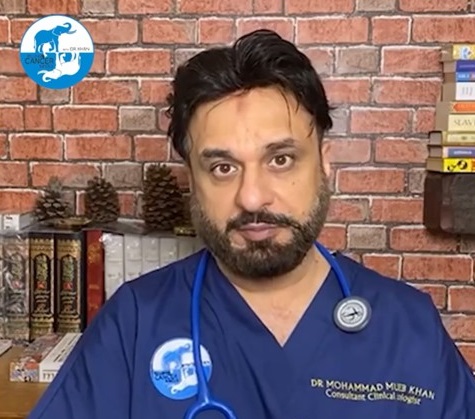 Dr Mohammad Muneeb Khan, an NHS doctor and consultant clinical oncologist at Queen’s Centre for Oncology and Haematology has claimed that spending 30 seconds every day in the early morning sun could cut the risk of getting cancer.

According to the doctor who is based in Yorkshire, spending just 30 seconds in the morning sun may be the ‘simplest, cheapest, most effective and by far the most natural way’ to prevent cancer, the Daily Mail reports.

The doctor claims that stepping outdoors during the early morning hours between sunrise and 9am could reportedly cut the odds of developing cancer from a one in two chance to one in 10.

However, cancer charities have slammed the oncologist’s claims.

Cancer Research UK has warned that there is no evidence that being exposed to the sun’s near-infrared light or NIR ‘acts as a preventative measure to reduce the risk of cancer.’

Regarding his theory, Dr Khan, who is also the founder of the charity Killing Cancer Kindly is reported to have said, ‘It really couldn’t be easier.

‘Stepping outside every morning to catch the best NIR light really could be the simplest, cheapest, most effective and by far the most natural way to protect against the Big C for any cancer-free adult anywhere in the world.

‘It is still early days but if further research bears out the initial findings about mass melatonin production – which is highly compelling with the potential to reduce the cancer risk rate by five times, from one in two to one in 10, equating to an 80% reduction – then we should all make time every morning to bathe in the healing light of the sun.”

Dr Khan’s theory is reportedly based on a study published in 2016 in the International Journal of Molecular Sciences.

The study found that mitochondria, which is described as the powerhouses of cells produce the hormone melatonin when exposed to sunlight.

Prior to this discovery, it was thought that melatonin, or the ‘sleep hormone’, as it is called, was made solely in the brain during the night.

Melatonin is believed to have antioxidant properties that supposedly prevent and slow the spread of cancer.

According to experts, the hormone is produced in the pineal gland in the brain and the release of this hormone into the body is controlled by light.

During the day, the levels of melatonin in the body are low as the eyes absorb light, and, as a result, we feel alert and not sleepy.

According to Dr Khan, in order to establish the link between mitochondria and NIR light, further studies by Killing Cancer Kindly are set to take place ‘as soon as possible.’

However, Dr Khan did not explain where his claims around 30 seconds of NIR reduces the risk of cancer was sourced from.

The doctor also reportedly states that on dull days, people should stay outdoors in the morning for up to 30 minutes.

This ‘detoxifies each and every cell in the body from the toxins that can damage your health and lead to cancer, he said.

A report featured in Wales Online informs that according to studies the average human body produces between 800 and 1,000 potentially cancerous cells every day. However, lifestyle and environmental risk factors can double this figure for some individuals.

The body removes or prevents these cells naturally with melatonin that supposedly seeks out and destroys free radicals.

But with age, the body’s detox system can fail and the accumulation of damaged cells can grow into cancer.

Dr Khan goes on to explain that, ‘The recent discovery in the US that the human body produces melatonin through sunlight exposure has completely transformed our understanding of this hormone, and its potential health benefits.

‘This research provides the basis of a scientific theory as to why some countries, most obviously in parts of Asia, the Middle and Far East, have significantly lower risk of developing cancer than we do in the UK and other Western countries.

‘It could well be because their inhabitants tend to rise very early and get exposed to morning sunlight, as part of their culture — and to escape the hottest part of the day — whereas Britons and other Western nations, as a general rule, do not.

‘If this theory can be scientifically proven, then early morning sunlight exposure will come to be recognised as the most powerful — and easily the cheapest and simplest — ultimate detox plan in history.

‘While we are waiting for those studies to commence, I believe the evidence thus far points to the benefits of NIR light and that it is in everyone’s best interests to catch as little as 30 seconds of the morning sun as early as they possibly can.’

Though the doctor said NIR light causes the highest production of melatonin in the morning, he did not offer any evidence to show it was most effective at this time.

Therefore, some experts have reportedly crushed his claim.

Fiona Osgun, Cancer Research UK’s senior health information manager states, ‘While NIR light is being used in some specific experimental cancer treatments, there is no evidence that it acts as a preventative measure to reduce the risk of cancer.

‘There are proven ways to reduce your risk of cancer, such as not smoking, keeping a healthy weight, cutting down on alcohol, and staying safe in the sun,’ she states.