Dilip Kumar is on oxygen support, not on ventilator 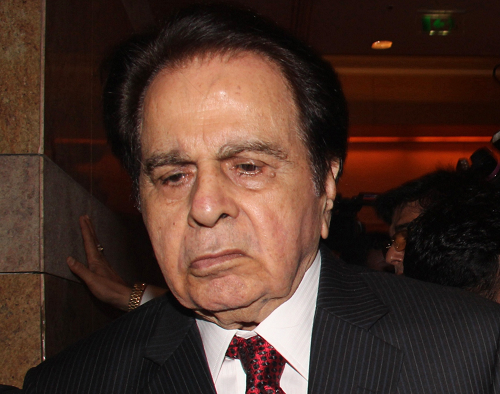 On Sunday morning, it was reported that veteran actor Dilip Kumar has been hospitalised due to breathlessness. This information was given to his fans via his Twitter handle.

The tweet read, “Dilip Sahab has been admitted to non-Covid PD Hinduja Hospital Khar for routine tests and investigations. He’s had episodes of breathlessness. A team of healthcare workers led by Dr. Nitin Gokhale is attending to him. Please keep Sahab in your prayers and please stay safe.”

Well, later there were reports that Kumar has been put on oxygen support and has been diagnosed with bilateral pleural effusion.  Dr Jalil Parker, who is monitoring the condition of the actor, told PTI, “He was feeling breathless, his oxygen was getting low, so he is on oxygen support. He has bilateral pleural effusion, which we are monitoring closely.”

On his Twitter handle an update on his health was posted. The tweet read, “Don’t believe in WhatsApp forwards. Saab is stable. Thank you for your heart-felt duas and prayers. As per doctors, he should be home in 2-3 days. Insh’Allah.”

This morning, once again a tweet was done giving an update on the 98-year-old actor’s health, “Update at 11:45am. Dilip Saab is on oxygen support – not on ventilator.  He is stable. Waiting for few test results to perform pleural  aspiration : Dr Jalil Parkar, chest specialist treating Saab. Will update regularly.”

A tweet was also posted requesting media, to only follow the health update that’s given on the Twitter handle. It read, “Request to media: Millions of Dilip Saab’s fans look upto you for update on his health. You have always done a great job. Please verify from this twitter handle instead of calling anybody who may not have direct knowledge. –FF.”

Well, we pray for his speedy recovery.