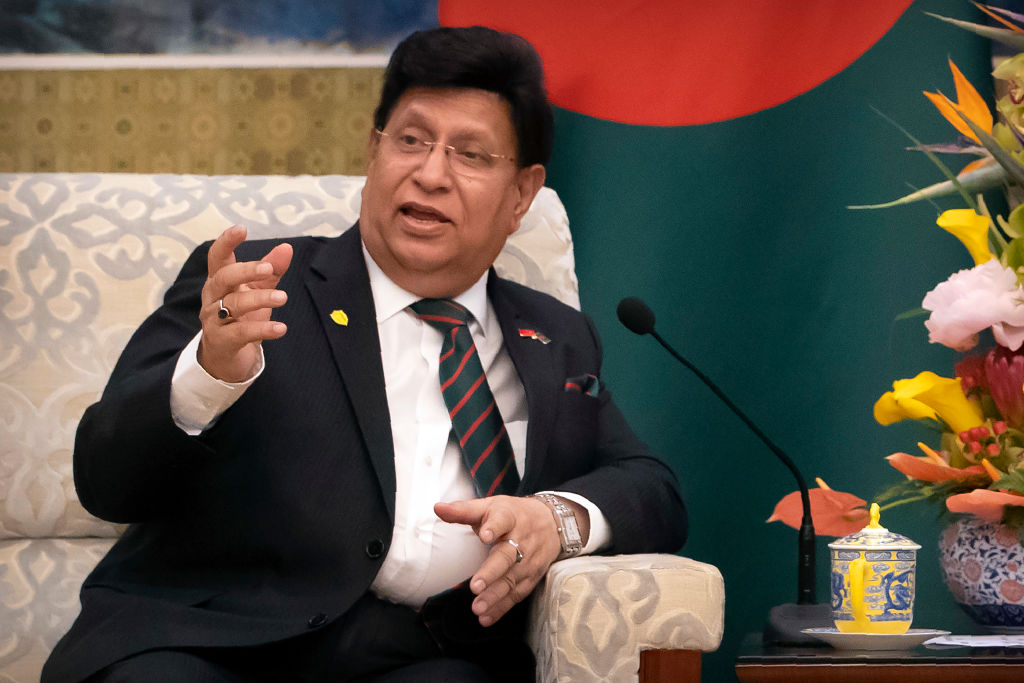 Bangladesh Foreign Minister AK Abdul Momen on Monday said Dhaka expects New Delhi to understand his country’s concerns about the recent developments in India over the amended citizenship act and the National Register of Citizens (NRC) in Assam.

Momen and Home Minister Asaduzzaman Khan cancelled their visits to India in December over the prevailing situation following the passage of the Citizenship Amendment Act (CAA) by the Indian Parliament.

Dhaka was also apparently upset following the roll out of the NRC in Assam even though India repeatedly conveyed to it that the issue was an internal matter of the country.    During a meeting with Foreign Secretary Harsh Vardhan Shringla, Momen said Dhaka expects Delhi to understand Bangladesh’s concerns about the recent developments in India over the CAA and the NRC.

He also expressed his fears if the developments could weaken India.     Shringla said the current unrest in India over the CAA were “temporary” and will be settled soon.

He reiterated New Delhi’s assurance that NRC and CAA would have no impact on Bangladesh.

“This (NRC) is a process that is entirely internal to India…You have our assurance on that count,” he said.

Dhaka is worried over reports that India may send back thousands of Bangladeshi immigrants under the new citizenship law according to which members of Hindu, Sikh, Buddhist, Jain, Parsi and Christian communities who have come from Pakistan, Bangladesh and Afghanistan till December 31, 2014 following religious persecution there will get Indian citizenship.

Prime Minister Sheikh Hasina had taken up the issue of NRC with Prime Minister Narendra Modi during their bilateral meeting in New York in September.   Meanwhile, the Indian High Commission in Bangladesh tweeted that Shringla conveyed to Momen that “India is looking forward to a successful visit” of Prime Minister Modi for ‘Mujib Borsho (Year)’.

The Bangladesh government will observe ‘Mujib Borsho (year)’ from mid-March to March 2021 across the globe.

Modi is expected to visit Dhaka on March 17.    According to a bdnews report, Momen also aired concerns over killings of Bangladeshis by India’s Border Security Force (BSF) and said these do not go with “friendship”.

Shringla assured Momen of steps to stop the killings, the report said.  Earlier in the day, Shringla met his Bangladeshi counterpart during which the two leaders held discussions on the plans for Modi’s upcoming visit to Dhaka to inaugurate the birth centenary celebrations of the country’s founder Bangabandhu Sheikh Mujibur Rahman.

Shringla also met Awami League Secretary General and Minister of Road, Transport and Bridges Obaidul Quader, it said.   The two leaders agreed that the relation between the two countries is of highest priority for both sides. They focussed on the need for efforts to continue to strengthen the partnership, the High Commission said.

Earlier, addressing a seminar on ‘Bangladesh & India: A Promising Future’, Shringla, who previously served as India’s high commissioner in Dhaka, said, “It is a pleasure to be in Dhaka, a city that always feels like a second home.”

He said his tenure as India’s High Commissioner in Dhaka “was one of the most fulfilling postings” of his career.

Noting that Prime Minister Modi has been specially invited to participate in the inaugural ceremony of ‘Mujib Barsho’, Shringla said, “We are looking forward to this visit, both because of the priority the Prime Minister attaches to this relationship, and even more so, because Bangabandhu is just so iconic – as a globally-recognized statesman and iconic symbol of liberation for Bangladesh and for our subcontinent.”

“For us in India, there is a special resonance to his name. He is as revered and as remembered in India, as he is here in Bangladesh,” he added.

The Foreign Secretary said in India too, there is a special resonance to Bangabandhu’s name. He is as revered and as remembered in India, as he is in Bangladesh.

“As Prime Minister Modi has said, Sheikh Mujibur Rahman is our national hero too. We are honoured to be part of the celebrations, including through the joint production of a special feature film on the life of Bangabandhu,” Shringla said.

Bangladesh has taken a series of initiatives to celebrate the ‘Mujib Year’, including to make a film on the Bangabandhu by noted Indian filmmaker Shyam Benegal.