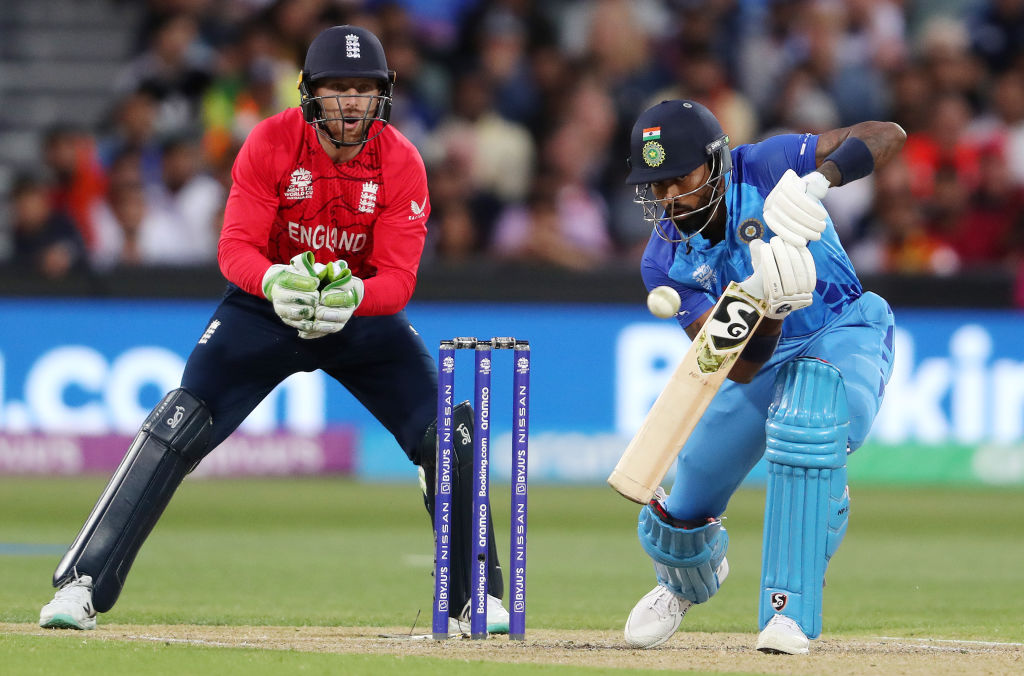 Following his side’s 10-wicket loss to England in the semifinal of the ICC T20 World Cup, Indian all-rounder Hardik Pandya took to social media to express his thoughts on his team’s exit, saying that he is “Devastated, gutted, hurt.”

He also thanked the support staff and fans for their help and support and remarked that his side fought for each other every step of the way.

“Devastated, gutted, hurt. Tough to take, for all of us. To my teammates, I’ve enjoyed the bond that we built – we fought for each other every step of the way. Thank you to our support staff for their endless dedication and hardwork for months on end,” tweeted Pandya.

“To our fans who backed us everywhere we went, we’re forever grateful. It wasn’t meant to be but we’ll reflect and keep fighting,” he added in another tweet.

Hardik Pandya had a solid T20 World Cup with the bat. In five innings across six matches, he scored 128 runs at an average of 25.60. This includes the half-century he hit against England in the semifinal.

The all-rounder was also one of the side’s best performers with the ball, taking eight scalps. He finished as the team’s second-highest wicket-taker behind pacer Arshdeep Singh (10 wickets).

Top knocks from openers Alex Hales and Jos Buttler powered England to an emphatic 10-wicket win over India in the second semi-final of the ongoing ICC T20 World Cup in Australia at Adelaide on Thursday.

With this, the final between England and Pakistan is set.