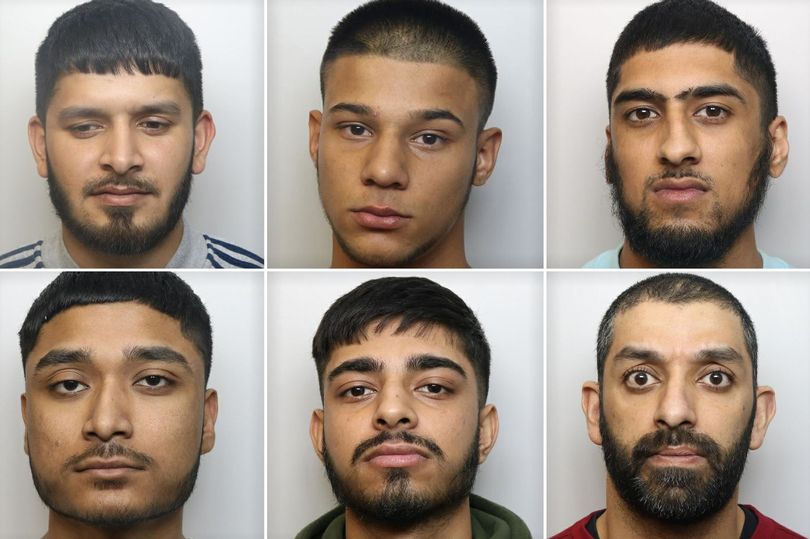 A Derby drug gang have been jailed for three decades for selling hundreds of thousands of pounds of high-purity cocaine on the city’s streets, police said in a statement.

All the defendants either pleaded guilty to or were found guilty after trial of conspiracy to supply cocaine except Nasar, who admitted converting criminal property.

Sentencing the group, Recorder Collingwood Thompson QC said: “Everyone knows cocaine is a highly addictive drug which causes misery and can lead to the death of users. A further consequence is that it can fuel other offences committed by addicts to feed their addiction.

“It can also provoke turf wars between gangs wishing to control the lucrative trade and violence is often the result. This was a significant and organised conspiracy and at its heart was Saqib Raja.”

Prosecutor Sarah Slater said that between August 2019 and March 2021, police estimate between 5kg and just short of 9kg went through the gang.

Slater said eight of the nine defendants were involved in the conspiracy and a ninth, Saqib Raja’s wife Nassar, laundered money made by her husband selling drugs.

The prosecutor said: “The day all of the defendants were arrested, March 15, 2021, a number of search warrants were executed at addresses associated with them.

“At an address in Porter Road, a number of exhibits were seized from a cupboard on the landing or hall. This included cocaine, a machete, digital scales, 422 half-gram deals of cocaine and a 1kg block of 77 per cent pure cocaine right at the back of the cupboard.”

Slater said evidence was gathered at the address, mainly from phone contact between them showing that all of the defendants were involved in the SK line.

She said: “The total estimated was £365,482 during the course of the conspiracy and the 1kg bock alone could have been worth £60,000 or more on the streets.

“It is estimated they were selling half a kilogram of cocaine per month, this was a slick operation in where Saqib Raja’s address, in Porter Road, was being used for reloads of drugs. That is where the drivers and runners were going to pick up their next batch of wraps.”

NHS to boost capacity ahead of winter