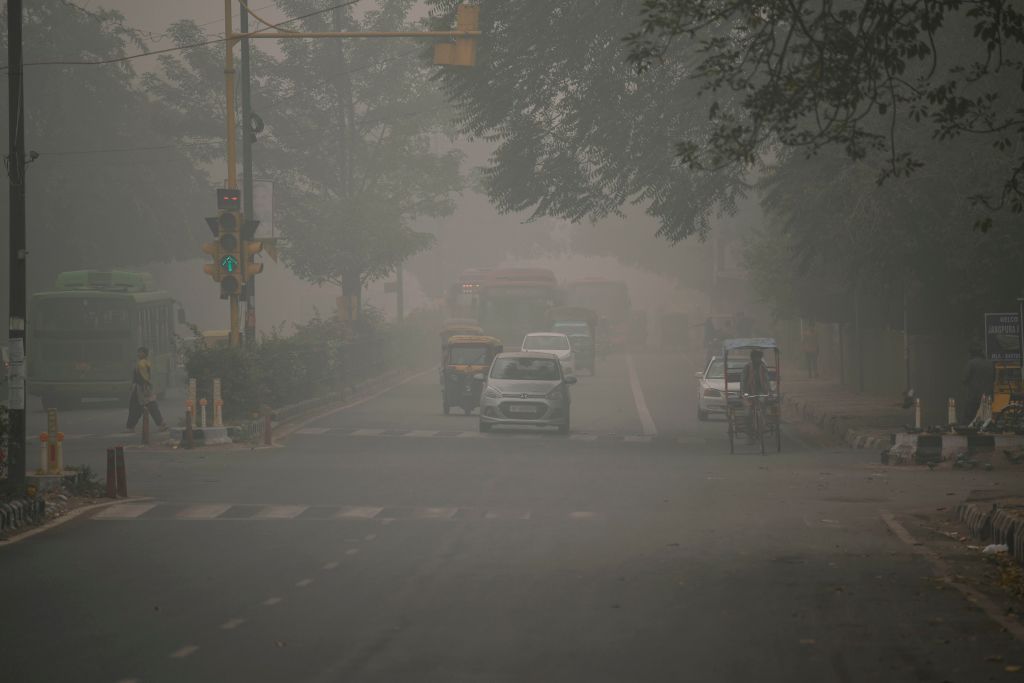 New Delhi, the capital city with the worst air quality worldwide, suffered its most toxic day in a year on Thursday, recording the concentration of poisonous PM2.5 particles at 14 times over the World Health Organisation safe limit.

A raging coronavirus epidemic, with more than 400,000 confirmed cases in the city of 20 million, has heightened alarm over the health hazard posed by the choking smog, with doctors warning of a sharp increase in respiratory illnesses.

“At this time in Delhi, coronavirus and pollution are causing a major havoc,” Arvind Kejriwal, Delhi’s chief minister said in a recorded video on Twitter.

“We are seeing all round the sky is covered with smoke, and because of this the situation from coronavirus is worsening.”

The deadly PM2.5 particles are less than 2.5 microns in diameter, can penetrate the lung barrier and enter the blood system, potentially causing cardiovascular and respiratory diseases including lung cancer, according to WHO.

“Woke up with a feeling that poisonous garbage is stuck in my windpipe,” said Rahul Ojha, a resident who tagged government authorities in a tweet, blaming them for inaction.

Delhi’s air pollution typically worsens in October and November due to farmers burning off stubble in surrounding states, traffic fumes and windless days.

On Thursday, the federal air quality and weather monitoring agency recorded 4,135 incidents of farm fires – the highest of the season. Firecrackers ignited for a Hindu festival on Wednesday added to the problem, some people said.

If the air quality stays in the severe zone for 48 hours, authorities could bar vehicles entering Delhi, shut down construction, and stop half the cars owned by residents from being driven on roads through an odd-even scheme.