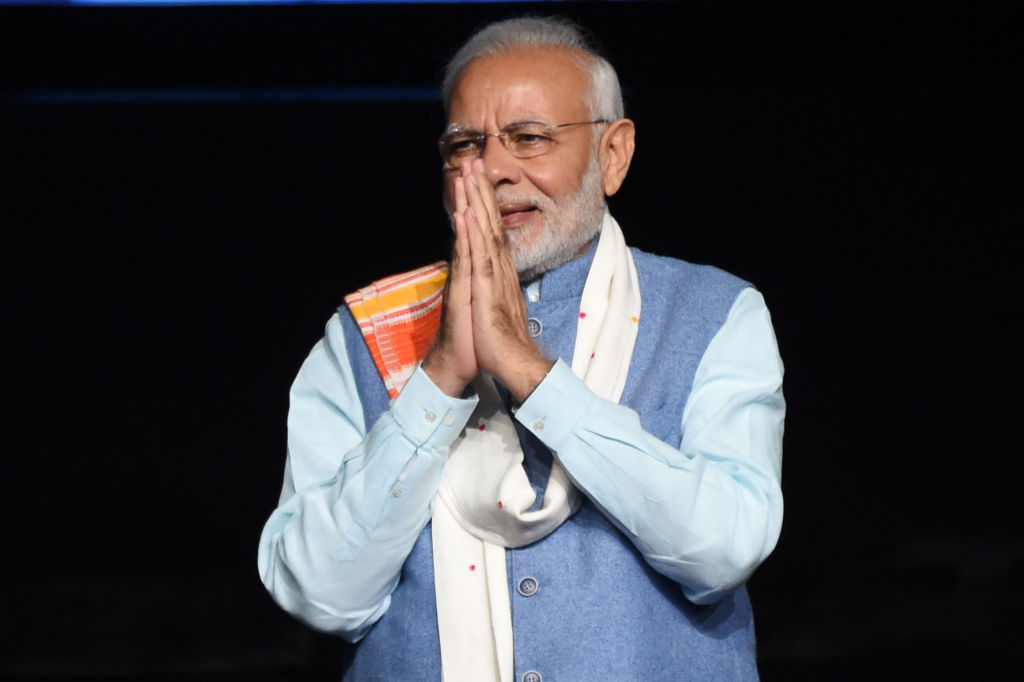 India’s Prime Minister Narendra Modi gestures, during the “Yoga for Peace” event in Buenos Aires, on November 29, 2018, on the eve of the G20 Leaders’ Summit. – Global leaders gather in the Argentine capital for a two-day G20 summit beginning on Friday likely to be dominated by simmering international tensions over trade. (Photo by Martin BERNETTI / AFP) (Photo credit should read MARTIN BERNETTI/AFP via Getty Images)

Indian students said they would show again a BBC documentary about Prime Minister Narendra Modi that the government has dismissed as propaganda after a Tuesday campus screening was disrupted by a power cut and intimidation by rivals.

The Students’ Federation of India (SFI) plans to show the documentary, “India: The Modi Question”, in every Indian state, its general secretary told Reuters on Wednesday.

Modi’s government has labelled the documentary, which questioned his leadership during riots in his home state of Gujarat in 2002, as a “propaganda piece” and blocked its airing and barred the sharing of any clips on social media in India.

Modi was chief minister of the western state during the violence in which more than 2,000 people were killed, most of them Muslims.

“Imposition of undeclared emergency continues … but they won’t stop the voice of dissent,” said Mayukh Biswas, general secretary of the SFI, the student wing of the Communist Party of India (Marxist).

At the Jawaharlal Nehru University in New Delhi, hundreds of students watched the documentary on mobile phones and laptops on Tuesday after power was cut in the campus before a scheduled screening, said student leader Aishe Ghosh.

The university had threatened disciplinary action if the documentary was screened, saying it had not given permission for a show that might disturb peace and harmony on campus.

“It was obviously the administration that cut off the power,” Ghosh said. “We are encouraging campuses across the country to hold screenings as an act of resistance against this censorship,” Ghosh said.

The media coordinator for the university administration did not comment when asked about the power cut on the campus.

Ghosh said members of a right-wing student group threw bricks at the students hoping to watch the documentary hurting several, and students had complained to police.

A spokesman for the right-wing student group did not respond to a message seeking comment.

A police spokesperson did not immediately respond to queries.

Modi has denied accusations that he did not do enough to stop the riots and was exonerated in 2012 following an inquiry overseen by the Supreme Court. A petition questioning his exoneration was dismissed last year.

The BBC has said the documentary was “rigorously researched” and involved a wide range of voices and opinions, including responses from people in Modi’s Hindu nationalist Bharatiya Janata Party.