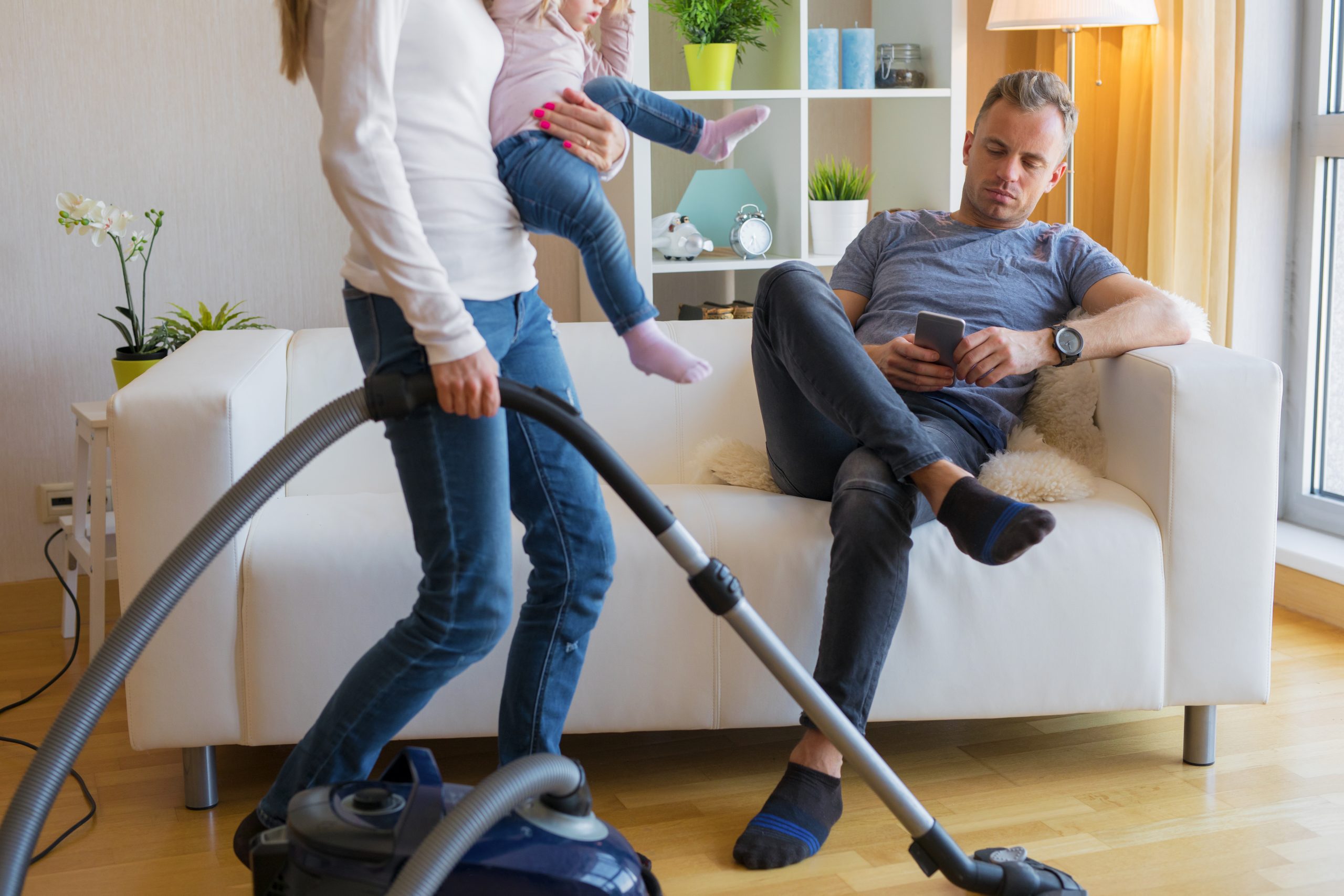 It was revealed in March this year, that women in the UK do 70 more minutes of housework every day than men. The women apparently spend an average of two hours and 49 minutes cleaning, cooking, doing laundry, and the dishes.

However, according to research based on data from 200,000 people men spend only one hour and 39 minutes on similar chores.

So, are you one of those women who does all the cleaning, cooking, and household chores while your husband or boyfriend sits back and relaxes? Well, according to scientists you may be dating a ‘man-child,’ the Daily Mail reports.

According to a new study, researchers have now stated that the phenomenon where a partner is seen as a ‘dependent’ is real. Also, apparently, lazy men get less sex because being a ‘man-child’ is supposedly a huge turn-off for women.

The word ‘man-child’ which has been used colloquially for decades by women who were frustrated with life, comes from the role of a partner and child being blurred.

For instance, women perceive their husbands or partner as ‘dependent’ due to their lack of contribution and help toward housework.

For the study, more than 1,000 women in Australia and Canada who were in relationships with men were asked about how they viewed their partner.

They were reportedly studied to see how dating a ‘man-child’ impacted their sex drive.

The study comprised of women participants who came from all over the world and who had children under the age of 12.

The women were reportedly asked to rate if they agreed with statements such as: ‘Sometimes I feel as though my partner is like an extra child I need to look after.’

Another statement was: ‘It’s too hard to teach family members the skills necessary to do the jobs right, so I’d rather do them myself.’

The women in the study were also quizzed about how household chores were divided in their relationship. These household tasks reportedly included washing dishes, cooking meals, washing, and ironing, driving household members to school and work, and paying bills.

The women in the study that was led by psychologist duo Dr Emily Harris, of the University of Melbourne, and Professor Sari van Anders, of Queen’s University, Ontario were also supposedly asked how much they desired their partner sexually.

The study results found that those women who were responsible for more housework than their husbands or boyfriend were overwhelmingly likely to view their partner as a dependent.

Also, the way in which their partner was perceived (as a dependent) was linked to having less sexual desire for them.

Commenting about the results, Dr Harris and Prof. Anders reportedly said: ‘When taken together, you could say women’s partners were taking on an unsexy role – that of a child.’

The pair also claims that other factors could explain the findings of the study.

For example, those women who feel they are dating a ‘man-child’ may choose to do more household tasks.

Or, viewing their partner as a ‘dependent’ may stem from their lack of desire to have sex with their partner.

Additionally, as this study was completely based on male-female relationships, it is not known if the phenomenon can be discovered in same-sex relationships.

However, the experts believe that one person in a relationship may take on more of a ‘feminine’ role, which means the ‘man-child’ phenomenon could probably be found in same-sex and gender-diverse relationships as well.

The full results of this study were reportedly published in the journal Archives of Sexual Behavior.