Darling of the UK right, Braverman gets govt’s toughest job 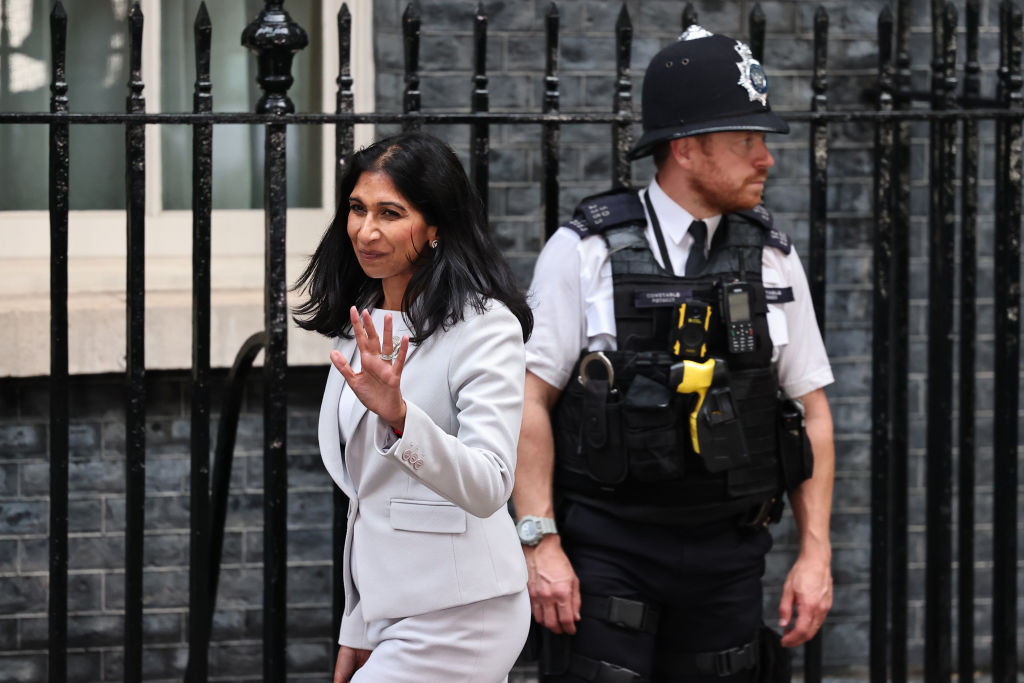 LONDON, ENGLAND – SEPTEMBER 06: Suella Braverman arrives at at Downing Street on September 6, 2022 in London, England. The new prime minister assumed her role at Number 10 Downing Street today and set about appointing her Cabinet of Ministers. (Photo by Rob Pinney/Getty Images)

New UK interior minister Suella Braverman is admired by the right for her attacks on “woke” politics but her legal acumen will be put to the test when tackling one of the government’s toughest jobs.

Braverman, 42, was appointed attorney general a year ago, serving as the government’s principal legal adviser, having worked as a lawyer before becoming an MP in 2015.

The government is currently embroiled in a legal battle to implement its plan to send migrants illegally crossing the Channel to Rwanda.

Finding a solution to the thorny political issue, which ultimately scuppered predecessor Priti Patel, will be made her top priority.

But she faces an intense legal fight.

An intervention by European courts has so far prevented the removal of any migrants, and a full hearing is ongoing.

Braverman, whose parents are of Indian origin and emigrated to Britain in the 1960s from Kenya and Mauritius, was one of the first to declare her leadership bid following Boris Johnson’s downfall.

Her credentials as an arch-Brexiteer and right-wing culture warrior have made her popular with Conservative Party members.

She is one of 28 so-called “Spartan” Tory MPs, who refused to back ex-prime minister Theresa May’s Brexit deal on all three occasions it was voted on in parliament.

Braverman has also said that owing to the energy crisis fuelled by the war in Ukraine, “we must suspend the all-consuming desire” to achieve net zero carbon emissions by 2050.

She has praised the British Empire as a “force for good” and said that as Conservatives, “we are engaged in a battle against Cultural Marxism”.

Anti-racism campaigners criticised her use of the phrase, which is linked to the far-right, as anti-Semitic, an accusation she rejected.

Despite her popularity with the grassroot members, her views are less popular among fellow Tory MPs, who eliminated her from the leadership contest at the third hurdle.

She then threw her support behind eventual winner Liz Truss, the new prime minister.

Braverman, who has two children, was born in Harrow, northwest London, in 1980.

She read law at the University of Cambridge, where she was president of its Conservative Association, and completed a master’s degree at Pantheon-Sorbonne University in Paris.

After several failed attempts to enter politics, Braverman was elected to the House of Commons as the MP for Fareham, in southern England, in 2015.

She is a member of the Triratna Buddhist Community and took her oath of office on the Dhammapada, one of the best-known Buddhist scriptures.