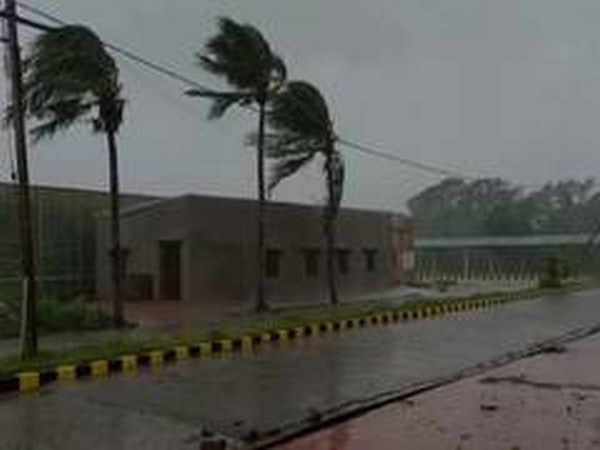 Bangladesh has shifted over two million people to storm shelters and deployed its military to deal with cyclone ‘Amphan’ as the powerful weather system is set to make a landfall, authorities said on Wednesday.

Authorities have already raised the alert level to ‘great danger’ for some districts in the country as the cyclone, the most powerful storm since cyclone ‘Sidr’ killed nearly 3,500 people in 2007, was approaching the country’s coastline.

The Bangladesh Army, Navy and Air Force have made preparations to tackle the super cyclone which has moved within 400km of Bangladesh’s coast and is expected to make landfall on Wednesday evening’.

The cyclone is expected to make landfall at 6pm on Wednesday, State Minister for Disaster Management and Relief Enamur Rahman was quoted as saying by the report.

On Tuesday, the authorities began to move nearly 2.2 million people to storm shelters to avoid casualties.

The Navy has deployed 25 ships as part of three-tier efforts to conduct emergency rescue, relief and medical operations in the immediate aftermath of the super cyclone, the report said.

Two maritime patrol aircraft and two helicopters were also at the ready to conduct search operations over the Bay of Bengal and in the coastal districts, the Inter Services Public Relations Directorate (ISPR) said.

The Army has prepared 18,400 packets of relief materials and formed 71 medical teams. As many as 145 disaster management teams with special equipment are also ready to be deployed at short notice, the ISPR said.

The Army Aviation Group would join rescue and relief operations, it said.

The Air Force will assess the possible damage along with medical, relief and rescue efforts by using six transport aircraft and 22 helicopters, it said.

The meteorologists said the world’s largest mangrove forest, the Sundarbans, was likely to absorb the main brunt of the Amphan onslaughts as it has done many times over the centuries, leading to a less number of human casualties.

“The Sundarbans always absorbed the brunt of cyclones whichever hit the coastlines alongside the Bangladesh-India, we expect the forest to face the initial impact of Amphan like foot soldiers this time as well,” Bangladesh’s Meteorology Department Director Shamsuddin Ahmed told on Tuesday.

Leading global storm tracker AccuWeather on Tuesday described Amphan as the first super cyclone in the Bay of Bengal since 1999, fearing the “ferocious” storm to unleash extreme impacts across Bangladeshi and northeastern Indian coastlines.