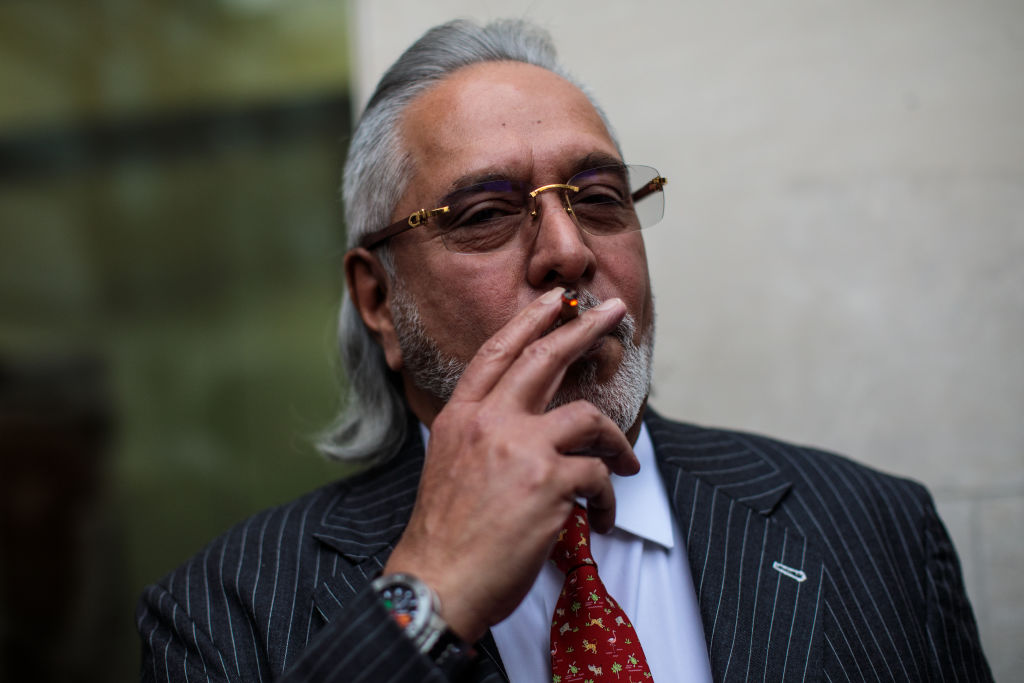 LONDON, ENGLAND – DECEMBER 10: Indian businessman Vijay Mallya smokes during a break in his extradition ruling at Westminster Magistrates Court on December 10, 2018 in London, England. India is seeking to extradite Mr Mallya from Britain to face criminal action over loans taken out by his defunct Kingfisher Airlines and debts amounting to £1.1 billion pounds, which Indian authorities say Kingfisher owes. (Photo by Jack Taylor/Getty Images)

The Nepalese passenger plane, which crashed into a river gorge on Sunday with 72 people onboard, was previously used by the now-defunct Kingfisher Airlines owned by liquor baron Vijay Mallya, according to Cirium Fleets data.

Yeti Airlines’ 9N-ANC ATR-72 aircraft took off from Kathmandu’s Tribhuvan International Airport at 10:33 am on Sunday and crashed on the bank of the Seti River between the old airport and the new airport in Pokhara, minutes before landing, according to the Civil Aviation Authority of Nepal.

At least 68 people, including five Indians, were feared dead, officials said, in Nepal’s worst aviation tragedies in over three decades.

According to Cirium Fleets data, which tracks aircraft fleet, equipment and its cost, the 9N-ANC aircraft was delivered to the now-defunct Kingfisher Airlines in 2007.

Six years later, it was bought by Thailand’s Nok Air, before it was sold to Nepal’s Yeti Airlines in 2019, it said.

Cirium Fleets data noted that the aircraft was managed by lessor Investec Bank, and owned by KF Turbo Leasing.

The ill-fated Yeti Airlines’ aircraft was also an ATR-72 aircraft.

It was the first instance that such a model met with an accident in Nepal’s chequered aviation history.

The ATR-72 is a twin-engine turboprop, short-haul regional airliner developed in France and Italy by aircraft manufacturer ATR, which is a joint venture between French aerospace company Aerospatiale and Italian aviation conglomerate Aeritalia.

The number “72” in its name is derived from the aircraft’s typical standard seating capacity of 72 passengers.

Mishandling, malfunctioning of aircraft system or pilot fatigue could be among the factors that caused the deadly plane crash in Nepal that killed at least 68 people on Sunday, according to pilots and an aircraft accident investigation expert.

They said the exact reasons that led to the accident will be known only after a detailed investigation.

Going by the video clips on social media purportedly showing the plane’s trajectory seconds before it crashed, it was a clear sky and the weather was not bad.

An aircraft accident investigator told PTI that going by one of the video clips, the nose of the aircraft slightly went up and the wings drooped to the left side before the crash happened, and there could have been a stall.

Meanwhile, the black boxes of the Yeti Airlines aircraft were recovered from the accident site on Monday, officials said.