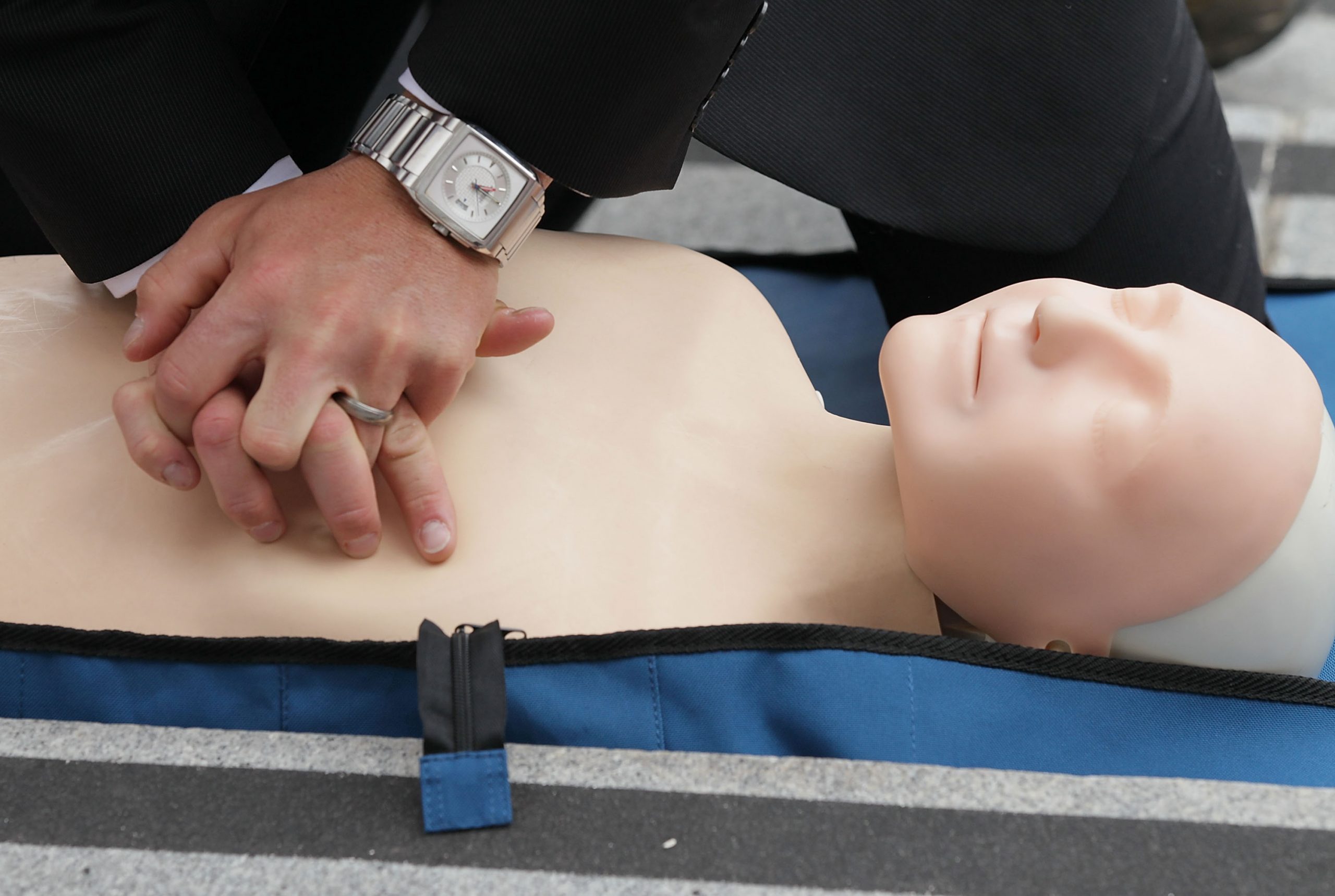 Thousands of people die of cardiac arrests in the UK and the US, every year. However, cardiopulmonary resuscitation (CPR) training can help improve the odds of survival if someone suffers a cardiac arrest, which is a sudden loss of heart function.

CPR can be used in emergency situations by bystanders to try to restart the heart if it has stopped and if someone is not breathing and is unconscious.

However, doctors have claimed that the mannequins used to practice life-saving CPR are not diverse enough, stating that this may impact survival rates of cardiac arrests in the real world, the Daily Mail reports.

Therefore, researchers are wanting to do away with the dependence on default ‘lean white male’ models. They believe that doing so will help to get rid of the ‘bias’ among onlookers and help to improve the survival of additional groups.

The researchers reportedly claim that this would be done by ‘changing the perception of sudden cardiac death’ which means people will recognise that cardiac arrests don’t just happen to white men.

The experts presented the findings of their Determining the Importance of Various gEnders, Races, and body Shapes for CPR Education (DIVERESE) study and have written about it in the Canadian Journal of Cardiology.

Academics from Canada and Argentina discovered that fewer than 10% of mannequins that were used on social media to promote CPR represented black or Asian people.

Also, according to the study, none of the mannequins were of pregnant women and hardly any were of fat people.

The mannequins which are often provided free by charities for CPR training can cost hundreds of pounds each.

Researchers reportedly found that almost all the mannequins used in training videos and images that were posted on social media by North and South American organisations between September 2019 and September 2021 were videos or images of white lean males.

A total of 211 images were analysed, and only 1.8% were of fat dummies, 15.2% were dummies of females, and only 3.8% were of models portraying a black person. Additionally, just 1.4% represented an Asian person.

It was also observed that the engagement for the posts that featured white mannequins was higher in comparison to those that contained racially diverse mannequins.

The researchers’ new study follows on from an audit of mannequins used in CPR certification courses which discovered that the vast majority use lean, white male models – an issue which they have reportedly described as ‘problematic’.

The researchers state, ‘Because of the limited representation of women, racially diverse, and non-lean mannikins in CPR certification, we propose the idea that this apparent bias might affect effective CPR on patients in real life.’

Dr Adrian Baranchuk lead investigator and, an expert in medicine from Queen’s University in Ontario, reportedly said that the issue of diversity in CPR dummies was crucial.

He is reported as saying, ‘Diversity training is an important target for CPR education as it would theoretically change the perception of sudden cardiac death in a broad population.’

He adds, ‘Awareness of this issue is crucial so that educational tools are representative of populations needing CPR in real life.’

However, according to the expert, more research is required to suggest solutions to this issue.

He said, ‘Future work should investigate solutions to minimize the implicit bias present in media posts of mannikins such as increasing the exposure to racially diverse mannikins with high frequencies to override preconceived notions.

‘The link between improved mortality rates in diverse groups and an increase in bystander CPR rates with diverse individuals would be a future point of interest to study.’

Though the UK doesn’t have a directly comparable statistic, it is estimated that only 50% of out-of-hospital cardiac arrests (OHCAs) are witnessed by a bystander, while the rest happens when someone is alone at home, in a public place or in their workplace.

There are reportedly about 30,000 OHCAs in the UK every year, and just one in 10 people survive.

However, early CPR can double the odds of a patient surviving.

Researcher Nicholas Grubic, also of Queen’s Department of Medicine, is of the opinion that the issue highlighted by researchers should be addressed by public health authorities.

He is quoted as saying, ‘The paucity of mannikins representing non-lean, female or pregnant individuals identified by this analysis is concerning.

‘This study provides important data to suggest that implicit biases in OHCA exist and that these biases may influence disparities in OHCA training, care, and outcomes.

‘Novel strategies that aim to alter historical perceptions of resuscitation and OHCA, which are rooted in cultural appropriation and lack of diversity, should be a public health priority.’